Green energy is a sham. Solar panels and wind farms cause hidden environmental destruction. Renewable energy isn’t perfect — so why bother with it at all?

These are the strange takeaways from a video released last week on YouTube that currently has over 3 million views — and no, it’s not a Koch brothers propaganda film trumpeting the merits of oil. It’s Planet of the Humans, a new 100-minute climate change documentary executive-produced by Michael Moore, well-known political contrarian, and written and directed by Jeff Gibbs, a filmmaker who has worked with Moore in the past.

Climate change documentaries are kind of old news at this point. In 2006, Al Gore converted his scary global warming PowerPoint presentation into a surprise blockbuster film, An Inconvenient Truth. In the 2016 film Before the Flood, actor Leonardo DiCaprio intoned, over a photo of Hieronymus Bosch’s “Garden of Earthly Delights,” that the earth was a “paradise that had been degraded and destroyed.”

Moore and Gibbs’ film does something different — but not in a good way. The YouTube film is ostensibly about climate change, but in reality Gibbs spends most of the “documentary” — if you can even call it that — railing against the problems of renewable energy and spinning out conspiracy theories about Gore and other environmentalists. The handful of good points in the movie are largely drowned out by garbled science and hand-wringing over global population growth. It’s not that renewables don’t have any negative impacts on the environment; they do. But using that as a reason to abandon green energy sort of throws the baby out with the bathwater.

Early on in the film, Gibbs, speaking in his trademark robotic monotone, attends a press conference for the newly released Chevrolet Volt in Lansing, Michigan. As a General Motors spokesperson plugs the car in, a utility representative explains that the Lansing electricity grid powering the vehicle is about “95 percent coal.” Gibbs, startled, muses if electric vehicles help the climate at all.

This is trademark Planet of the Humans. Across the United States, about 40 percent of electricity is generated by renewables or nuclear energy — and comprehensive studies have shown that electric cars ultimately result in lower CO2 emissions. Gibbs either doesn’t know this or doesn’t care to point it out. Throughout the film, he overlooks substantive research, preferring to cherry-pick facts, make sweeping generalizations, and engineer “gotcha” moments on camera.

In the first half of the film, Gibbs visits green energy projects accompanied by Ozzie Zehner, a visiting scholar at Northwestern University who wrote a book called Green Illusions. Zehner is not a scientist. In fact, to my count, Gibbs doesn’t interview a single climate scientist in the entire movie, preferring anthropologists and sociologists. While these disciplines have an important role to play in addressing climate change, if you’re trying to assess the environmental impact of renewables, why not ask the people who study it for a living?

In one shot, Zehner stands in the desert in front of the Ivanpah Solar Power Facility in Southern California. Because the facility uses some natural gas in its operations, he says, “you would have been better off just burning the fossil fuels to begin with.” This analysis is demonstrably false. Even taking into account the manufacturing and fuel requirements of wind, solar, and nuclear plants, these renewable technologies have a far lower climate impact than oil or gas. In another segment, the camera zooms in on power lines connecting Tesla’s Nevada Gigafactory to the electrical grid — and assumes that this means Elon Musk must be lying about his factory’s commitment to 100 percent renewable energy. (It doesn’t.) 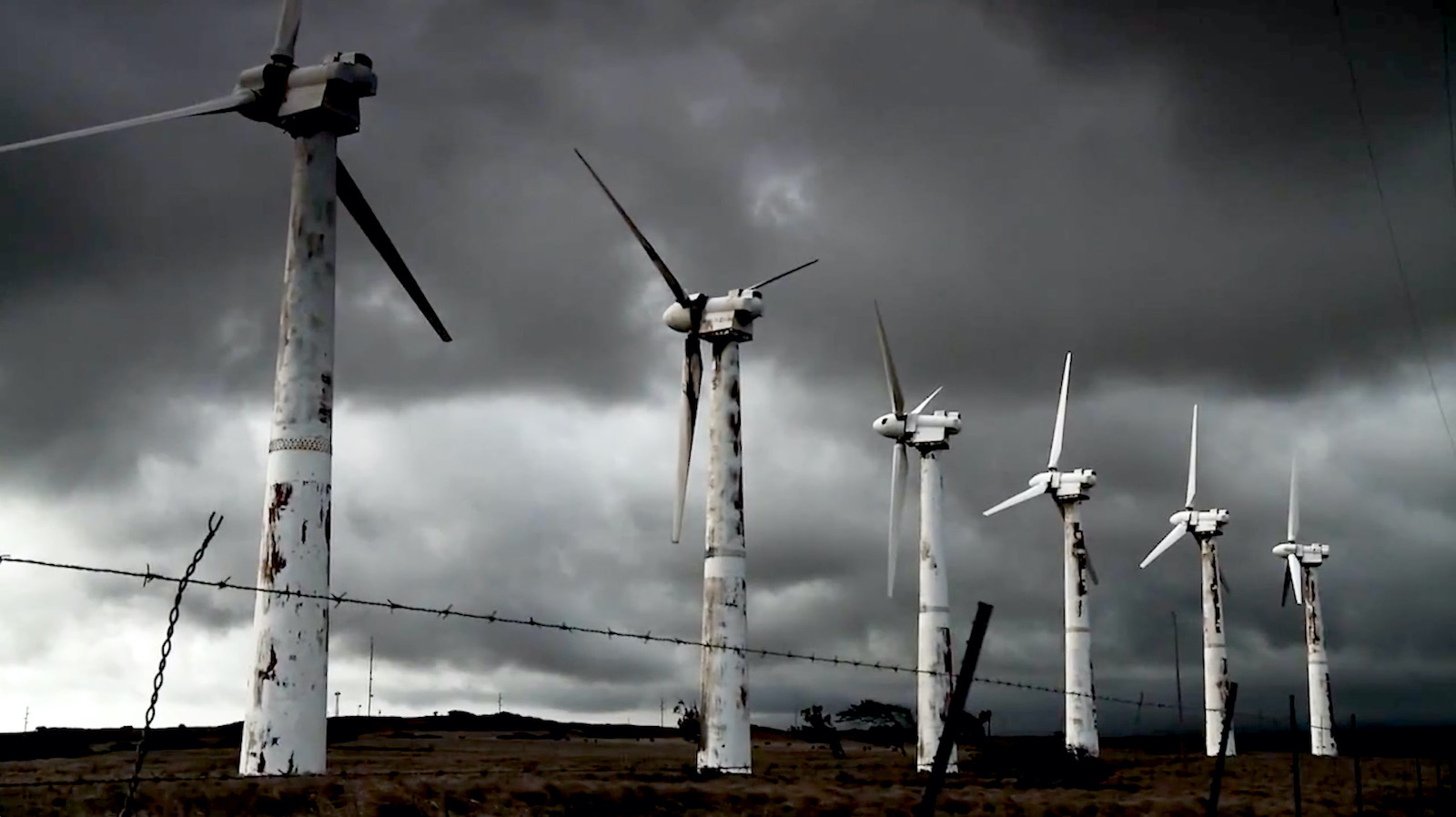 Abandoned wind turbines stand against an ominous sky in a still from the documentary. Planet of the Humans

Indeed, the documentary is so misleading in places that some activists and scientists are calling for it to be removed from online platforms. Josh Fox, director of the anti-fracking documentary Gasland, wrote an open letter arguing that the movie “employs specious techniques of misinformation to deliver a deeply cynical and misleading message.”

There are occasional moments of clarity. Gibbs critiques the extractive mining practices that are required to build solar panels and lithium batteries (accompanied by an intense montage that makes manufacturing a solar panel look like a trip to the fires of Mordor). He also persuasively argues that burning trees for biomass should not be considered a “renewable” energy source because it can lead to deforestation.

The difficulty of Planet of the Humans is that Gibbs mixes these legitimate concerns with more bizarre complaints. He is shocked to find out that solar and wind power are “intermittent” — that is, that there’s no solar power when the sun sets and there’s no wind power when the breeze stops — and thus have to be supplemented by other energy sources, like nuclear or fossil fuels.

The second half of the film is a jumbled and garbled set of conspiracy theories relating to the Koch brothers, the Sierra Club, Al Gore, and other prominent environmentalists. There is also a legitimate critique, made in the film’s last half-hour, that corporate America is currently engaged in a practice known as “greenwashing”: Companies increasingly tout their “sustainability” initiatives while continuing to pollute the environment behind the scenes, and the environmental movement has, in some cases, staked out an easy alliance with big business (perhaps under the assumption that something’s better than nothing). “Environmentalists are no longer resisting those with a profit motive,” Gibbs intones, “but collaborating with them.”

But even this valuable critique is largely lost in the weeds of the documentary’s troubling framing. The real problem, according to Gibbs, is the human race itself. “It’s not the carbon dioxide molecule destroying the planet,” he narrates. “It’s us.” He stops short of overtly advocating for population control, preferring to rail against human consumption in the abstract. Still, it gives the film a chilling undertone. At one point, a psychologist Gibbs is interviewing quotes the French philosopher Albert Camus: “There’s only one liberty, to come to terms with death. Thereafter anything is possible.”

Gibbs and Moore certainly did not expect Planet of the Humans to come out in the midst of a global pandemic rapidly claiming lives around the world. But Gibbs sees the coronavirus as proof of the ideas he put forth in the film. “The fact that within days animals are coming back and the skies are blue tells us that we don’t have to build a million square miles of solar panels or buy a zillion electric cars,” he told Reuters last week. “If we just slow down and stop we can make a tremendous difference instantly.”

Unfortunately, that’s just not true. Despite the global lockdown, we’re still on track to release 95 percent of our normal carbon dioxide emissions. The thing that could make all the difference? Renewable energy.