Renewables didn't cause California's blackouts. So what did? 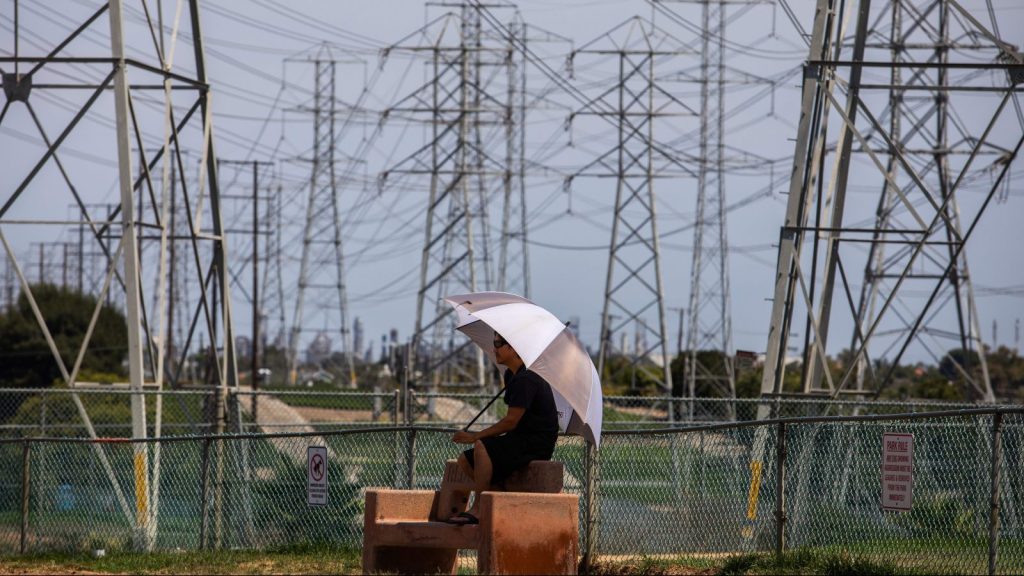 Photo by APU GOMES / AFP via Getty Images
power down

Renewables didn’t cause California’s blackouts. So what did?

Energy grids are straining under the weight of millions of air conditioners as heat has engulfed the western United States. In California, which might have just recorded the highest temperature ever on earth, the strain was too much last weekend: The system broke, albeit briefly, and power went out for millions. People are already pointing fingers, with many blaming California’s attempts to get more of its electricity from the wind and the sun, sources of power seemingly as fickle as the weather.

Except that it isn’t so simple. Clearly, solar panels didn’t cause rolling blackouts. “It is ridiculous to claim wind and solar are the problem,” said Saul Griffith, co-founder of the green policy group Rewiring America. “Solar produces when people need air conditioning.”

If the manager of the state’s grid could snap and make all the solar panels disappear, that would have only made the problem worse. In that sense, renewable energy is a boon, not a burden, according to Steve Berberich, president and CEO of California Independent System Operator, or ISO, which handles the flow of electricity in California.

“This is a resource issue, not a renewable issue,” Berberich said.

But when Berberich talks about “a resource issue,” he’s criticizing the way California has gone about shifting to renewables. The state has been weening its electrical system off fossil fuels by closing dirty plants and building lots of renewables for nearly 20 years. It also closed down a major nuclear power plant in 2012 and shut down 5 gigawatts worth of power plants (mostly natural gas plants) just since 2018. The upshot is that California doesn’t have as much power available at the flip of a switch — and more available at the whims of the sun and wind. In fact, California might have avoided blackouts if the wind had cooperated.

“The wind had been very good, and then it ran out,” Berberich said. “If the wind hadn’t run out on us, we would have been OK.”

Last year, ISO predicted that California would not be able to generate enough electricity to meet its needs by as soon as … this year. In recent weeks, Berberich has criticised state policymakers for closing plants without providing adequate alternatives.

The takeaway: California didn’t cause this problem by erecting lots of wind turbines and solar panels. But closing fossil-fired plants without providing adequate backups certainly did lead to the blackouts.

California business associations called on lawmakers this week to provide a more “diversified” set of electricity generation options. Policy makers should support hydroelectric dams, and keep gas plants open for emergencies like this, said Rob Lapsley, president of the California Business Roundtable. He said his association supports California’s goals to cut carbon emissions, but he thinks the state shouldn’t be shutting down gas plants so quickly. “We are not there yet,” he said. “We are not ready.”

Governor Gavin Newsom appears to be thinking along similar lines: He is trying to get more power plants ready that mostly sit dormant (known as peaker plants) but provide a lot of energy in an emergency. And Newsom signed an executive order to temporarily lift pollution controls on power plants in the evening when the supply of electricity is tightest.

Griffith offered up a different solution. He’d double down on renewables, roll out rooftop solar panels, batteries, and more “demand response” programs to get people to conserve energy when the grid is under strain.

The state’s existing demand-response programs have already made a big difference. When the energy operator asked Californians to reduce their electricity use this week, they responded in a big way. With thousands switching off the lights and unplugging their toasters, it freed up thousands of megawatts of electricity, equivalent to hooking up a big natural gas plant to the grid.“The operators downstairs in our control room told me they’ve never seen a response like this,” Berberich said. “I am stunned by the conservation efforts.”