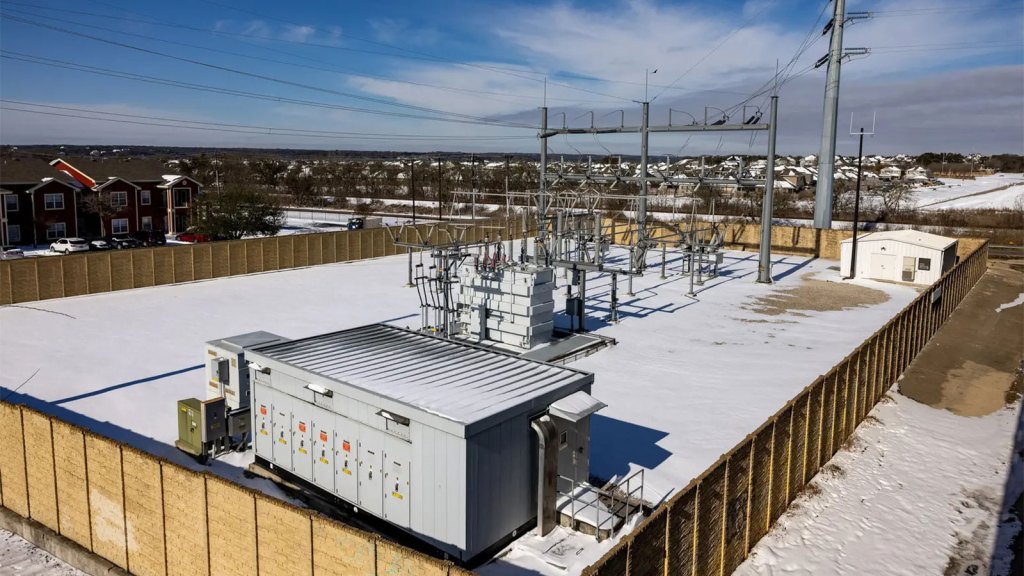 This story was originally published by The Texas Tribune.

Millions of Texans have gone days without power or heat in subfreezing temperatures brought on by snow and ice storms. Limited regulations on companies that generate power and a history of isolating Texas from federal oversight help explain the crisis, energy and policy experts told The Texas Tribune.

While Texas Republicans were quick to pounce on renewable energy and to blame frozen wind turbines, the natural gas, nuclear and coal plants that provide most of the state’s energy also struggled to operate during the storm. Officials with the Electric Reliability Council of Texas, or ERCOT, the energy grid operator for most of the state, said that the state’s power system was simply no match for the deep freeze.

Energy and policy experts said Texas’ decision not to require equipment upgrades to better withstand extreme winter temperatures, and choice to operate mostly isolated from other grids in the U.S. left power system unprepared for the winter crisis.

Policy observers blamed the power system failure on the legislators and state agencies who they say did not properly heed the warnings of previous storms or account for more extreme weather events warned of by climate scientists. Instead, Texas prioritized the free market.

“Clearly we need to change our regulatory focus to protect the people, not profits,” said Tom “Smitty” Smith, a now-retired former director of Public Citizen, an Austin-based consumer advocacy group who advocated for changes after in 2011 when Texas faced a similar energy crisis.

“Instead of taking any regulatory action, we ended up getting guidelines that were unenforceable and largely ignored in [power companies’] rush for profits,” he said.

In 2011, Texas faced a very similar storm that froze natural gas wells and affected coal plants and wind turbines, leading to power outages across the state. A decade later, Texas power generators have still not made all the investments necessary to prevent plants from tripping offline during extreme cold, experts said.

Woodfin, of ERCOT, acknowledged that there’s no requirement to prepare power infrastructure for such extremely low temperatures. “Those are not mandatory, it’s a voluntary guideline to decide to do those things,” he said. “There are financial incentives to stay online, but there is no regulation at this point.”

The North American Electric Reliability Corporation, which has some authority to regulate power generators in the U.S., is currently developing mandatory standards for “winterizing” energy infrastructure, a spokesperson said.

Texas politicians and regulators were warned after the 2011 storm that more “winterizing” of power infrastructure was necessary, a report by the Federal Energy Regulatory Commission and the North American Electric Reliability Corporation shows. The large number of units that tripped offline or couldn’t start during that storm “demonstrates that the generators did not adequately anticipate the full impact of the extended cold weather and high winds,” regulators wrote at the time. More thorough preparation for cold weather could have prevented the outages, the report said.

“This should have been addressed in 2011 by the Legislature after that market meltdown, but there was no substantial follow up,” by state politicians or regulators, said Ed Hirs, an energy fellow and economics professor at the University of Houston. “They skipped on down the road with business as usual.”

ERCOT officials said that some generators implemented new winter practices after the freeze a decade ago, and new voluntary “best practices” were adopted. Woodfin said that during subsequent storms, such as in 2018, it appeared that those efforts worked. But he said this storm was even more extreme than regulators anticipated based on models developed after the 2011 storm. He acknowledged that any changes made were “not sufficient to keep these generators online,” during this storm.

After temperatures plummeted and snow covered large parts of the state Sunday night, ERCOT warned increased demand might lead to short-term, rolling blackouts. Instead, huge portions of the largest cities in Texas went dark and have remained without heat or power for days. On Tuesday, nearly 60 percent of Houston households and businesses were without power. Of the total installed capacity to the electric grid, about 40 percent went offline during the storm, Woodfin said.

Climate scientists in Texas agree with ERCOT leaders that this week’s storm was unprecedented in some ways. They also say it’s evidence that Texas is not prepared to handle an increasing number of more volatile and more extreme weather events.

“We cannot rely on our past to guide our future,” said Dev Niyogi, a geosciences professor at the University of Texas at Austin who previously served as the state climatologist for Indiana. He noted that previous barometers are becoming less useful as states see more intense weather covering larger areas for prolonged periods of time. He said climate scientists want infrastructure design to consider a “much larger spectrum of possibilities” rather than treating these storms as a rarity, or a so-called “100-year event.”

Katharine Hayhoe, a leading climate scientist at Texas Tech University, highlighted a 2018 study that showed how a warming Arctic is creating more severe polar vortex events. “It’s a wake up call to say, ‘What if these are getting more frequent?’” Hayhoe said. “Moving forward, that gives us even more reason to be more prepared in the future.”

Hayhoe and Niyogi acknowledged there’s uncertainty about the connection between climate change and cold air outbreaks from the Arctic. However, they emphasize there is higher certainty that other extreme weather events such as drought, flooding and heat waves are due to a warming climate.

Other Texas officials looked beyond ERCOT. Dallas County Judge Clay Jenkins argued that the Texas Railroad Commission, which regulates the oil and gas industry — a remit that includes natural gas wells and pipelines — prioritized commercial customers over residents by not requiring equipment to be better equipped for cold weather. The Railroad Commission did not immediately respond to a request for comment.

“Other states require you to have cold weather packages on your generation equipment and require you to use, either through depth or through materials, gas piping that is less likely to freeze,” Jenkins said.

Texas’ electricity market is also deregulated, meaning that no one company owns all the power plants, transmission lines and distribution networks. Instead, several different companies generate and transmit power, which they sell on the wholesale market to yet more players. Those power companies in turn are the ones that sell to homes and businesses. Policy experts disagree on whether a different structure would have helped Texas navigate these outages. “I don’t think deregulation itself is necessarily the thing to blame here,” said Josh Rhodes, a research associate at the University of Texas at Austin’s Energy Institute.

Texas’ grid is also mostly isolated from other areas of the country, a set up designed to avoid federal regulation. It has some connectivity to Mexico and to the Eastern U.S. grid, but those ties have limits on what they can transmit. The Eastern U.S. is also facing the same winter storm that is creating a surge in power demand. That means that Texas has been unable to get much help from other areas.

“If you’re going to say you can handle it by yourself, step up and do it,” said Hirs, the University of Houston energy fellow, of the state’s pursuit of an independent grid with a deregulated market. “That’s the incredible failure.”

Rhodes, of the University of Texas at Austin, said Texas policy makers should consider more connections to the rest of the country. That, he acknowledged, could come at a higher financial cost — and so will any improvements to the grid to prevent future disasters. There’s an open question as to whether Texas leadership will be willing to fund, or politically support, any of these options.

“We need to have a conversation about if we believe that we’re going to have more weather events like this,” Rhodes said. “On some level, it comes down to if you want a more resilient grid, we can build it, it will just cost more money. What are you willing to pay? We’re going to have to confront that.”