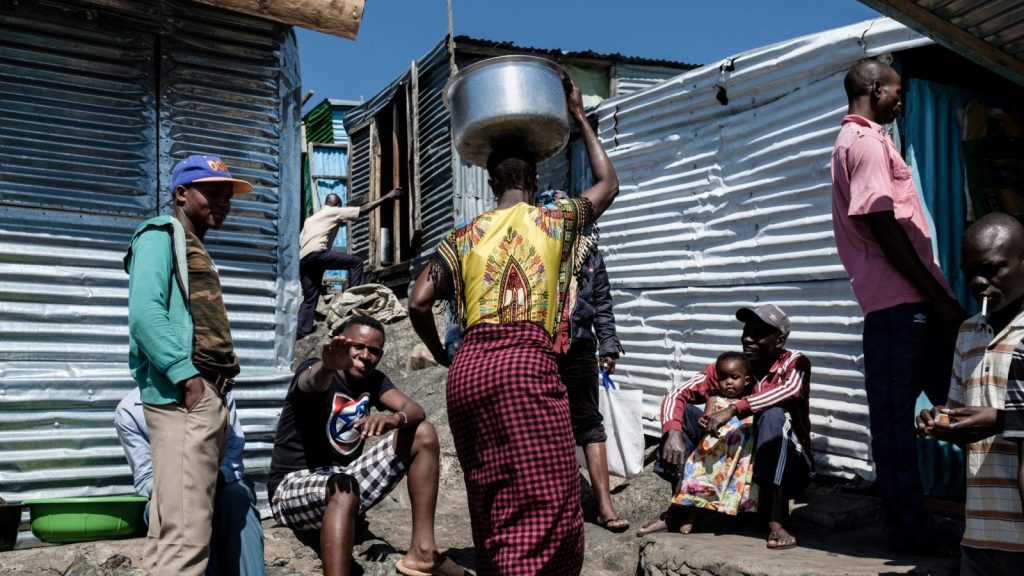 YASUYOSHI CHIBA / AFP via Getty Images
from bad to worse

Imagine being a mom of seven children in a small village with little to no economic opportunities and resources. The only job a woman can get is to sell fish in the market — but in order to get the fish to sell, you have to have sex with fishermen as a form of payment.

This is the reality for many women in parts of East Africa, where economic opportunities are divided by gender. Traditionally, men own boats and go out fishing in lakes, while women buy fish from the men to sell at the market. But fish stocks are dwindling in East Africa, as they are across the globe, in part due to climate change. When men don’t catch enough fish to supply all the buyers, they negotiate sex in exchange for a guaranteed catch.

“Sex for fish” is just one of many examples described in a new study by the International Union for Conservation of Nature about the ways in which climate change and environmental destruction are fueling violence against women.

The researchers of the study conducted a survey of environmental policymakers, advocates, activists, and academics and collected 80 case studies that drew connections between environmental catastrophe and gender-based violence and exploitation. Fifty-nine percent of those who took the survey said they have observed sexual assault and coercion, rape, trafficking, child marriage, or other forms of violence against women in the wake of environmental crises or conflicts.

In countries with high gender inequality, like those in East Africa, laws and gender norms determine who has access to and control over natural resources. The study authors write that men often engage in violence against women to maintain these power imbalances. Indigenous women, for instance, sometimes face sexual violence and assault when male authorities demand sexual favors in exchange for land rights.

It’s not just struggles over natural resources that contribute to violence against women. In rural Australia, researchers found an uptick in domestic violence during severe droughts, which the researchers attributed to an increase in men’s alcohol and drug consumption to help them cope with drought-related financial pressures. And climate change–induced migration can also exacerbate gender-based violence, with women who flee to overcrowded temporary shelters after a climate disaster particularly vulnerable.

The jaboya system, as the sex-for-fish practice is called in western Kenya, has made women vulnerable to HIV and AIDS, which are four to 14 times more prevalent in fishing communities than elsewhere in developing countries. Overfishing and warming temperatures have made it more difficult for fishermen to find fish. Climate change-fueled floods and droughts can severely impact inland waters such as lakes and ponds, resulting in a decline in water quality, longer dry seasons, the emergence of new pathogens, and accelerating fish mortality.

Despite environmental pressures, East African women have been exploring ways to resist sexual exploitation. In 2011, a women’s cooperative called “No Sex For Fish” launched, in an attempt to eliminate the jaboya practice. Thanks to grants from various nonprofits, such as World Connect, the women in the cooperative have bought boats and hired men to catch fish for them. Some boats, however, weren’t strong enough to take the strong wave currents, and eventually broke down. Although the jaboya system has not been fully eradicated, the cooperative continues to fight for women’s autonomy.

The IUCN study also provides examples of solutions and proposals for policymakers to consider when addressing gender-based violence and environmental rights. Uganda’s government, for instance, has integrated gender issues into a wetlands restoration project. Research shows that child marriage tends to increase during droughts, famines, and water shortages because it allows a family to receive “bride wealth” and to reduce the number of people to feed in a household. The restoration project is designed to mitigate such climate disasters, and as a result reduce child marriage and other forms of gender-based violence. The study also suggests ways to address gender-based violence by creating consortiums to spread awareness. In Nepal, for example, women who do forest conservation work were particularly vulnerable to violence from illegal loggers. USAID then expanded its Hariyo Ban Program, a consortium that aims to reduce threats to biodiversity and climate vulnerablities, to incorporate trainings to prevent violence against women.

“A powerful ingredient for change is knowledge,” Cate Owren, one of the study’s authors and the IUCN senior gender program manager, told Grist in an email. “We hope innovation and creative partnerships are on the horizon.”