America's favorite nut is bad for water, good for cows 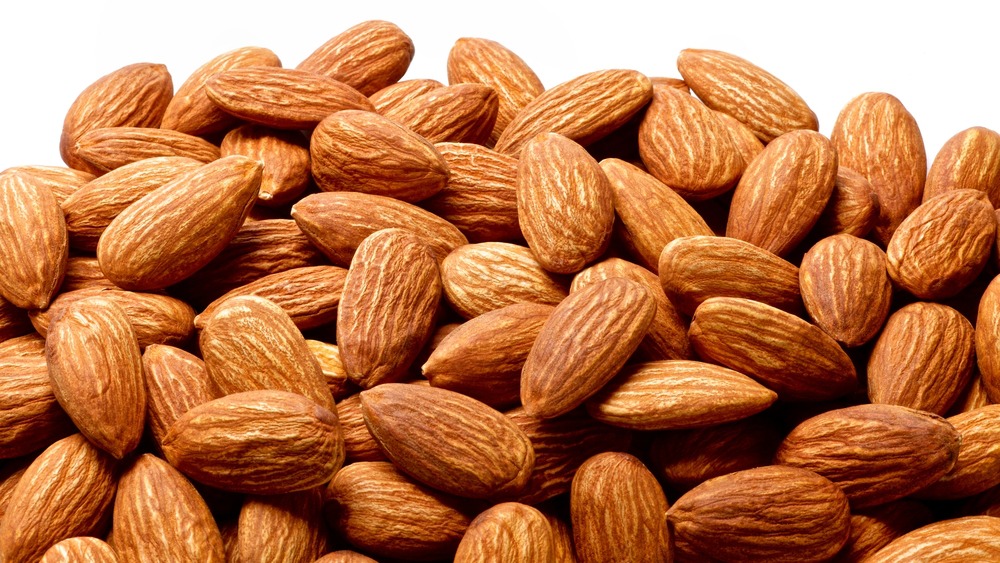 America’s favorite nut is bad for water, good for cows

We’ve been told to lay off the almond milk, but that’s not gonna stop us from gobbling up the whole almond. In fact, Americans have gone, er, nuts for them.

U.S. almond demand has grown by more than 220 percent just since 2005 — much faster than the demand for pecans, walnuts, macademias, or cashews. As of 2012, almond consumption has even passed up that of the beloved American peanut (so we’ll be having almonds with our Cracker Jack, now?).

Almonds’ water-sucking nature aside, the The Washington Post reports that the almond boom could in part stem from something that’s actually really good for the planet: Americans are eating less meat.

A national shift away from traditional sources of protein, like red meat, has also made the protein-packed nut an increasingly popular foodstuff. Meat consumption has been falling for almost a decade in the U.S., according to research firm Packaged Facts. The growing demand for healthy, but appetite-suppressing snacks, has helped, too — especially considering that nearly everyone in the country now snacks. There is also the rise of vegetarianism and veganism; a recent study found that more than 3 percent of American adults now follow a vegetarian diet.

Forget the burger — sometimes, you feel like a nut.