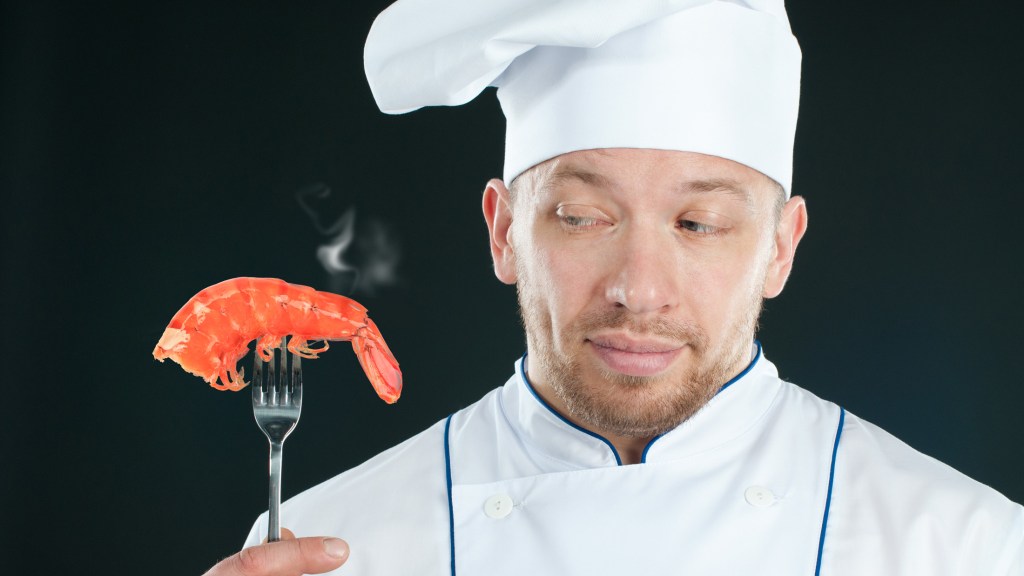 Q. I have recently read an editorial about the shrimp farming industry and the absolute hell it brings upon the mangroves of Southeast Asia and the use of horrendous chemicals. I immediately thought, “Shit, now I have to stop eating shrimp too!?” So I checked my freezer to look at what might be my last bag of frozen shrimp, and I saw the mark for the Best Aquaculture Practices website.

I read the various pages, however, and it could very well be greenwashing. Do I have to stop eating aquacultured shrimp, even with this seemingly eco-friendly label?

Sigh. Party appetizers, like life, are so much easier when you don’t ask questions. Now that you know the harsh truth lurking behind that innocent-looking shrimp cocktail, there’s no going back. But I’ve got good news: While it’s not always easy to untangle all the competing seafood standards out there, you don’t have to go cold turkey on shrimp if you follow some simple guidelines.

As you’ve learned, Aonghus, conventional shrimp aquaculture (basically “farming in water”) does a real number on the environment. Most of the shrimp on U.S. shelves comes from Southeast Asia, Ecuador, and Mexico (in fact, shrimp make up a full 30 percent of all our imported seafood), where they’re farmed in coastal ponds. Many of these farms cut down mangrove forests to make room for the shrimp ponds, destroying habitat and removing a key coastal storm buffer. As if that’s not enough, they also dump effluent filled with uneaten shrimp food, bacteria, chemicals, and antibiotics into surrounding waters, and they’ve been linked to workers’ rights abuses. The situation is so bad, the major seafood guidelines generally agree: Don’t buy imported farmed shrimp.

Wild-caught shrimp, incidentally, is much better, but also has its issues: The bottom trawl nets often used to haul them in snare other marine species, too — including sea turtles, sharks, and rays. (Most U.S. fishermen are required to use trawling tools that allow larger fish and turtles to escape, including the delightfully named “turtle excluder device,” or TED.)

So where do third-party certification systems fit in? Major eco-labels like Best Aquaculture Practices (a branch of an industry consortium called Global Aquaculture Alliance), Marine Stewardship Council, and the upcoming labels from the Aquaculture Stewardship Council aim to direct consumers to sustainable seafood by awarding their stamp of approval to producers who meet their standards. These criteria vary, but typically look at an operation’s environmental impacts, treatment of workers, and use of potentially harmful antibiotics or chemicals. If the farm or wild fishery passes muster, the bag of shrimp gets a shiny new certification logo.

A shrimp that comes with one of these eco-labels is almost certainly better than a shrimp that doesn’t – but as some watchdogs have pointed out, eco-labels have their flaws, too. Advocacy group Food and Water Watch dissects some of the leading contenders in this recent report. It’s a detailed read, so let me boil it down to the top concerns. One, some producers that get certification aren’t quite up to snuff. Two, sometimes the standards aren’t transparent enough. Three, they don’t consider the carbon footprint of the seafood. And four, they may still allow for the destruction of mangrove forests.

My take? Seafood eco-labels can be a useful tool, but they shouldn’t serve as your only one. The Monterey Bay Aquarium’s Seafood Watch, Food and Water Watch’s Smart Seafood Guide, and NOAA’s FishWatch, all provide good information on which sources are tops and which are all wet when it comes to environmental impact.

In general with shrimp, as with so many other treats, your best bets are local. Skip imported crustaceans from Asia and Mexico and choose wild-caught from Oregon (British Columbia’s spot prawns are good options, too) or farmed in the U.S., particularly those that grow up in fully recirculating aquaculture systems and/or inland ponds because they have an even lighter impact on surrounding waters. The exception to the Domestic Only rule is Louisiana, which doesn’t enforce TED rules, putting sea turtles at risk.

Your desire to do right by the little pink wrigglers (and the planet) is commendable, Aonghus. Just study up, buy according to the guidelines (and ask that your favorite restaurants and fish markets do, too) — and enjoy your jambalaya.