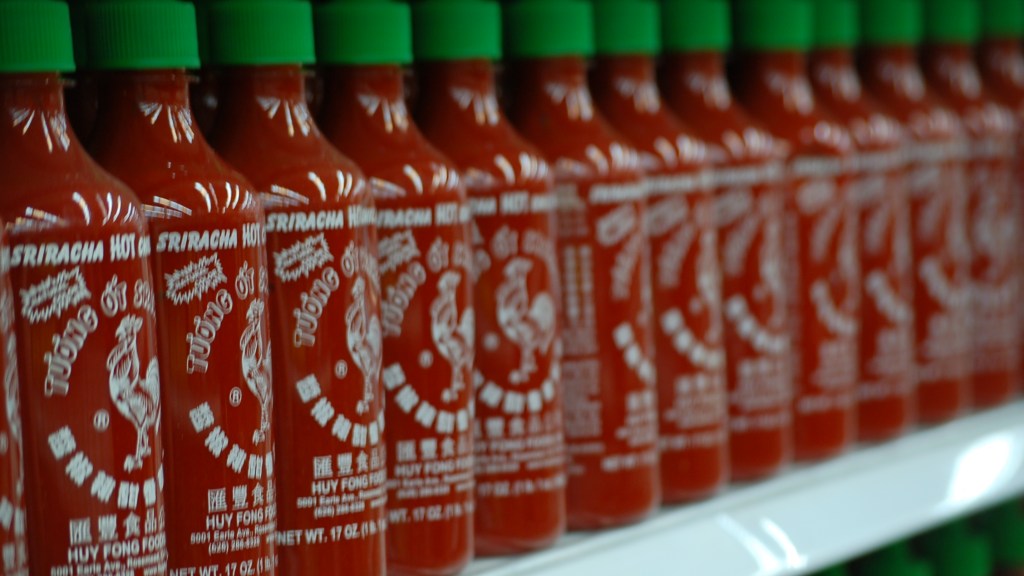 Irwindale residents are complaining that the factory is releasing a smelly, irritating gas (like you when you eat too much Sriracha! Hey-ooooo I’ll show myself out). Eyes are burning and watering all over the L.A. suburb, and the city is now filing suit against Huy Fong to get the factory to shut down production while it comes up with a plan to stop macing the entire town. The company, meanwhile, says nope, there are no fumes, and it knows because the employees never complain. Because the history of U.S. labor relations definitely shows no evidence that people will put up with unpleasant conditions if it means keeping their job!

The 655,000-square-foot factory, which just opened recently, was meant to help Huy Fong triple its Sriracha output in order to meet swelling global demand. But the Irwindale suit could temporarily leave many of those rabid fans with pathetically underflavored dinners:

If Huy Fong is forced to shutter its factory, even temporarily, that would be a big problem for it. The company uses only fresh chilies to make Sriracha, which means it has to process them within a day of picking. And all of over 100 million pounds of chilies it uses each year are harvested and processed in a two to three-month period in the fall, which is right about now. So any setback could hit its production for the entire year.

Irwindale isn’t asking the factory to shut down permanently, or eliminate the burning chili gas right away — it just wants to see a plan of action. If it can even see one through its swollen, watering eyes.