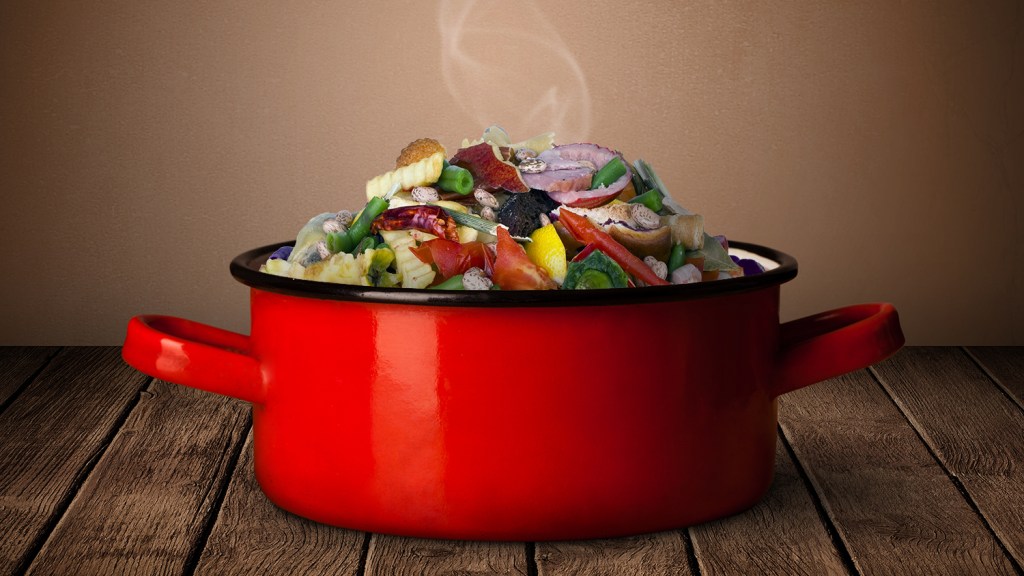 You know what’s better than a fresh danish? An old danish on its way to the trash.

According to NPR, the Danes are very into reducing food waste right now. So into it, in fact, that they’ve reduced their food waste by about 25 percent compared to five years ago. Today, the average Dane wastes about 104 pounds of food per year. We in the U.S., for comparison, waste 273 pounds per year on average (USA, USA, USA!).

Part of Denmark’s success comes from Selina Juul, a 35-year-old Russian transplant who decided that targeting consumers, rather than retailers and food processors, would be the easiest way to address the country’s waste problem. Here’s more from NPR:

In 2008, after years of dismay at the amount of food she saw landing in Danish trash cans, Juul started the organization Stop Wasting Food.

Farmers and retailers often get the brunt of the criticism when it comes to food waste, but Juul decided to start at the other end.

“I thought, ‘Who can we move? Well, we can move the people.’ So we started focusing on the people,” she says.

Juul created a Facebook group and two weeks later started appearing in the national media, where she has been a regular figure ever since.

It was an efficient strategy, given that individual consumers are responsible for 36 percent of food waste in this country, compared to retailers (23 percent), the food processors (19 percent) and primary producers (14 percent), according to figures from the Ministry of the Environment and Food.

Maia Lindstrøm Sejersen, a spokesperson for Denmark’s largest retailer, told NPR that it’s always been in retailers’ best interest to sell as much food as they could (even the ugly or old stuff), but doing so is easier now that citizens are so conscious of waste:

She says Dansk Supermarked’s chains have sold food near expiration at reduced prices for decades. But while buying these items might once have been considered a sign of poverty for consumers, it’s now a badge of pride. And the company has responded by piling reduced price goods in dedicated areas, marked with special signage.

But, she admits, the recent movement to prevent food waste has pushed grocery stores to improve further, particularly in one area.

“Fruits and vegetables have always been tricky because they have to look lovely and fresh,” she says. “Sometimes maybe we’ve been too quick to say ‘this needs to go.’ But now that people are so focused on food waste, we can, for example, take the outer, [wilted] leaves off a head of lettuce and sell it at a reduced price.”

Anyone who’s eaten what’s under those wilted leaves, cut out a spot of mold on an otherwise good piece of cheese, or snagged a day-old bagel from their local cafe’s trash pile knows that such “garbage” is actually not garbage at all. In fact, throw a slice of that cheese on an old bagel, top with some salvaged lettuce, and scrounge up a bruised tomato, and you’ve got yourself a meal!