There are millions of people in America that lack the means to feed their families legally.

That’s the claim made by Dion Drew, who speaks from personal experience rather than statistical authority. Drew grew up in the projects and started selling drugs when he was 15, then bounced in and out of jail for nearly 20 years. Finally, he decided he wanted to do whatever was necessary to stay on the right side of the law. But of course no business owner wanted to hire an ex-convict.

No business except one. For the last 30 years, Greyston Bakery, in Yonkers, N.Y., has made it a policy to hire anyone who comes in the door, without asking questions or even looking at a resume. As a result, Greyston has a staff of former addicts, felons, and immigrants — people normally considered unemployable.

This staff of workers makes food that you’ve probably eaten: They provide all the brownies for Ben & Jerry’s ice cream. It’s a successful for-profit business, powered by the unemployable. 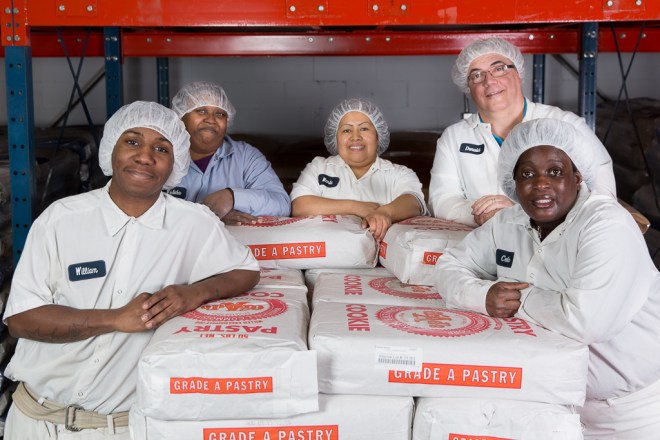 I asked Greyston CEO Mike Brady how they made this work. First, he straightened out my confusion about Greyston’s open-hire policy: Yes, they will hire anyone who asks for a job, but not necessarily on the spot. If there’s not a position open, Greyston puts applicants on a waiting list. The company has about 100 employees, and it can’t simply hire every jobless person in the world. Also, these are entry-level positions — it wouldn’t make sense to hire a CEO off the street (though that could make an excellent plot for a sitcom).

What makes the open-hire policy revolutionary is that the company does away with interviews and screening.

“Low-wage workers tend to have a fair amount of turnover — if you make investments in a workforce it’s very difficult to judge if they are going to stay,” Brady said. “So companies try to make as low an investment as possible — and that means they are doing very little to break the chain of poverty.”

Greyston takes the opposite approach.

“Rather than spending money on interviews and background checks, we are spending it on training and development,” he said.

New workers go through an intensive training period and a 10-month apprenticeship. People who aren’t pulling their weight get fired. But there are plenty of workers who do just fine, Brady said. 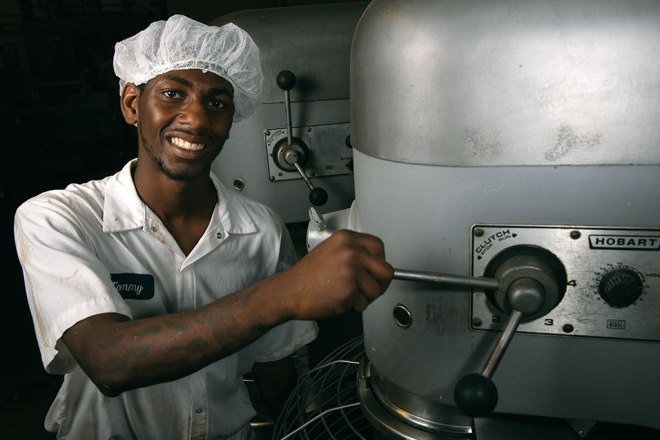 Over the years, Brady has come to suspect that the traditional metrics for determining who will be a good employee are flawed. Someone without an arrest may simply be a person who has never gotten caught.

This raises an interesting possibility: Surely, providing jobs to the otherwise unemployable is a social good. But could it also be a superior business strategy?

Brady, to his credit, told me he didn’t know. There are some larger corporations interested in trying open hiring with a small percentage of the workforce, he said. By monitoring the history of those employees, you could run a controlled trial to see if screening actually selected for better workers.

Brady also said that it was immaterial whether or not open hiring was a better way to do business. His goal is to make sure his business also helps the community and helps people out of poverty. With that goal, there’s an imperative to try new things. “There’s a lot of recognition that the things people have been doing aren’t working,” he said.

The company has been looking for ways to help since the beginning. Greyston was founded by Bernie Glassman — Buddhist teacher, founder of the Los Angeles Zen Center, and sensei to Jeff Bridges, who believed that business success and social justice had to go hand in hand. It should be noted that some of the success Greyston has had with open hiring may depend on the suite of programs it offers: The company also helps with childcare, affordable housing, and healthcare.

“There are tons of metrics for businesses on environmental impact, but very little on social justice,” Brady told me. “Are we helping the community we are in? Are we leaving it the same? Or are we hurting it?”

When I think about poverty and hunger, I generally think about other, poorer countries. But there can be a poverty trap for people in the United States as well. 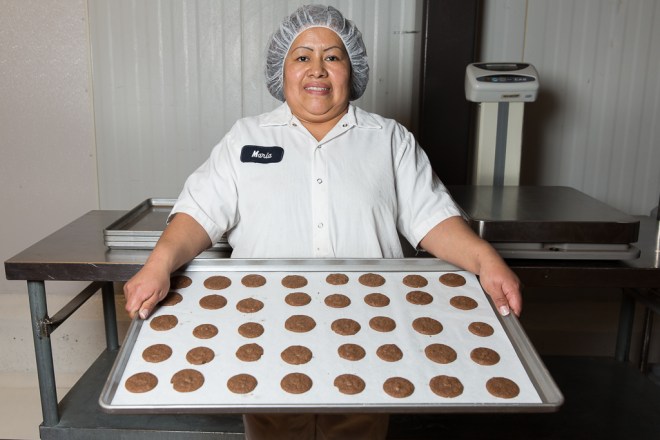 Drew’s claim — the one I started off with above, that there are millions of Americans who can’t feed their families legally — is likely correct. There are at least 5 million former convicts living in the U.S. and more than 12 million felons. It’s incredibly difficult for people with a criminal history to find work (only 40 percent of business owners say they would even consider hiring a former criminal).

As I never tire of pointing out, environmental progress depends on social progress. When people are desperately poor they have no choice but to pillage the commons — to cut down forests, or turn to crime. When those people find the means to support themselves with dignity, forests are protected and high-crime areas turn into healthy, walkable neighborhoods.

Efforts by businesses to address the problems that they find on the ground could have tremendous power. Open hiring is just one example — but it’s a good one, with a 30-year track record.

Greyston has been working with representatives of other companies that have expressed interest in open hiring. Brady says he’s available to help coach anyone who wants to try it.