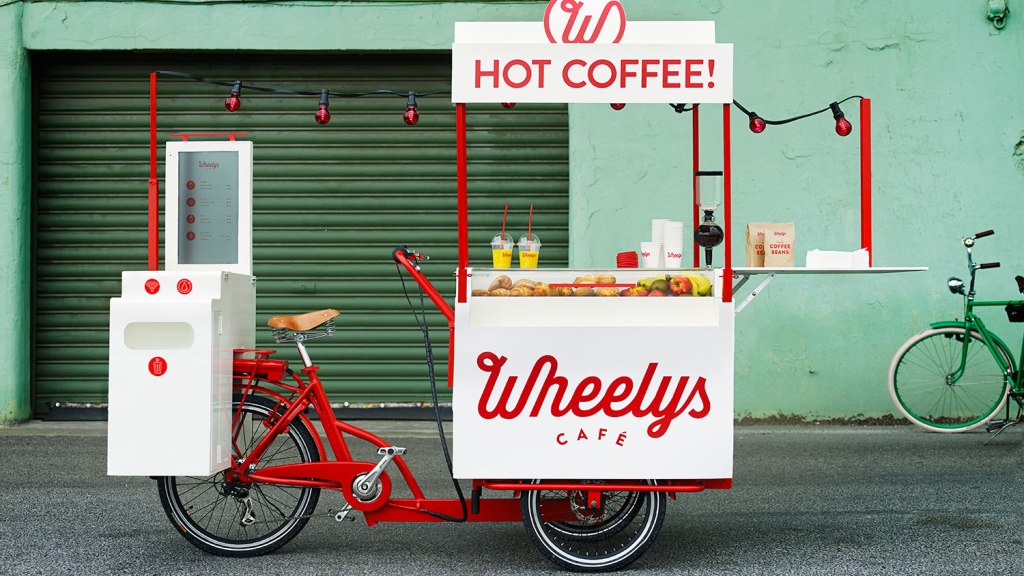 It can cost upwards of a million dollars to open a new restaurant, a dizzying investment that can send would-be restaurateurs crying into their consommé, their dreams of opening a brick-and-mortar quashed faster than you can say, “Check, please!”

Food trucks have provided a thriftier alternative to opening a restaurant. But it’s no small feat to open a food truck either: A truck can cost tens of thousands of dollars — and that’s not counting gas and other operating costs. So now, from bakeries on wheels in Pittsburgh to mobile taquerias in Oakland, brewers, chefs, baristas, and farmers alike are turning to bike-powered outfits, instead.

A custom-made cargo bike is undeniably charming, and environmentally speaking, these tricked out food bikes are far more beneficial than their gas-guzzling, generator-wielding counterparts. Yet as NPR reports, for most foodies in the biz, a food bike operation is simply a more convenient means to navigate the streets in order to deliver food to the masses:

Charlie Wicker, owner of Trailhead Coffee Roasters, uses a pair of cargo bikes for all deliveries within the 6-mile radius of urban Portland, Ore. He even has the capacity to pull over anywhere to brew and serve coffee. He says riding even a heavily loaded bicycle in a congested city is swifter and more efficient than using a vehicle.

“We’re doing high volumes of retail business within the Portland area, and we use bikes because it works,” Wicker says.

He can carry 200 pounds of coffee at a time — even uphill — and says he pedals 600 to 700 pounds weekly to Portland cafes, grocery stores and restaurants. And he says he can make his routine delivery circuit faster than competing coffee purveyors, whom he sometimes slips quietly past in downtown gridlock.

“On a bike, you’re basically impervious to traffic jams,” he says. “I can calculate my delivery time down to the minute.”

A cheaper, faster, less-carbon emitting new wave of street food? This sounds like a dream for hungry foodies and budding vendors, too. Wheelys, a solar-powered, wifi-equipped cafe on bike wheels, is riding the wave of the new trend, with a new Indiegogo campaign soliciting baristas to join its international coffee franchise on wheels. The startup cost? Under $4,000 — less than 1 percent of what it would cost to open a Starbucks.

Move over food trucks, there’s a new kid in town.