Go ahead: Ignore the "latest studies" and savor that chocolate 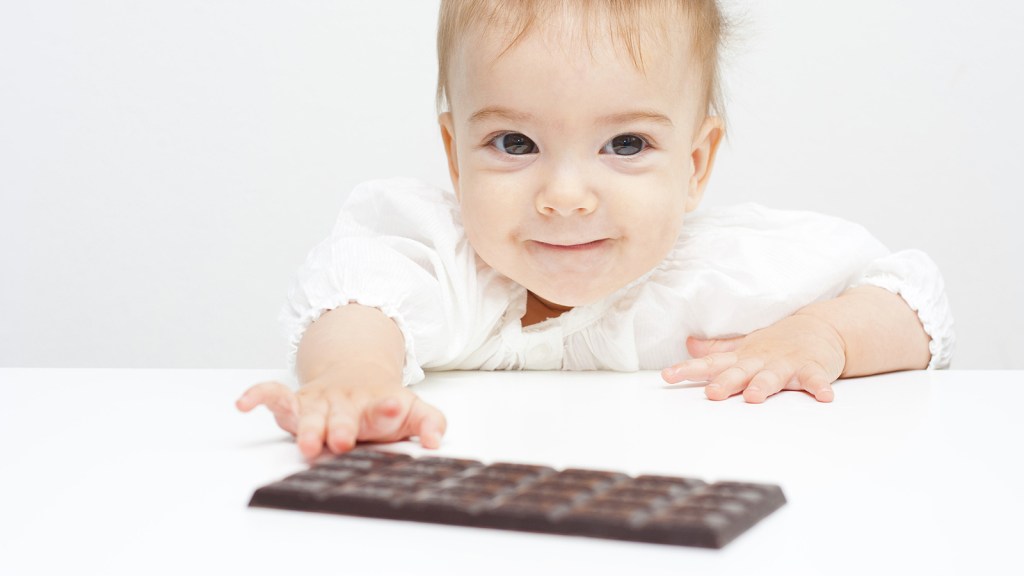 Go ahead: Ignore the “latest studies” and savor that chocolate

How much did the recent findings about the antioxidants in chocolate affect my personal chocolate consumption? Not a jot.

As I write this, I’m eating chocolate ice cream. Or, to be totally accurate, I’m scraping the bottom of this mug for the last drippings. Update: I have just crammed my muzzle inside the mug in an ardent, but ultimately futile, attempt to lick the bottom. I am well qualified to answer any question regarding chocolate.

Last week a paper came out suggesting that the resveratrol in red wine and chocolate, contrary to conventional wisdom, does nothing to make people healthier. The scientists spent nine years watching a group of 783 seniors in the Chianti region of Italy. They looked for traces of resveratrol (and the compounds you get from breaking it down) in the urine of these Italian seniors, and basically waited for nine years to see who died.

268 of the people in study shuffled off in those nine years, but they weren’t the people with the lowest resveratrol levels, or the highest, either. It was an even spread. After going over the data, the scientists concluded that the amount of resveratrol that you’d get from actual food (as opposed to downing massive supplements) had no effect on the likelihood of heart disease, cancer, or coming down with a little case of (ahem) death.

This made the news, of course. For years people have been drinking wine for medicinal purposes, and “You’re doing it wrong!” headlines always have traction. This bugs me, because it sucks attention away from the truly important ways food affects human health and the environment. I end up having to look closely at these studies, which cuts into the time I could be savoring chocolate. And then the insubstantial little pieces I dash off explaining personal nutrition research are inevitably read and shared far more widely than anything else I write.

We Americans have a manic relationship with nutrition science. One day, we believe we know nothing; the next, we are convinced that all mysteries have been solved, and we probably need to buy that high-cacao chocolate bar –as long as it’s gluten-free.

Actually, it would be more accurate to say that this crazy, co-dependent relationship isn’t with the science itself, but with the people who repackage the science and transform it into money. This faux-science industry depends on the rapid oscillation between total certainty and total disillusionment. It thrives by telling us that everything we thought we knew is wrong — and yet salvation and certainty are within grasp (for a modest price).

As an example, consider this, from Adele Puhn’s The 5-Day Miracle Diet, which was popular in the mid-1990s:

Even though countless diet programs have said you can have your cake and eat it, too, in your heart of hearts, you have that “nibbling” doubt: For a diet to really work, you have to sacrifice. I know. I bought into this myth for a long time myself. And the fact is that on every other diet, deprivation is involved. Motivation can only take you so far. Eventually you’re going to grab for that extra piece of cake, that box of cookies, that cheeseburger and fries. But not the 5-Day Miracle Diet.

Malcolm Gladwell offered the following analysis of that nugget:

Don’t get bogged down in the question of whether or not dieting without sacrifice is a myth. The point isn’t the content; it’s the form that’s so irresistible. It’s that gainer, first making the case that the established theories are bunk, then flipping to assure you that this time it’s the real deal. This time, Charlie Brown, Lucy really is going to let you kick it.

I have a proposal: Stop trying to kick the football. Stop reworking your life because you read something based on provisional science. And for the love of God, fellow scribblers, stop writing those stories!

While we wait for science to explain the black box of human metabolism, we can take some comfort in the fact that we can sometimes tell what is good for us without the help of science. I believe my scoop of chocolate ice cream is good for me, not because of the antioxidants, but because it makes me feel good.

Strangely, nutritional debates usually leave out consideration of feelings. I pay close attention to the way I feel as I finish off my ice cream, on guard for the moment pleasure cedes to compulsion. If I’m attentive, this is enough to steer me right. I’ll truly enjoy an entire salad, but after a half-dozen french fries enjoyment turns into joyless craving. That means it’s time to stop.  Following the guidance of my senses works an awful lot better for me than paying attention to the latest study. Your own mileage may vary — but maybe not.