Hellmann's, defender of all things mayonnaise, jumps into the vegan market 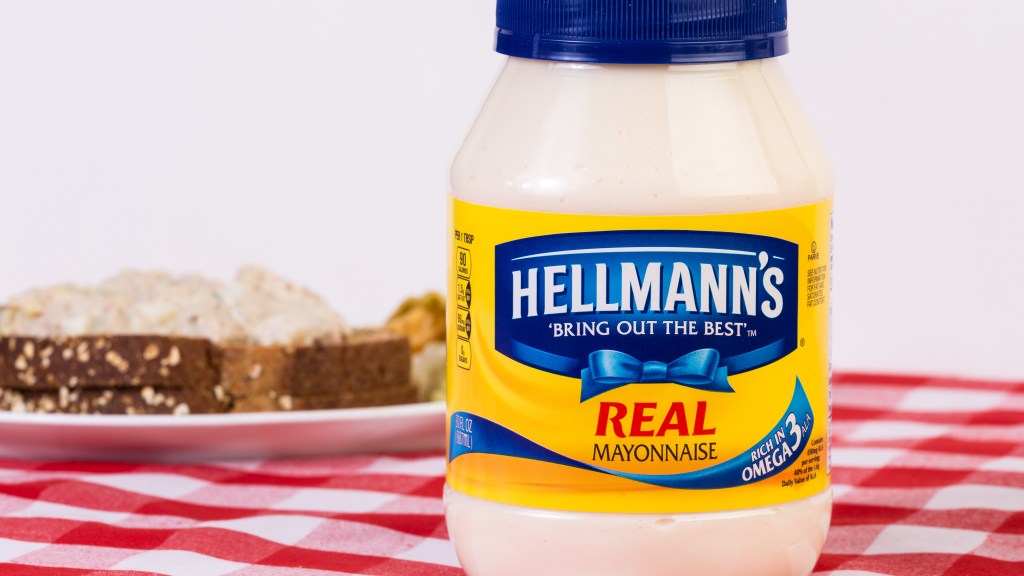 Hellmann’s, defender of all things mayonnaise, jumps into the vegan market

News alert: The battle rages on in the Great Mayo War of the twenty-teens.

Although Unilever ended up dropping its lawsuit against Hampton Creek, the case made the labeling of “mayonnaise” and “mayo” a surprisingly contested affair. Soon after the legal tussle made headlines, it was discovered that Unilever was editing own website so that some references to “mayonnaise” were changed to “mayonnaise dressing.” It turns out that some Hellmann’s own products wouldn’t qualify as mayonnaise either under existing guidelines.

The battle got even weirder when an investigation found that the American Egg Board, which worked with Unilever on the lawsuit, may have resorted to some pretty odd tactics to deal with the problem, including making jokes about threatening Hampton Creek CEO Josh Tetrick. “You want me to contact some of my old buddies in Brooklyn to pay Mr. Tetrick a visit?” one Egg Board member wrote to another in documents uncovered by the AP.

As far as we know, no old Brooklyn buddies paid Mr. Tetrick a visit, but the Egg Board did recruit businessman and “eco-entrepreneur” Anthony Zolezzi to call Whole Foods and ask that they stop selling Just Mayo. It didn’t work, but maybe soon we’ll start seeing Hellmann’s Carefully Crafted Dressing & Sandwich Spread right there on the shelves … beside Just Mayo.