Here's what we should be asking Clinton, Sanders, Trump, and Cruz about food 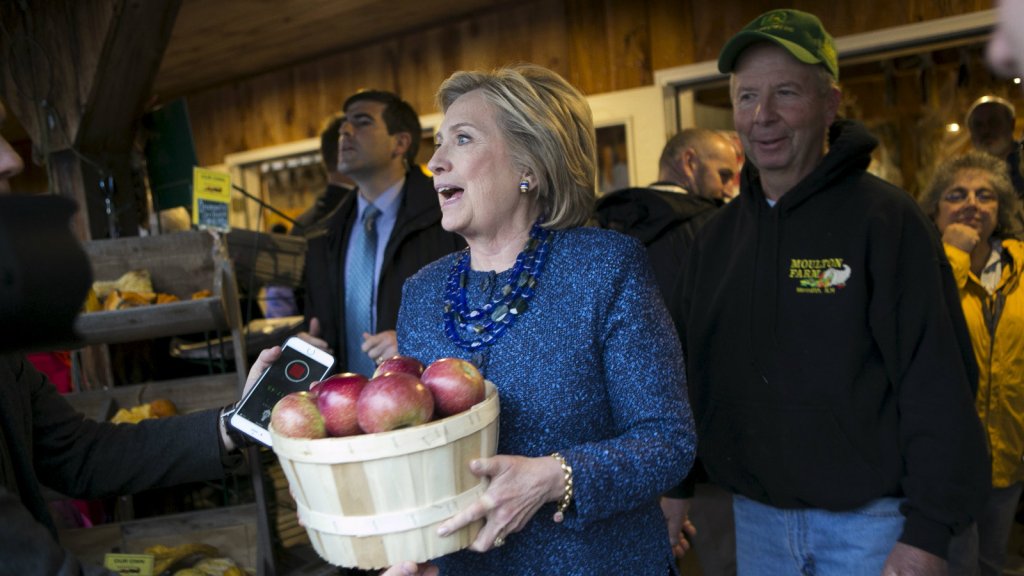 Let’s assume the nascent “good food” movement had its collective shit together enough to coalesce and organize into a coherent political force like the farm lobby. The Club for Growth has famously hamstrung conservative politicians with its tax pledge and it’s not out of the question to think someday the food movement could exercise the same clout.

Yet no one is asking the candidates to talk about food. It’s paramount to get politicians who may have nuanced views on the record.

Since a consistent and organized “Food Party” doesn’t yet exist, here’s a no-way-definitive list of what I’d like to ask the candidates about their food and farm policy plans.

1. Michael Pollan, Ricardo Salvador, Mark Bittman, and Olivier De Schutter recently called for the next president to adopt a “National Food Policy.” Do you agree for the need of such a policy and if so what would it look like? How would the federal farm bill fit into your vision?

2. Is U.S. Department of Agriculture Secretary Tom Vilsack a model for your cabinet post? Would you consider keeping him on?

3. The USDA recently retreated in the face of intense industry lobbying from including sustainability in federal dietary guidelines. Should our future ability to grow food be factored into what the government encourages Americans to eat now?

4. The White House Garden has been a potent symbol for the Obama administration. Would you keep it? Would you change it?

5. Climate change is the greatest threat facing agriculture and food production yet only 8 percent of Corn Belt farmers believe humans are the central cause of our warming atmosphere. How would you convince farmers that the threat is real, science-based, and imminent?

6. Agriculture also has the potential to sequester more greenhouse gas emissions than it emits. What’s your plan to use the farm sector to fight climate change considering the financial needs of farmers and their general lack of belief in the problem?

7. When campaigning in 2007, Obama called for a mandatory label on genetically modified ingredients though he has not addressed the issue since. Seeing as the science is clear on GMO safety yet consumers overwhelmingly want labels, what is your view of mandatory labeling?

8. Considering the severe environmental (water and climate), social, and ethical impacts from livestock production due to our appetite for cheap meat, what is your position on investing federal funds and research toward the development of viable lab-grown meat and plant-based alternatives?

9. Follow up: The law of unintended consequences often plays out in destructive ways in agriculture (corn ethanol). What would your plan be to support farmers who grow feed grains and the livestock industry when demand craters due to the popularity of government-funded meat alternatives?

10. Avian influenza is expected to return in the fall, and there is no clear culprit for the spread of the disease, yet farms with millions of birds continue to restock with taxpayers footing the bill. Scientists say that while the risk now is low, bird flu could one day jump to humans. Is it smart for taxpayers to continue supporting this industry?

11. The demand for organic products has exploded while supply has lagged. While U.S. farmers are seeing three times as much per bushel for organic corn, we now import much of it because farmers can’t afford the conversion to organic production. What would you do to help farmers better capture this market?

12. Federal policy has largely encouraged a get-big-or-get-out mentality that has squeezed out many family farmers as the sector has consolidated. What would you do to support the vanishing “farmers in the middle” that don’t grow organics or grow for local markets but also don’t necessarily want to become a CAFO, feedlot, or mega farm?

13. Agriculture is the main source of water pollution in America. In many cases voluntary conservation simply has not worked. Since major U.S. cities like Toledo, Ohio, and Des Moines, Iowa, have their drinking water threatened by farm pollution — and also happen to be in crucial presidential swing states — what is your solution?

14. Would you change anything with the Obama administration’s initiatives to improve the health standards for school feeding programs?

15. What will you do to connect with rural and farm country voters aside from offering more federal support?

16. Even though the predominate farm subsidy program — crop insurance — has added dozens of new crops including fruit and vegetables, federal support is still grossly inequitable favoring industrial scale commodity crops like corn and soy — the raw ingredients for our cheap, calorie-heavy food supply. How would you address this inequity in federal support?

17. Older farm subsidy programs had recipient transparency and we knew that taxpayer dollars went to wealthy landowners, sports stars, members of Congress, and mega farms. Crop insurance has no such transparency. How would your administration work to improve accountability in the program?

18. USDA recently trumpeted grants awarded to fight food stamp fraud even though Secretary Vilsack has repeatedly made the point that SNAP has a low fraud rate. Meanwhile crop insurance is experiencing significant problems with fraud. Would you apply more scrutiny to the crop insurance program?

Again this is a no-way-definitive list, having left off antibiotics, farmworker justice, beginning farmers, diversity in crops, diversity in farmers, local food, farmers markets, pesticides … there’s a lot of ground to cover.