How a climate-friendly flour company built a flourishing market 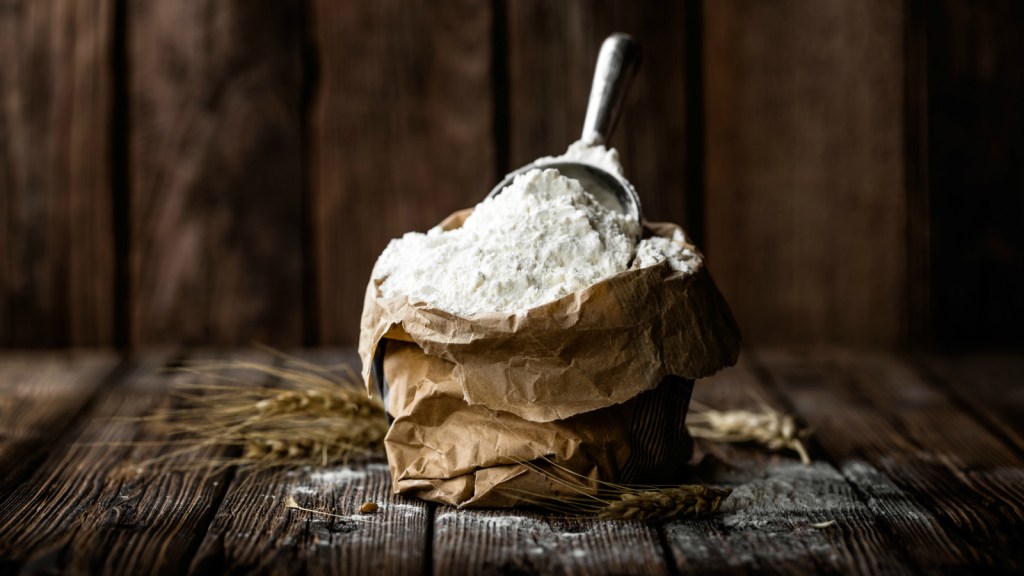 How a climate-friendly flour company built a flourishing market

Shepherd’s Grain sells not only high-quality flour made from wheat grown with no-till practices, it also sells the story of no-till, a farming method that eliminates the significant climate-warming carbon releases caused by plowing.

Based in Portland, Oregon, the company sources wheat directly from family farmers around the interior Pacific Northwest and other regions who practice no-till. Washington farmers Fred Fleming and Karl Kupers founded Shepherd’s Grain in 2002 as a way to keep more wealth on the farm by cutting out the middleman. Since then, it’s grown into a $6 million annual business, and most of its growers have an ownership stake.

The company sells its flours directly to hundreds of bakeries, restaurants, and markets in the region, from the big metro areas of Portland and Seattle to smaller cities like Boise, Idaho. National brands such as Krusteaz and Smuckers use the company’s flour, too.

“We are looking for customers who understand the true value of the product, that they can then sell to their customers,” explains Fleming. A key value proposition is that Shepherd’s Grain is helping to save family farms. “Dollars are going back to care for the land,” Fleming says. “If we don’t bring wealth back to the land, we can’t take care of it.”

Making direct connections with customers helps the company produce better flour because the bakers and restaurateurs provide vital feedback on product quality and variety. “On a quality basis, we surpass anything on the market,” says the company’s general manager, Mike Moran, who used to be the chief baker for Grand Central Baking Company in Seattle and Portland. “Part of what gives us the quality is those relationships. The farmer grows with a different level of care because, ‘I know who the crop is going to.’”

Says Fleming, “We continue to build relationships with the consuming public, with food activists, with people interested in saving the family farm. There’s a huge marketing change, connecting with people in the food chain. Open the door and let them understand the culture of farming.”

No-till farming represents a quiet agricultural revolution. Instead of using the long-established method of tilling the ground, farmers use drills that directly plant seed and fertilizer in the soil, resulting in minimal disturbance. This preserves soil carbon, which would oxidize if exposed to the air. The practice also adds to soil carbon by leaving residue on the ground, which is worked into the soil by earthworms and microorganisms that would be wiped out by tillage and the field burning that often accompanies it.

Fleming, a veteran no-tiller, demonstrates the value of the practice while walking out in one of his fields on the Palouse near Reardan, Washington, on a late summer day. The ground has a spongy feeling, in contrast to the harder feel of tilled ground. Fleming digs an inch down, the level where seeds will be planted. The clumpy soil is holding moisture. “Look at how wet that is,” he says. “We created organic mulch that is insulated from summer heat.”

With more soil organic matter, the ground holds moisture that otherwise would run off and cause erosion. The ability to hold up better under drought conditions also makes no-till a way to adapt to a changing climate.

“The ground is alive and growing,” says Fleming. “In spring you can smell the difference because microbes are at work. Many conventional fields have never seen a worm. It is not uncommon in our no-till soils to dig down and find worms.”

The combination of a superior product and the no-till story allows Shepherd’s Grain to charge a premium price for its flours and pay farmers more than they would get on the commodity market. As of late 2016, it paid its growers 35–50 percent above commodity. But that is not always the case. In 2010, when commodity prices were skyrocketing, the company’s products were actually selling at significantly less than the standard market rate. That is because prices are set on a strict production cost model with a reasonable rate of return in the 6–8 percent range.

“The people that we’re selling to are not buying on price,” Moran says. “People are paying for traceability, quality, and contact with the farmers.”

Traceability and sustainability performance are verified by Food Alliance, a third-party certifying group based in Portland.

Shepherd’s Grain is exploring another form of third-party certification that would vouch for its climate-friendliness. The company is talking with Native Energy, a Vermont-based carbon project developer and marketer, about providing its farmers with credits for carbon stored in their soil, which it would market to carbon emitters.

“Sustainability is a long-term play,” says Moran. “It’s rare to find that in the business world. These farmers with Shepherd’s Grain do. They’re thinking about the impact on their grandchildren.”

Shepherd’s Grain producers are “in it for the long-term,” Fleming says. By stewarding their land in a way that will keep it robust into the future, they are helping answer the all-important question, as Fleming puts it: “How are we going to have healthy food to feed our nation?”

Patrick Mazza is an independent journalist-researcher-activist focused on climate and global sustainability.

This is part of the REACCH Producer Profiles series funded through Award #2011-68002-30191 from USDA National Institute of Food and Agriculture.