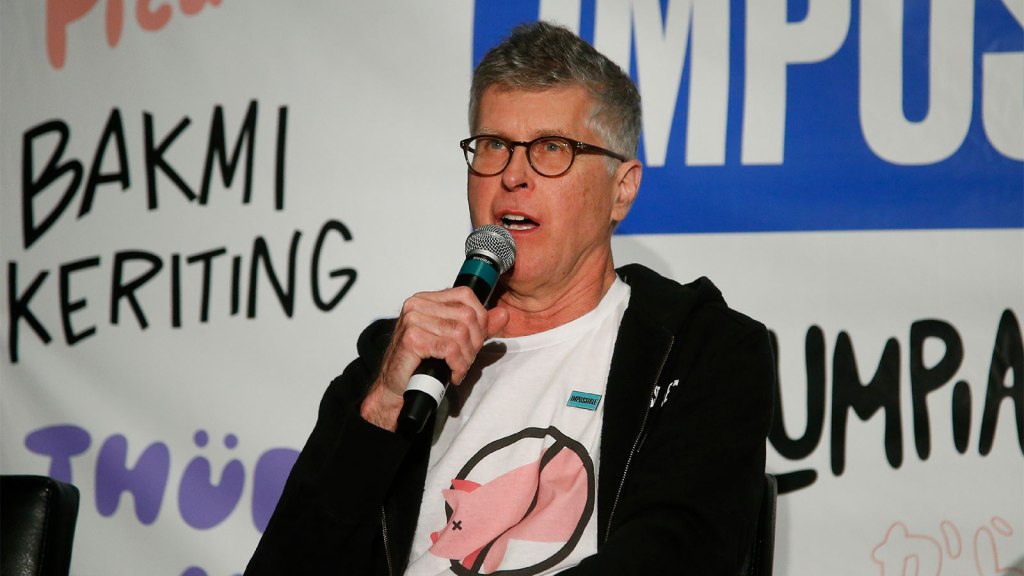 This week is the Consumer Electronics Show, the annual Las Vegas event where futurist nerds gather to ogle at new electric cars, Star Wars-inspired home assistants, razor-thin flat-screen TVs, and other gizmos and gadgets from companies trying to “disrupt” society. On Tuesday, Impossible Foods, the start-up known for trying to disrupt the food industry with its meaty vegetarian burger, unveiled its latest creation: Impossible Pork.

At a press conference, Impossible Foods CEO Pat Brown appeared in a T-shirt featuring a dead pig with a no sign over it, and gave one of his signature spiels about how replacing meat will save the world from “the two biggest threats humanity has ever faced, which is catastrophic climate change and a catastrophic meltdown in biodiversity.”

While changing animal agriculture isn’t a silver bullet for the environment, there’s no denying that raising livestock for food is altering the planet. The U.N. has estimated the sector is responsible for more than 14 percent of global anthropogenic greenhouse gas emissions. Cattle have the biggest overall footprint, but pigs have the second-highest at 819 million metric tons of CO2 equivalent per year — and pork is the most-consumed meat in the world.

The Impossible Foods team cooked up a variety of Asian-inspired dishes to showcase their new product — banh mi, char siu buns, dan dan noodles, pork katsu, and “sweet, sour, and numbing meatballs.” One taste-tester ruled that the texture was not quite analogous to true pork but that Impossible got the flavor right. Others reported that the taste, smell, and mouthfeel were on the money.

The Asian menu was a strategic choice. The company is gunning to break through in China, the largest consumer of pork in the world. This past year, African swine fever wiped out the pork supply there, so the time is ripe for the company to shoot its shot. Regardless of China’s appetite for Impossible Pork, the new offering may still help the company reach new audiences. The plant-based pork is halal and kosher, meaning Muslim and Jewish eaters who can’t enjoy pork will be able to taste the salty, succulent meat (substitute) for the first time:

I’m a #Muslim who found #halal #pork!!! The impossible has been made possible with @ImpossibleFoods 100% plant based #impossiblepork burger. Good for the #environment and good for me! #CES2020  …go get a bite quick! @stagwellgroup pic.twitter.com/JHE7nPsoNN

But the new addition raises the stakes in the ongoing battle between the livestock industry and non-dairy, non-meat alternatives. Whereas Impossible’s initial offering, a “burger,” is not necessarily defined by the animal or plant it’s derived from, Impossible “pork” enters more of a gray area. The National Pork Producers Council has already called the new product “a brazen attempt to circumvent decades of food labeling law and centuries of precedence.”

The company is undeterred. Next up on its to-do list? Brown told reporters it’s trying to figure out how to imitate many a vegetarian’s kryptonite: bacon.