Is Monsanto's Roundup linked to a deadly kidney disease? 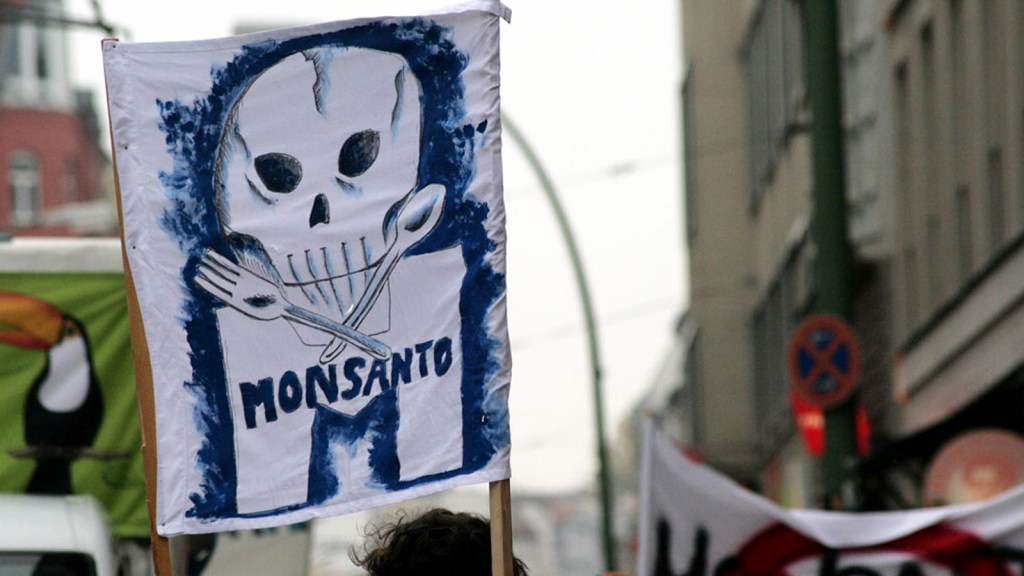 Is Monsanto’s Roundup linked to a deadly kidney disease?

Entire communities of sugar-farm laborers in Central America are being crippled by a sometimes deadly kidney malady — and nobody knows why. But some think the herbicide glyphosate, sold by Monsanto under the name Roundup, may be connected to the epidemic.

NPR reports on the rash of illnesses:

The first reports of this disease date back at least 20 years. At first the clusters of men dying of kidney failure was dismissed as a fluke. Then it was written off as diabetes or some other underlying health problem that hadn’t been correctly diagnosed.

Despite years of research all over the world, scientists still can’t definitively pinpoint the cause.

“We don’t know. That’s the unfortunate part, and we do desperately need to find some answers,” says Reina Turcios-Ruiz, a medical epidemiologist with the U.S. Centers for Disease Control and Prevention’s office in Guatemala City.

This form of kidney failure, known as insuficiencia renal cronica in Spanish (or chronic kidney disease of unknown origin in English), is now found from southern Mexico to Panama, Turcios-Ruiz says. But it occurs only along the Pacific coast.

The disease is killing relatively young men, sometimes while they’re still in their early 20s. Researchers at Boston University have attributed about 20,000 deaths to this form of kidney failure over the past two decades in Central America.

Chronic kidney disease has also shown up in rice-farming communities of Sri Lanka, leading the country’s government to restrict the use of Roundup and similar herbicides earlier this year.

Shortly before the Sri Lankan restrictions were imposed, a study published in the International Journal of Environmental Research and Public Health hypothesized a link between glyphosate and the kidney disease in areas with hard ground water that contains certain metals. “Although glyphosate alone does not cause an epidemic of chronic kidney disease, it seems to have acquired the ability to destroy the renal tissues of thousands of farmers when it forms complexes with a localized geo environmental factor (hardness) and nephrotoxic metals,” the researchers concluded.

The NPR reporter interviewed a victim of the mystery disease who is convinced that agricultural chemicals are to blame. “It was the chemicals, the chemicals at the plantation,” sickened Nicaragua sugar worker Manuel Antonio Tejarino said. “I feel like I’m burning. My blood pressure goes down. I get dizzy. Someone has to help me walk. If I’m alone I’ll fall down.”