Jeb comes out against ethanol mandate, Iowa be damned 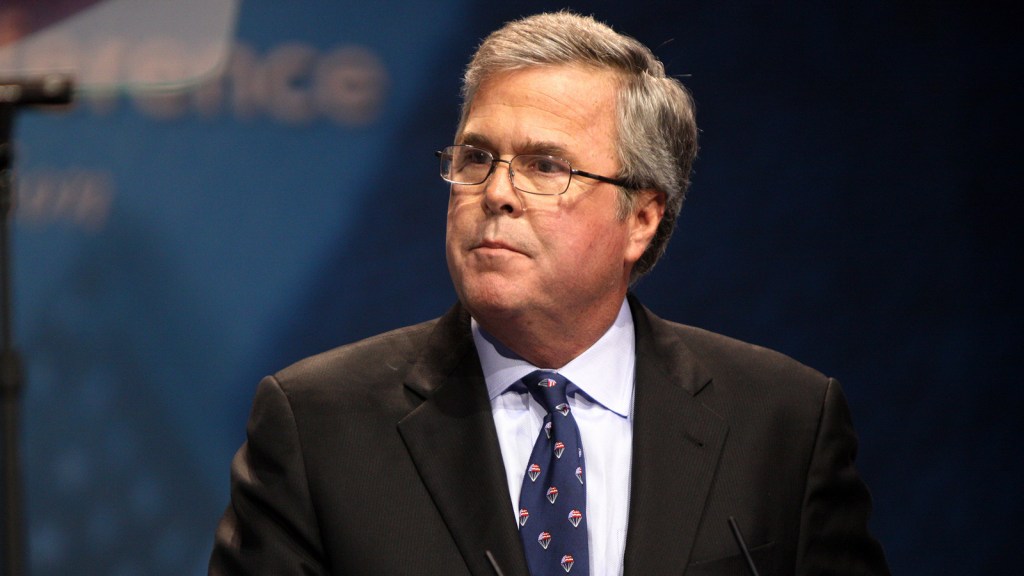 Jeb comes out against ethanol mandate, Iowa be damned

In an interview conducted in an Iowa Dairy Queen Sunday, Jeb Bush talked about the paleo diet (he’s lost 40 pounds, but was also drinking an Orange Julius), his father (“the greatest man alive”), and, most interestingly, the renewable fuel standard (he said it’s time for it to end).

This federal law requires American gasoline (and diesel) to contain a certain amount of biofuel, mostly ethanol — which is mostly made from corn and crop residues. Environmentalists seem to have mostly turned against biofuel: It may be less carbon intensive than petroleum, but not if it causes the price of corn to rise and gives people the incentive to burn forests to expand crop land. Republicans, on the other hand, are divided, because biofuels increase energy independence, and help farmers. (Democrats are also divided, but unlike conservatives, support for the standard doesn’t clash with a basic ideological principle for liberals).

Bush (we’re all clear that I’m talking about Jeb! here, right? If you were confused, you have a perfectly good reason) is making an important strategic decision by publicly throwing the renewable fuel standard under the campaign bus.

The Republican Party is a strange, shifting chimera — head of an elephant, body of a bull moose, toupee of a Trump, that sort of thing. The renewable fuel standard is one of the issues that divides these political bodies. Free-market, small-government conservatives hate it, because forcing Americans to buy renewable fuels is a clear distortion of the market. But there’s another wing of American conservatives who don’t worry so much about free-market principles, and instead care primarily about defending the values — and way of life — of rural conservatives. These rural conservatives have fought hard to preserve the fuel standard.

Up until now, Bush has been evasive about his position on subsidizing biofuels. And the fact that he’s decided to state clearly that it’s time to phase out the renewable fuel standard — in Iowa, for good measure — is remarkable. He may be ceding the Iowa primary to another candidate, but Bush seems to be betting that mainline fiscal conservatives are powerful enough to give him a victory. If he’s right, we may see the renewable fuel standard fall whether he’s elected or not. A coalition of free-marketeers, greens, and oil companies could conceivably kill the mandate — imagine that chimera!  Then again, This issue is the sort of thing that politicians often sweep under the rug — even if the majority of Americans want to end the law, it may not generate the fervor necessary to pass legislation.