What should we pay for with our foreign aid? In recent history, the American answer to that question has been simple — “health programs.” But then Obama named Raj Shah head of the United States Agency for International Development where it was his job to spend our foreign aid. Shah steered more money to farmers, especially small farmers, and over the course of five years saw the results all over the world: Some of the poorest people were able to feed their families, send their kids to school, and save up money.

In a recent interview, I asked Shah about that shift. Why focus on farmers instead of schools and vaccines? As he sees it, investment in agriculture is a necessary step for countries seeking to help people out of poverty.

Shah was the youngest USAID Administrator ever, and the highest-ranking Indian-American in any presidential administration. In our conversation, he talked about the importance of small farmers, how the debate over organic versus conventional food misses the point, and much else. This interview has been condensed and edited for clarity.

I was deeply moved by an experience I had when I was volunteering in southern India with the Soliga tribe. Basically, the community ate what they grew and what they foraged. When I arrived, I walked around to the back of the hut where I was staying and saw what I later learned were homes, but they were just tarps on the back of a concrete platform. And I met this little girl who was five or six and emaciated, just wearing rags, with this blank expression on her face, probably stunned to see me with my backpack in that setting.

Her image has been a persistent motivation for me. The fact that there were people at that level of deprivation, where they were not growing enough to feed themselves in this modern global economy, didn’t make any sense to me. The injustice of it is what started my commitment to global development.

Later, when I was at the Gates Foundation, we had the opportunity to determine how to best use billions and billions of dollars to improve life for the world’s most vulnerable people. The fact that the academic literature and history showed that investing in agriculture had a massive payoff for very, very poor families — it connected back to that young girl.

So I built the ag program at the Gates Foundation, and then went on to lead Feed the Future, which was the Obama Administration’s effort to invest in agriculture to fight poverty. I’ve had the chance to visit farm households in Nigeria, Kenya, Malawi, India, Bangladesh, and Nepal, and in every instance I have seen how helping people with more productive agriculture in their communities helps them send their children to school, helps them feed their families, helps them save up a little extra cash.

I’ve met families in Guatemala where children who used to work in the fields are now going to school because their fields produce more. You see how these investments help address the deprivation that I saw and became my life sense of purpose, in that very first visit to that rural south Indian village. 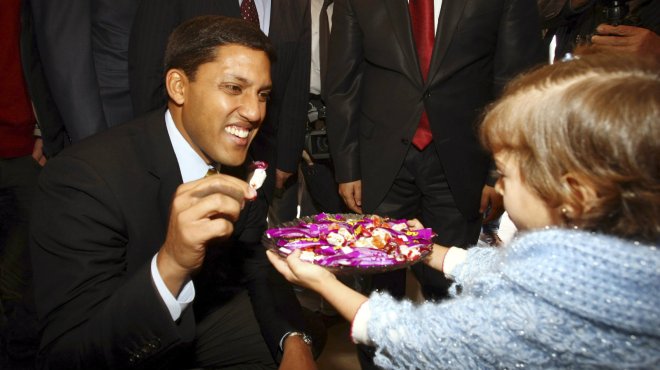 Why is it important to invest in agriculture? Can you lay out the case for that?

It’s actually very simple. If you look at relatively poor agrarian economies you find that 60-plus percent of the employment, or as I like to call it, underemployment, is still in the agricultural sector. And when you have that much of society’s effort focused on feeding itself it’s hard to get other things done. Country after country around the world has gone from everybody focused on feeding themselves, to a modern diversified economy with a smaller group of food producers. That pathway has been the key to reducing hunger and poverty in nearly every country around the world, including the United States.

How is that focus on fixing agrarian poverty working?

In Feed the Future, they are focused on some 19 economies that are still far too agrarian, where economic growth rates before the program were zero to two percent. They said, let’s increase investment in our agriculture. As expected, you are starting to see a rapid reduction in rural poverty, in the percentage of children who are stunted, and in the total number of people that don’t get 2,100 calories a day. Those are rough indicators of a large-scale transformation starting to occur.

When I look at a country like China, I see people moving from the farmland to work in factories and climbing out of poverty that way. If there’s been agricultural development, I haven’t heard about it. Wouldn’t it make more sense to focus development dollars on cities and factories?

Look, the two go hand-in-hand and always have. There’s a big academic debate about what comes first, but in my view it’s largely academic. China is a great example. Prior to China’s export-driven industrialization you saw very significant increases in farm productivity. That was driven by China’s — believe it or not — 1.4 million people working in their agricultural research and training program. It’s the world’s largest engine for research applied to farms. I would argue that in many situations it’s the agricultural productivity that has historically preceded large employment in industrial businesses.

The reality is, what we need to do to fight hunger and feed a planet of 9 billion people is pretty straightforward: Increase investment in agricultural research and science; support farmers — large and small — to sustainably improve their productivity, but really focus on smallholder farmers if you want to fight poverty where it exists. It’s making sure that countries have modern food systems that enable safety and access for populations like urban slum-dwelling children.

When you talk about investing in small-scale agriculture, do those farms stay small scale? Is the point to keep small farms around, or for them to grow into large farms?

To me, there’s nothing magical about small farms or large farms, you just want productive food systems where people have the right incentives and the right tools to produce enough quality food. I’m less interested in small versus large as I am in what drives income improvement for as many farmers as possible. Historically, people have ignored small farms and that has created a bad outcome over 20 years — in the ‘80s and ‘90s in particular.

Governments, aid agencies, research institutions, and private foundations had been investing in agriculture, and they just stopped. Part of the reason was that after the Green Revolution largely averted the massive starvation threat in Asia, people thought, “Oh, this isn’t a problem anymore.” Part of it was a local political instinct to redirect resources to industrial development. As a result, the level of hunger and productivity on farms in places like sub-Saharan Africa stayed flat, or got worse. 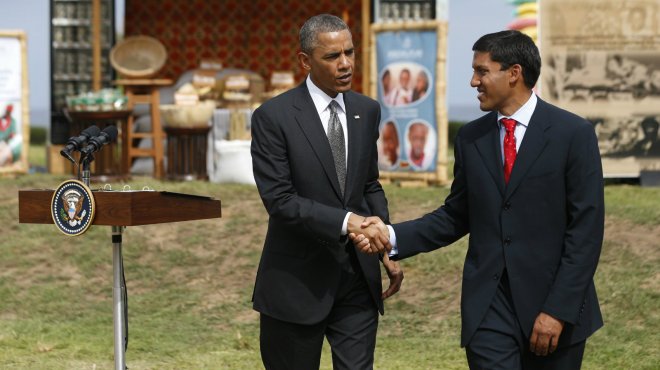 There’s this vision of two divergent paths for agriculture: organic, small, local, or this other path of industrial, big, and corporate. Do you accept that binary choice?

I believe that there are going to be a far more diverse set of production systems than the two you describe. And I think technology will enable some small local systems that wouldn’t otherwise be possible. I think opportunities to improve soil quality using non-synthetic fertilizer could evolve into large-scale production agriculture. We ought to have a lot of diversity in the food production system with different markets for the different types of foods, with a lot of consumer transparency that’s informed by science and not conjecture or belief. The two systems you mentioned are out there, but there are many, many others. I think we should have an all-of-the-above approach for allowing that diversity.

Rajiv Shah is a Georgetown University’s School of Foreign Service distinguished fellow and senior advisor at the Chicago Council on Global Affairs.