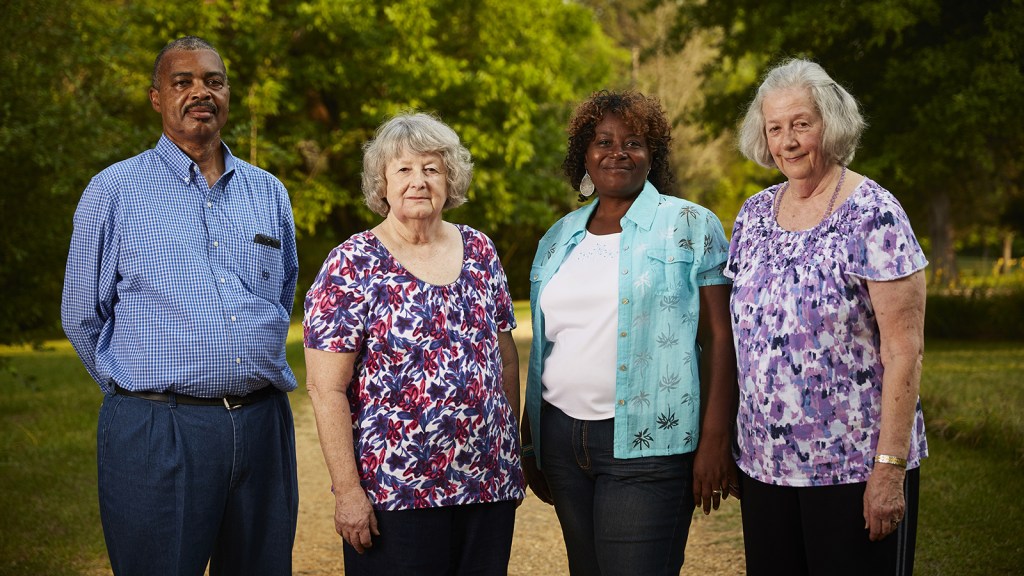 Four residents of a tiny Alabama town are fighting back against a giant landfill operator after the Georgia-based company, Green Group, filed a $30 million defamation suit against them. The American Civil Liberties Union asked a federal court to dismiss the suit on Thursday.

Green Group operates a toxic coal ash dump in Uniontown, Ala., a small, mostly black community where half the residents live below the poverty line. The Arrowhead landfill draws coal ash — the sludge left by burning coal — from across the country. Opposition to the landfill gained strength after waste from the largest coal ash spill in U.S. history was dumped in Uniontown. In total, Arrowhead takes up to 15,000 tons of toxic waste from 33 other states every day.

Three years ago, members of a group called Black Belt Citizens Fighting for Health and Justice and other residents filed a civil rights complaint with the EPA against the Alabama Department of Environmental Protection (ADEM), the state agency that oversees the landfill. The complaint against ADEM says that dust from the dump gets into homes and on cars and causes serious health problems. Three years later, the agency is still investigating.

Black Belt Citizens operates a Facebook group where residents talk about the town’s toxic sites — the landfill, as well as the sewage overflow and massive cheese processing plant. The landfill sits on a former slave plantation, and borders a historic black cemetery.

After residents filed the civil-rights complaint, Green Group approached four members of Black Belt with a settlement offer. To avoid a lawsuit, Mary Schaeffer, Ellis Long, Benjamin Eaton, and Esther Calhoun needed to remove their names from the EPA complaint, retract all their statements about the landfill, then pin that retraction to the group’s Facebook page for two years. The agreement would have given Green Group the right to look through their phones and laptops for text messages and emails.

The four refused, and were slapped with a defamation suit for what they said online. They’re now represented by the ACLU.

“State officials would never have allowed the landfill to be here if we were a rich, white neighborhood,” said Esther Calhoun, president of Black Belt Citizens, in a statement from the ACLU. “They put it here because we’re a poor, Black community and they thought we wouldn’t fight back. But we are fighting back and we’re not afraid to make our voices heard.”

The legacy of racism and enslavement compound the environmental injustice that Uniontown faces today. Once a plantation, now a toxic landfill, where silence is expected and modest objection —  even simple Facebook posts — leads to ludicrous lawsuits.