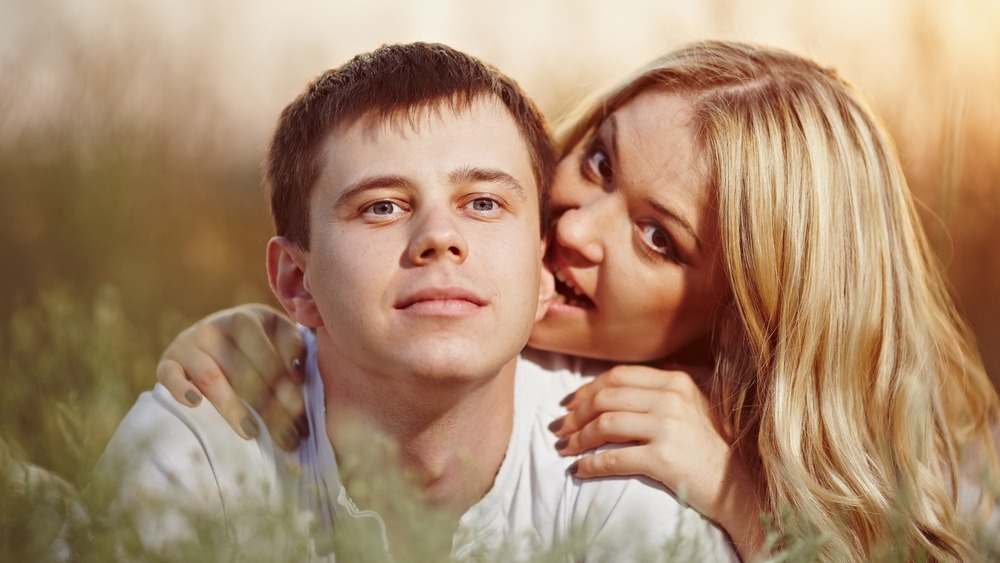 Update: Put down that elbow pasta, hug a vegan, and check the date on this post. Happy April Fools’ Day.

Celebrity endorsements aside, converting to veganism remains a hard sell to most Americans. How hard? New research hints that more of us would rather munch on our neighbor Larry than give up meat and dairy.

According to a new poll from The Society for Progressive Meat (SPM), 10 percent of Americans would consider trying man meat, while a measly 3 percent could bear to part with all animal products. A poll and questionnaire on its website surveyed 2,500 respondents over a two-week period.

SPM President Len T. Illmore told Grist over the phone that consuming humans could solve countless environmental woes — everything from overpopulation to the horrors of factory farms to even the not-so-green funeral industry. And he has a point. With growing populations and industrial agriculture both operating as driving factors of climate change, progressive protein enthusiasts point out that humane cannibalism could both help curb our energy needs and satisfy the appetites of a populace not quite ready for a plant-based diet. All signs point to the fact that Americans are more prepared to swallow toe food than tofu.

Plus, Illmore says that while the humane meat movement sounds good on paper, “who can truly say that chicken actually had a good life? With humane human meat, we’d have prom pictures, tax returns, and even the occasional unpublished memoir to prove your meat led a mediocre to arguably happy life.”

The write-in portion of the poll was particularly illuminating. From one anonymous participant:

Everybody gets a little curious — heck, I once took a thumbsucking a little too far. But a life without feta? That’s just unnatural.

And a concerned but curious mom:

So does this mean a Walking Dead-style, all-you-can-eat Jimmy buffet is in the near future?

Not exactly. Critics quickly pointed out that the poll was commissioned by an organization long associated with efforts to introduce human meat to the mainstream. “What did you expect from a crowd that has a community recipe board that attempts to recreate the culinary feats from Hannibal?” noted vegan author Chris P. Jacobs asked. “Every time a poll like this comes around, they get their members to bomb it and drive up the numbers. Of course they wouldn’t be open to the delights of a vegetable-based diet.” Jacobs also points out that veganism is a lifestyle switch that requires dedication and commitment. He notes that for many people, cannibalism is a no-turning-back proposition, even for dabblers. “Just one hand sandwich and you’re in the cannibal club forever,” he said.

And what exactly does the “cannibal club” do? Well, for starters, they’ve loudly criticized popular portrayals of the most famous fictional cannibal of all: Hannibal Lecter, made famous by Anthony Hopkins in The Silence of the Lambs. SPM recently called on the hit TV show Hannibal to introduce a more sympathetic cannibal character. “Sure, Hannibal is a fun guy and an excellent cook, but he’s also a monster,” Illmore wrote in a blog post about the petition. “Why can’t he have a sidekick who’s conflicted about the way Hannibal sources meat but ultimately thinks children are the future? Eating them I mean.”

The group also petitions to retire the term “cannibal” and replace it with the less-loaded word “anthropophage.”

As for actual cannibalism? While Illmore is hazy on how exactly we’d go about selecting and butchering people, the SPM message board is full of suggestions — from asking for vegan volunteers to claiming mystery bodies at the morgue to holding a Hunger Games-style lottery. Some futurists have argued for lab-grown human meat — perhaps even cultured from the flesh of our favorite celebrities (some of which are vegan). Before naysayers ridicule what’s for Donner, they should consider that vegans’ claims of a vegan America by 2050 don’t stand up to scrutiny, either. Illmore has had several inquiry emails about roast Chuck, but no one so far has stepped up to the plate. And therein lies the biggest barrier to widespread adoption of humane cannibalism: “Everybody wants to eat,” he said. “Nobody wants to be eaten.”

UPDATE: The folks at Hannibal appear to have thrown SPM fans a (mystery) bone: