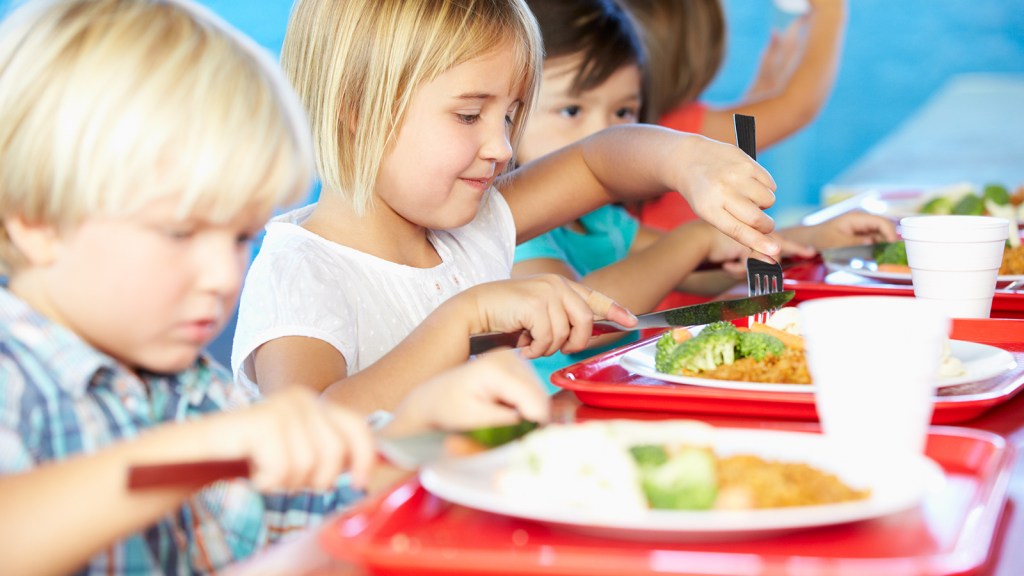 In the debate over healthy school lunches, it turns out that all you need to do to change the system is be a former movie star — or be married to the guy who directed the two biggest flicks of all time. Or both: Former actress and model Suzy Amis-Cameron – James Cameron’s wife – is putting her ducks in line to see that the Carlsbad, Calif.-based school she founded will soon become the first to go completely vegan.

Such a bold move shouldn’t be surprising coming from a school that was established out of a loathing for M&M’s. Amis-Cameron decided to start MUSE School CA in 2005, when she picked up her 4-year-old daughter from school and discovered that the girl had spent the day learning math with colorful, saccharine pellets.

“The school she was going to – that touted itself as an environmental school – was teaching my child to count with M&M’s,” Amis-Cameron tells NPR. “And everything in my life came to a screeching halt.”

The next year, while her husband toiled away on a grand vision of blue cat people who teach us humans the errors of our environmental ways, MUSE was up and running. Today 140 students, only two of whom are Camerons, attend the school. And sustainability is part of its core: The school is powered by “solar flowers” (thanks to a donation from James), up to 20 percent of its cafeteria’s food is already home-grown through its seed-to-table program, and they’ve done away with the need for pesticides by hiring a falconer whose hawks dine on the pests, instead. But maybe that last one’s really more about the need to provide the kids with some sort of fun to compensate for the lack of candy.

Suzy and James — environmentalist vegans themselves (though James didn’t make that decision until after Avatar) — see plant-based diets as the biggest thing someone can do to reduce his or her footprint. “You can’t really call yourself an environmentalist if you’re still consuming animals,” Amis-Cameron says. “You just can’t.”

In that case, the Camerons can rest assured knowing that there will soon be vegan M&M’s in the world.