Move over, Honeycrisp: There's a race to create America's next big apple 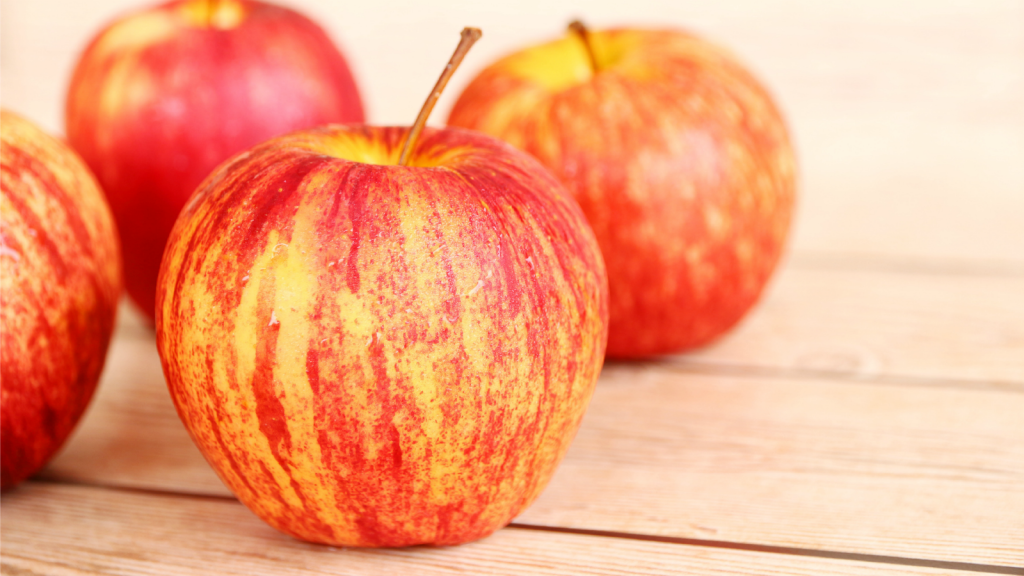 Move over, Honeycrisp: There’s a race to create America’s next big apple

Apples have inspired some of the most notable eureka moments in history, from Newton’s law of gravity to the (more recent) advent of savory apple flatbread. And that sense of innovation extends to the fruit itself: Growers are developing luscious varieties poised to push King Honeycrisp off its throne.

Honeycrisp’s popularity stems from its juicy flesh and crisp texture — a big improvement from the former American favorite, the mushy Red Delicious. But the Honeycrisp, introduced in the ’90s, isn’t the utopian apple: It’s hard to produce, expensive, and its flavor doesn’t store particularly well.

That’s why, according to a New York Times apple exposé, growers are scrambling to produce crisper and more flavorful varieties. One of the contenders is Cosmic Crisp, which the New York Times describes as “dramatically dark, richly flavored, and explosively crisp and juicy”:

Anyone can taste that Cosmic Crisp is special, but it takes a professional like Kate Evans, the apple breeder at Washington State University, to analyze why. Sampling seedling fruits here on a sunny afternoon in her research orchard, rimmed by towering cliffs and the Columbia River, she said her program primarily judges apples by three measures: texture, storability and balance of acid and sugar.

Dr. Evans is a connoisseur of crunch. For each potential new variety, she evaluates firmness, perceived with the force of the first bite; crispness, detected as teeth shear an apple’s flesh and it cracks; and juiciness, revealed when the flesh is chewed and its cells rupture.

Asked to name her favorite apple varieties, she shook her head wearily. “After tasting seedlings two or three days a week, running fruit through the lab and doing full sensory analysis, I really don’t eat apples for pleasure,” she confessed.

At least the rest of us can benefit from Evans’ research — but sadly, we probably won’t get a chance to munch on the Cosmic Crisp until 2019, when it’s supposed to become available for consumers.

In the meantime, it looks like traditional apple varieties — and possibly the Honeycrisp — better develop some thick skin. With bold varieties like SweeTango, Jazz, Ambrosia, and SnapDragon, the competition looks delicious.