It’s hard to get most kids to eat more than one broccoli floret. It’s nigh impossible to get them to eat only one potato chip. And it may be unhealthy, but there are few things more satisfying for vast swaths of humanity, regardless of age, than a cheeseburger and fries. But it doesn’t have to be that way.

We think of taste as happening inside our mouths when we eat and drink, but researchers say that’s just the first domino in a complex chain reaction that determines how we experience flavor. Learning how to tune that cerebral response through neurogastronomy may help us lead healthier lives.

Rather than asking how food stimulates our senses, neurogastronomists start with the brain and ask how it creates sensations while eating. Our taste buds, of course, register sweet, salty, bitter, sour, and umami, but neurogastronomists are studying how scores of other stimuli work in concert to create the experience. Sound, scent, and visual presentation of food, for example, hold nearly as much sway as taste: the crunch of a potato chip, the kaleidoscope of color in a candy store, the plating of an elegant meal. 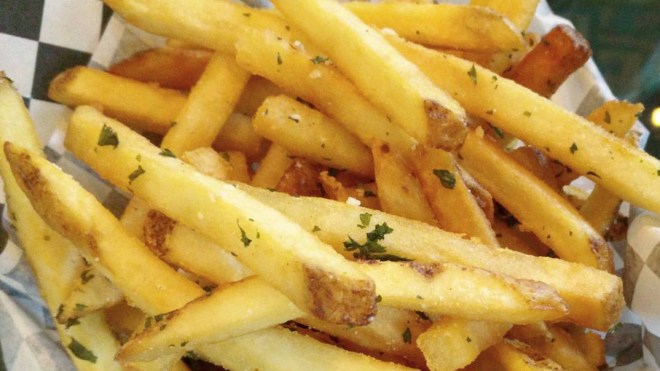 Think about a french fry, a pretty perfect food as far as the human brain is concerned, according to Gordon M. Shepherd, who uses it as an example in his book, Neurogastronomy. The potato is naturally sweet, and the fry is salty. Yum, right? But, also consider the crispy exterior and soft interior, springy consistency, warmth from having recently come from the fryer, and golden brown color. All of these sensations send the brain whirring. Combine that with the fatty-punch of a burger and the carbonated sweetness of a soda, and it’s a complete sensory overload.

Pairing those kinds of foods sets off a series of events in our brains: There’s not much fiber in the meal, so we don’t feel full. The variety of flavors stimulates a renewed interest in eating. Or maybe the fast-food joint is loud, which, weirdly enough, makes it harder for our brains to detect sweetness and saltiness.

The term “neurogastronomy” didn’t exist until 2006, when Shepherd, a Yale professor of neurobiology, coined it in the journal Nature Insight. “People hadn’t realized how central food flavor is to animal, and especially human, behavior,” he says. Shepherd’s specialty is retronasal smell, the scent we detect from inside our mouths, but it can be dizzying to consider everything neurogastronomy covers. As Dan Han, chief of University of Kentucky Neuropsychology Service’s clinical section and founding member of the International Society of Neurogastronomy, says, the field connects “neurosciences, clinical health sciences, culinary arts, and agriculture and food technology. We are excited to have our art and science truly integrate all things taste.” 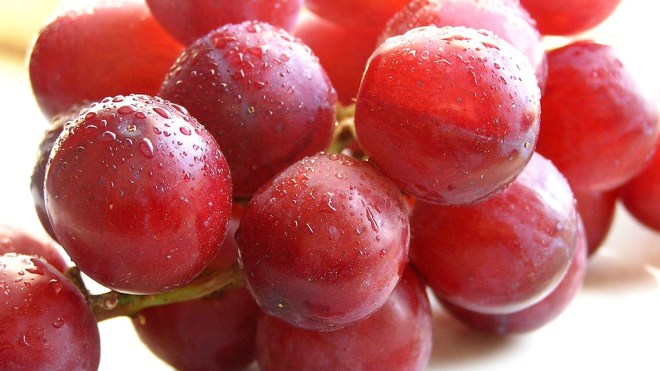 In the decade since its inception, the field has taught us some really weird things about how we perceive taste. Someone who has experienced dining in one of those pitch-black restaurants can tell you lack of sight radically changes how you experience a meal. But other multisensory restaurants, some of which have taken a cue from neurogastronomists, have become en vogue, too, employing everything from wall projections and scent diffusers to illuminated plates and music synchronized to match the different courses of a meal. The fast-food industry has long mastered these triggers, with researchers analyzing every aspect of how their products are consumed to maximize our enjoyment. But can’t we exploit those responses for healthy, affordable food, too?

Studies about how non-taste-related sensations impact flavor could drive healthy eating in school cafeterias, at restaurants, and at home. Rough spoons, for example, create the sensation of saltiness without any added sodium. Desserts served on specifically colored plates can naturally boost the perception of sweetness. Upping the scent of food makes it taste richer without any added calories.

But, beyond tricking our brains, the challenge is finding out what satisfies us and makes healthy food attractive in everyday cooking. Chef Jehangir Mehta, chef and owner of the New York food and wine bar Graffiti (and also a Next Iron Chef runner-up), says he cuts down on beef in his restaurant’s burger by bulking it up with ground mushrooms and adding green chiles and coriander, which preserves the umami flavor of the dish. “People think there’s no protein in vegetables,” he says. “When you talk about vegetarian diets, the first thing people ask if whether they will have enough protein in their diet every day. And the answer is yes, you will have more than enough.” 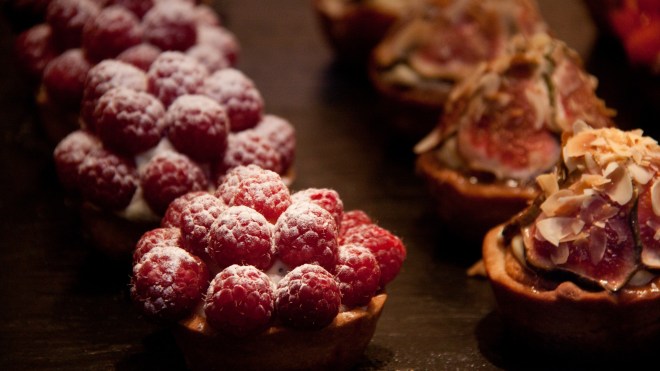 Chef Leah Sarris, who runs Tulane’s University’s culinary medicine program, focuses on “teaching people how to make really delicious food that happens to be good for them,” she says. “A lot of that is finding ways to make people still feel satisfied without extra calories, fat, and sugar.” Not only does she lead community cooking classes and chef trainings, but she teaches doctors about cooking and communicating with patients about food. She says neurogastronomy is bridging the divide between chefs and science, and the delicious and the healthy. “Doctors are dealing with a problem after it exists, but chefs can change the whole health of the nation,” she says. “They are feeding people, which can cause or cure diseases. Chefs are starting to realize their impact on reversing health decline.”

Neurogastronomy holds promise for managing disease, too, from understanding how cancer patients’ taste changes during treatment to creating satisfying diets for diabetics.

Change will be slow, Mehta says. “It’s not just one person changing — society has to change.” As Shepherd says, some of the change will require public nutrition policies, looking at the economics of agriculture, and examining how our eating habits stem from offerings at places like grocery stores, which stock their shelves with processed foods.

The field is still in its infancy, but the International Society of Neurogastronomy was just formed last year and is having its inaugural symposium at the University of Kentucky this fall, featuring talks by Mehta, Sarris, and Shepherd, as well as other chefs, psychologists, and neurologists. While they’re making headway, you could try ditching some sugar and putting on some rose-tinted glasses for a sweeter outlook. Seriously.