Ocean bottomliner: Why Mike Bloomberg is investing in fish 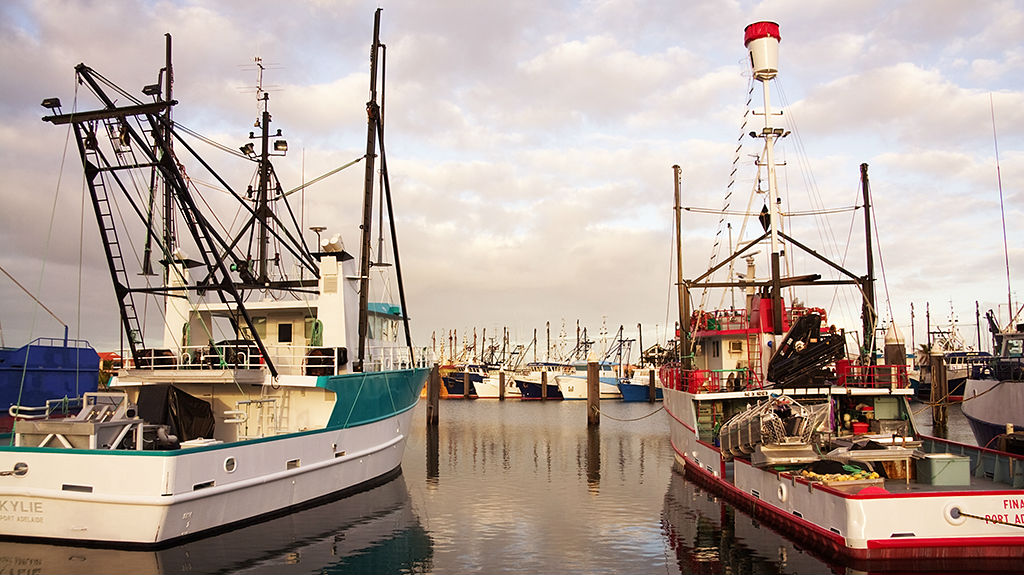 Ocean bottomliner: Why Mike Bloomberg is investing in fish

Last month, Michael Bloomberg did a lot of things. He stopped being mayor of New York and started being U.N. envoy for cities and climate change. He promoted immigration reform before Congress. He freaked out over the True Detective pilot like the rest of us (we assume). But the thing that really got our attention was when decided to throw several million dollars into the sea.

Over the next five years, Bloomberg Philanthropies will dish out $53 million to three nonprofits — Oceana, Rare, and EKO — each of which will lead one charge of a three-pronged attack plan that, appropriately, reminds us of a trident. It’s called the Vibrant Oceans Initiative.

These three groups will work together in three heavyweight countries for fishing: Chile, Brazil, and the Philippines. (With so many threes in the mix, you can’t help but wonder how many numerologists Bloomberg employs. I have a guess.) These are not the largest fishing nations in the world, but are still significant: Together they make up about 7 percent of global seafood catch and serve as a solid laboratory for policies and practices that may be extended to other countries later.

Basically, the major causes of overfishing are (you guessed it) three-fold. First, high or nonexistent catch quotas allow fishermen to take so many fish from the sea that it depletes the breeding stock beyond what it can recover from in a year. Second, habitat-destroying behaviors like bottom trawling wipe out shallow nursery habitats where baby fish go to turn into big fish. And third, bycatch kills tons upon tons of unwanted fish or sea turtles or dolphins or insert-your-favorite-charismatic-aquatic-animal-here along with whatever the fishermen were aiming for.

Oceana will work on industrial fishing, while Rare is focused on the artisanal variety (which sounds pretentious, but really just refers to small-scale, low-tech fishing — dudes in canoes, basically). Surprisingly, each discipline takes a comparable toll on ocean ecosystems, with industrial net-trawl operations heavy on destruction and bycatch, while artisan fishers put pressure on juvenile and breeding fish populations in near-shore habitats. Plus, small boats with hungry people in them are much harder to regulate than a few huge ships, let alone monitor. So Oceana and Rare will have to help local fishing communities self-regulate, while advocating for national policies that will limit bycatch by industrial boats and set hard, scientific catch quotas.

To complete the Vibrant Oceans puzzle, EKO will have to pull off the never-before-attempted feat of designing investment opportunities around fisheries. This sounds a little bonkers, but could provide a crucial bridge for easing fishermen into sustainable practices. The trick is to approach the problem of declining fisheries like an economist. Fish have a way of compounding, like interest in a bank account — in fact, graphs of fishery recoveries look a lot like your typical Econ 101 J-curve. Even a small population can increase exponentially given enough time to recover. In this respect, EKO wants to help people buy low and sell high. If investors can pay fishermen a portion of their lost income in the years it takes an overfished ecosystem to rebuild, those fishermen are more likely to obey regulations and live to fish another day — when the returns on larger, more sustainable catches in the rebuilt fishery should more than make up the difference. At the moment, the World Bank estimates the global fishing industry might be missing as much as $50 billion a year in reduced yields. With payback like that, a few million now looks pretty smart.

But how much money is $53 million dollars, really? To put it in perspective, though this is only one-seventh of the sum Bloomberg recently bequeathed to his alma mater, Johns Hopkins, it’s still one of the largest gifts ever given to ocean conservation. (Don’t forget to write a nice thank you card, Ocean.) If full fishery recovery requires a few billion more in the long run, this is still a pretty significant drop in the sea.

And while marine conservation may seem a bit out of place in the Bloombergian humanitarian trinity (that’s the last triple, I promise) of public health, education, and climate change, it actually fits right in. About 1.2 billion people worldwide rely on seafood as their primary source of protein. As population and climate pressures increase, protecting this carbon-minimal wild food source is only going to become more vital. Making sure there are plenty of fish in the sea is one of the most humanitarian things we could possibly make a profit on.