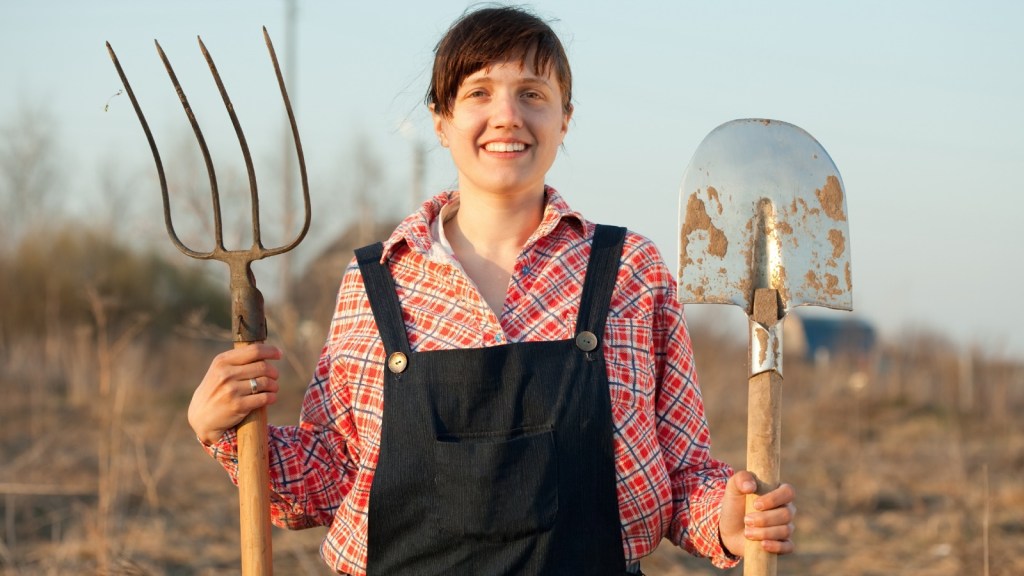 When it comes to products designed for women, the field is full of bubblegum-colored toolkits and dainty pens. “Shrink it and pink it” tends to be the default philosophy of the men wearing ties (presumably uttered as they do Mel Gibson impressions around the boardroom table).

So what happens when the product designers have no Y chromosomes and don gender-neutral polar fleeces instead of suits?

You get Green Heron Tools and a batch of farming and gardening tools that are actually useful for women. Ann Adams and Liz Brensinger founded the business after farming for 20 years and noticing the tools didn’t quite work for their bodies. Deborah Huso interviewed the pair over at Modern Farmer:

“At the farmers markets, we got together with other women producers or couples farming, and the topic of tools constantly came up,” says Adams. Women farmers said they felt they were too weak to work with certain tools and regularly expressed frustration with everything from roto-tillers to tractor hitches. But Adams and Brensinger decided weakness wasn’t the problem. “Some of the tools didn’t work because they were designed for men,” Adams adds. “We saw a need for a place where women could go for tools that work for their bodies.”

With the help of a USDA grant, the pair hired engineers and an occupational therapist to test various farming tools and look at the way women used them. “They discovered women use tools very differently,” writes Huso. “They put shovels into the ground at an angle to take advantage of lower body strength, rather than straight down as men do.” As a result, Green Heron Tools developed the HERS shovel. The handle is designed to better fit female hands and the enlarged blade top with tread makes the most of lower-body strength.

Other products on the Green Heron Tools site were made by outside companies. But all were tested, approved, and recommended by women — including a tractor hitch you can hook and unhook without leaving your seat (an exciting prospect for farmers of all genders). Next on the in-house agenda? A lightweight roto-tiller that’s easier on the land and the operator than the standard version.

As Huso points out, the number of women-operated farms in the U.S. have almost tripled in the last 30 years — which means women-friendly farm tools are desperately needed in the market.

The female farmers around the nation deserve smarter products. Three cheers to Green Heron for getting a head start.