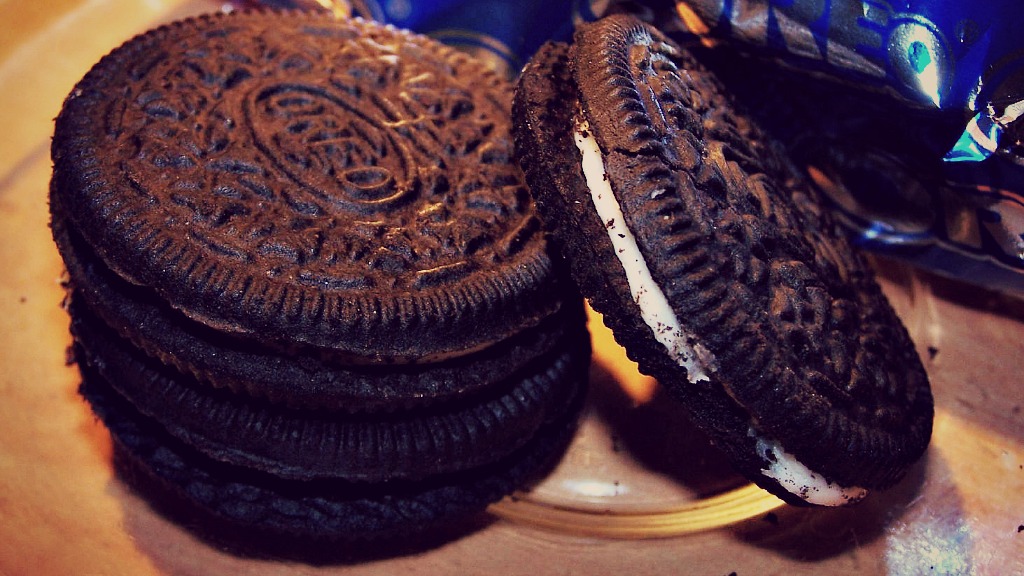 First things first: DuPont’s chloride-route titanium dioxide, or TiO2 — the chemical that makes paper and paint so white — is NOT used in food. DEFINITELY not. Don’t even think that it might be what makes the filling in Oreos so white, because DuPont says that is NOT true. Nope nope nope! (Mondelez International, the company that makes Oreos, is just like “ummmmm we’re not saying either way.”)

Now that we’ve established that TiO2 ISN’T the key to Oreo filling — it must be something naturally white, like fluffy clouds! — here’s the dish. Two guys were just convicted for trying to sell the recipe for TiO2 to a Chinese company for a cool $20 million. (TiO2 earns DuPont $17 billion annually, according to the Consumerist.)

After the state-owned Chinese company, Pangang Group, repeatedly tried and failed to buy the formula legally, things turned illicit. A former DuPont employee stole the secret to Oreo filling white paper, and China was getting ready to mass-produce the chemical, even planning a 100,000-ton TiO2 factory in the Chongqing industrial district.

Now the two crooks are potentially looking at two decades of jail time. That’s what happens when you come between Americans and our cookies!