Can a Novel City-Utility Partnership Green a Big City Grid? 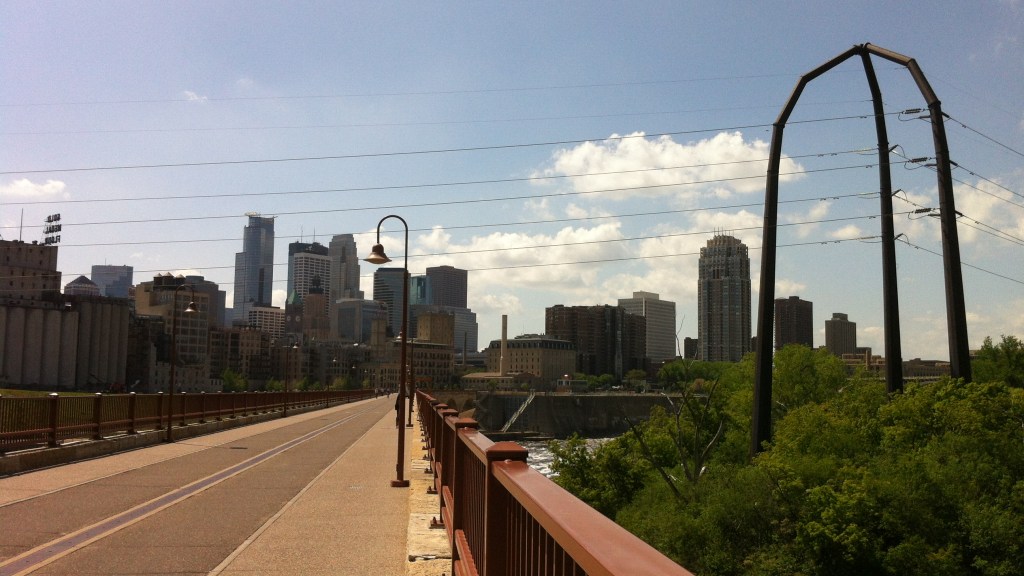 Can a Novel City-Utility Partnership Green a Big City Grid?

In pursuit of a cleaner energy future last August, the city of Minneapolis came to the brink of putting a city-owned utility on the ballot. It was the culmination of a grassroots effort to get cleaner energy and local investment from the city’s energy utilities.

It won’t be a city-owned utility on the agenda this spring, but Minneapolis may launch a novel city-utility partnership that will allow them to race ahead of state renewable energy targets and prioritize local and equitable economic investment.

“This first-in-the-nation arrangement would be an innovative and pragmatic approach to coordinating City and utility clean energy and reliability planning, and may afford the City the best chance of reaching its ambitious energy goals,” says the Energy Pathways report, handed to city council in late February. A short summary slide show was provided last fall:

The partnership isn’t the same as having a democratically-elected city council in charge, but it may mean taking full advantage of the once-in-a-generation opportunity provided by the expiration of the city’s utility franchise contracts.

How would it work?

The expiring 20-year, utility-city contracts govern the use of city property for delivery of energy (electricity and gas), dedicating a small portion of utility revenue to the city. The Pathways report recommends supplementing a (shorter term) franchise contract with a “Clean Energy Agreement” that would create a formal Partnership, a venue for the city, community members, and utilities to set goals, strategies, and hold one another accountable.

The report suggests that the city voluntarily suspend its right to municipalize during the (short) life of the partnership agreement as a sign of its commitment.

Within the partnership, the city and utility could agree on measures the utilities can take to meet the city’s energy vision and sustainability goals.

What if it doesn’t work?

In response to a letter full of vague promises from Xcel last August, former Minneapolis mayor Rybak expressed the same attitude reflected in the Pathways report: “The commitments that you have outlined in your letter gave me real hope that we can seize opportunities that have been missed in the past.” (emphasis added)

In other words, let’s not put all our hopes on utility goodwill.  The city will also focus on longer term, heavier lifts to reach its energy goals, including:

All these bills would give the city more leverage over its utilities, and open the door to more direct control over its energy future.

The two utilities come to the potential partnership from very different histories.  Xcel has been fighting local energy choice tooth-and-nail in Colorado, where the city of Boulder has been trying to exercise its right to energy self-determination for years. The electric utility has spent well over a million dollars on two ballot measures to prevent the city’s desire for local self-rule over energy.

CenterPoint Energy, on the other hand, signed a historic memorandum of understanding with local grassroots campaign Minneapolis Energy Options last August, committing to a process for meeting the city’s energy goals.  The partnership suggested in the Pathways report would largely formalize this agreement with the city, in addition to the local activists.

Can a city-utility partnership meet an ambitious energy vision? Minneapolis may provide a model for greater local leadership on energy or a warning of hoping for a clean, local energy future when reliant on remote, shareholder-controlled utilities.