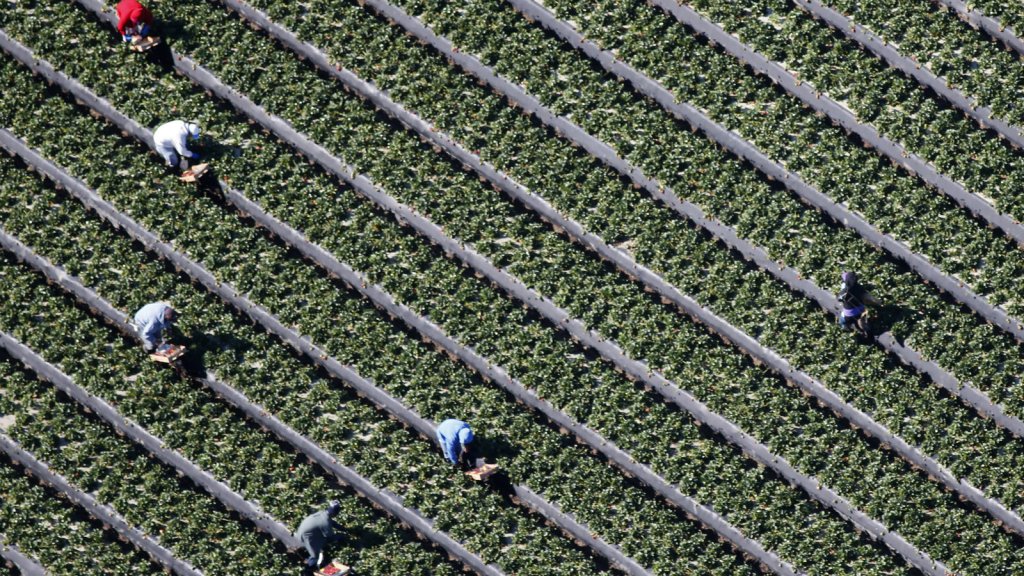 An unexpected consequence of ramped-up border patrolling: Lots of food rotting in the fields, and lots of unhappy farmers.

Immigrant farm laborers — whom we depend on to, you know, harvest our food — have been more frequently stopped at the border or have decided not to risk the increasingly difficult crossing, according to a story in Bloomberg News. In the past, at least 300,000 — and as many as 1 million — people working in agriculture crossed the border without valid papers every year. But in the last few years a crackdown at the border has decreased the number of workers entering the country, and this year extreme rhetoric (see Trump, Donald) may be further deterring people who might otherwise have come north.

The Bloomberg piece takes a close look at the politics of migrant labor. To sum up: Farmers are natural advocates for liberalizing visa and guest worker programs because they need the workers. But that doesn’t translate to farmers advocating for immigrants settling down in the United States and becoming citizens — because most farm workers would take other jobs if they could. Farm laborers make around $12 an hour — much less than they could make in, for example, construction.

We’re in a baffling position, one in which we are simultaneously criminalizing those who harvest our crops, and artificially depressing farm wages by employing laborers in a legal gray zone. Of course, there’s no easy solution. If we compensated farmworkers like any other worker,  some farmers would go broke. Farms would become more mechanized, agricultural production might shift to countries where labor is cheaper, and in some cases food prices would rise.

But of all the bad options, the current situation seems to make the least sense. It’s just dumb to draw underpaid workers into the United States to keep our agricultural economy humming, and then pay a bunch of law enforcement officers to deport those workers so that both they and the farmers who employ them lose money — and let tons of food go to waste.