You thought planes burned a lot of carbon? Say hello to cruise ships. 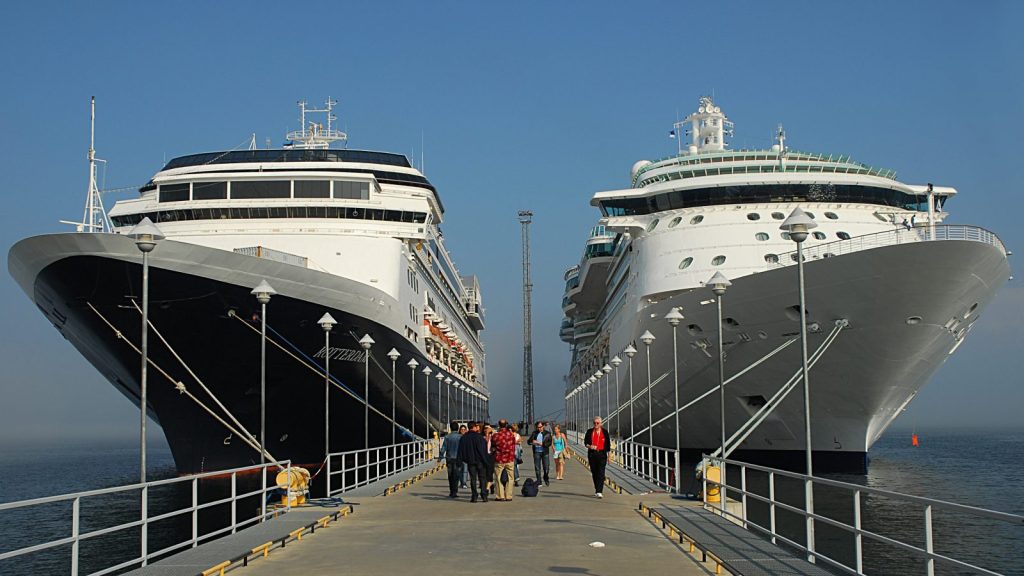 You thought planes burned a lot of carbon? Say hello to cruise ships.

I read an article by an environmentalist that the lifestyle change with the biggest impact is to quit flying. If I want to go to Europe from California, is it better for the planet if I take a bus/train to the East Coast and then take a ship to Europe and back again (assuming I have that much time on my hands in the first place)? Or would that be more wasteful than a round-trip flight?

Are you ready to be let in on an exciting secret? Here it is: You live on the California coast. You don’t actually need to go anywhere for vacation.

But I understand that people get restless, even people who live in apparent ocean paradises. In fact, yours is only one of many queries I’ve received lately concerning air travel. With the season of summer vacations in full swing, it seems my dear readers are struggling mightily to reconcile their environmental consciences with their desires to enjoy faraway parts of the world. Hey, I get it — lounging on a Tahitian beach, gazing at the David, and trekking alongside Himalayan yaks all sound rather wonderful. Still, if I may get all Susie Stay-at-Home on you, that kind of globetrotting does indeed come at a steep price when it comes to carbon. (And dollars — have you seen the Euro exchange rate lately?)

I’d agree with the nameless environmentalist you cite that giving up air travel would have a big impact on your personal carbon footprint, Madelaine. Consider that the average American is responsible for, as we recently discussed, 16.84 metric tons of carbon emissions per year, and America is second only to China in total carbon emissions per year. If every passenger on a round-trip flight from LA to, say, Paris racks up something like 1.34 metric tons of carbon, you can see what a chunk of your annual carbon total — and, by extension, our collective climate doom — just one transatlantic flight represents. If you’re a graphs person, check out this visual representation of air travel-related emissions stacked up against eco-friendly habits like recycling and driving a hybrid. Depressingly, a single trip can knock out all the other green steps you’re taking day to day.

So it must be said (again): The greenest vacation is the staycation, and the next-greenest vacation is the one that uses more efficient modes of transit, such as bus and rail. But those carbon-light means of getting from here to there do run into trouble when the desired “there” is across an ocean. So what about boats? Are they the loophole that eco-minded travel junkies everywhere have been seeking?

If by “boat” we mean “giant cruise ship,” the answer is a firm no. These big ol’ ocean liners often run on diesel fuel or gas that emits lots of carbon, plus other air pollutants like nitrogen oxides, sulfur oxides, and particulate matter, and they also use tons of electricity — in one month, enough to power 77,000 American households. All that adds up to 0.40 kilograms of carbon being emitted per passenger per kilometer on your typical cruise ship, according to a 2008 study. Since that was a few years back, I checked with Dr. Ross Klein, professor at Memorial University in Newfoundland, author of Paradise Lost at Sea: Rethinking Cruise Vacations, and a prominent watchdog for the cruise industry. As far as he knows, the estimates are still accurate.

Now let’s compare that to flying. The latest numbers from the EPA have it that air travel costs you (carboniferously speaking) between 0.17 and 0.25 kg of carbon per passenger mile. By my calculations, that is between 0.11 and 0.16 kg per passenger-kilometer, if we want to align this factoid with the cruise-ship stat above. So planes emit quite a bit more than trains and buses, but quite a bit less than that displeasure cruise across the Atlantic. There are signs that the cruise industry is cleaning up its act a bit by starting to switch from gas to cleaner-burning liquefied natural gas, which can reduce a ship’s carbon emissions by up to 20 percent. But given the other environmental issues associated with cruising — the leaking of dirty bilge water, the illegal dumping of sewage, and fuel spills among them — I’d still choose the skies over the waves for my wanderings. And just in case you hang with the high rollers, Madelaine, I’m afraid I can’t condone a superyacht, either. Nor can I approve an inflatable raft, for safety reasons.

If you must go to Europe, I think I have good news. Long-haul flights actually tend to be more fuel-efficient than shorter ones. According to this nifty online calculator, you’d burn the aforementioned 1.34 metric tons of carbon flying from LA to Paris and back; if you bused it to New York, flew round-trip to Paris, and bused home, you’d burn 1.86 metric tons. So no need to subject yourself to a cross-country bus journey. But if you go, do try to fly with one of the more efficient airlines, and think about offsetting your flight with a reputable program.

My greater hope, of course, is that all this chatter about big carbon footprints has soured you on your Grand Tour, and that you’ll take solace in the fact that you already live in a place where many people dream of vacationing. Round up some local eats, get thee to the beach, and soak it all in!