Pollen angels: The E.U.'s ban on bee-killing pesticides begins. Will it help? 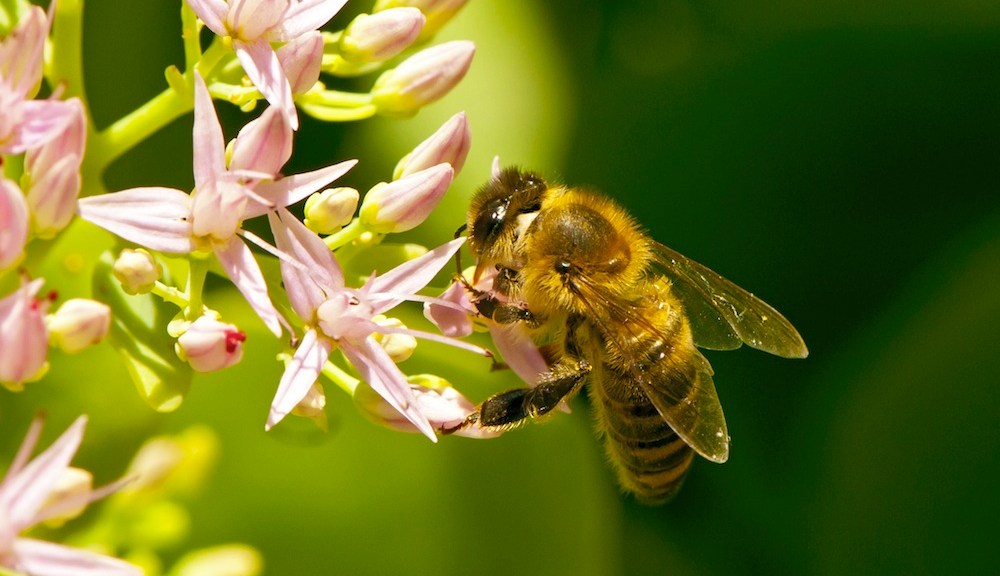 Pollen angels: The E.U.’s ban on bee-killing pesticides begins. Will it help?

On April 29, the day that the European Union voted to ban three of the most widely used pesticides in the world, I was at an insecticide industry conference in England having having tea and cookies. The ban on clothianidin, imidacloprid, and thiamethoxam — collectively called neonicotinoids —  would begin on Dec. 1, and was specifically aimed at seeing if this class of pesticide was indeed making honeybees too stupid to find their way back to the hive, as some studies suggested. Delicious snacks aside, the mood in the conference room was apocalyptic.

The panic persisted despite the fact that the E.U. ban came with many exceptions: The ban was only for two years, for instance. It did not ban all neonicotinoids; even the ones that were banned could still be applied to crops like winter wheat, because honeybees don’t fly in the winter and could care less about wheat. Greenhouses were also exempt from the ban, on the grounds that what happens in the greenhouse stays in the greenhouse. Really, only crops that did things purposely to entice honeybees to participate in their plant sex — like growing flowers –were subject to the ban. That seemed only fair.

It didn’t matter that the ban was only two years, the reps and scientists from Bayer and Syngenta said then. The ban was a lever that could be used to push for an even more time — a prelude to a longer ban, possibly even a permanent one.

“Basically, we could be losing 90 percent of our pesticides,” said Mike Coulson, a senior technical expert at Syngenta. “We’re in danger of becoming the museum age. No one is looking at benefit. Everyone is looking at risk. To people who say “Could we do that with organic or biological control? I would say, ‘We tried.’ Our hope is places like Brazil, Canada, and America, where they are proud of their agriculture but also care about their environment.”

I was at the pesticide conference because I was curious: For years I had been researching honeybees and colony collapse disorder by talking with beekeepers and toxicologists, who were idealists. The insecticide scientists were much the same way. They who had started working in a field where they were fighting the good fight against insects, seen as heroes growing food to feed the world. Since then they had seen the compounds they were able to work with drop from over a thousand to a few dozen. Didn’t people realize that there was a food shortage going on? That we had to grow more food on less land and that climate change would make it even worse? “People want a villain,” said one scientist. “It’s much easier for them if it’s the big bad chemical companies. And farmers. No one knows a farmer anymore.”

Until this point, most activism around neonicotinoids in the United States has been grassroots organizing. Literally. As in organizing gardeners and lawn-havers into not spraying garden products that contain neonicotinoids. In March of 2013, the Sierra Club, the Pesticide Action Network, and a group of beekeepers filed a lawsuit against the EPA in an attempt to force it to suspend the registration of clothianidin and thiamethoxam, two of the neonicotinoids banned by the E.U.

This July, Rep. John Conyers (D-Mich.)  introduced a variation on the E.U. ban called the “Save America’s Pollinators Act.” It would force the EPA to suspend the registration of most neonicotinoid insecticides until they could be determined safe. Currently, it is in committee, and is estimated to have an 11 percent chance of ever making it to a vote, and a 0 percent chance of ever being enacted.

A few days after the E.U. ban took effect this December, the European Food Safety Authority also recommended that the E.U. lower its standards for acceptable exposure to imidicloprid. The recommendation was based on a Japanese study published in February of 2012, which found that cells cultured from neonatal rat brains responded to neonicotinoids in much the same way that they respond to nicotine, which means that consuming foods grown from neonicotinoid-treated seed could have rough implications for embryonic humans. Maybe. Hard to say. It’s only one study, and a study of embryonic rat brain cells at that.

The most useful thing about the E.U. ban is not so much that it’s a ban, but that it’s an opportunity to see how honeybees are affected when one specific factor of the landscape they move in is removed. Unfortunately, there’s a chance there might not be enough time for any effect to reveal itself: As Dave Goulson, of the University of Sussex points out, the ban starts on Dec.1, so the seeds for 2014’s harvest were soaked and planted months ago, and neonicotinoids can persist in the soil for years.

So is the ban a pointless gesture? Science and politics make for an uneasy mixture. In this case, political action needed to happen in order for a certain kind of research to take place. Lets hope that, over the next few years, it will help the kind of science that needs to happen around neonicotinoids and the larger world take place.