Should meat be a luxury? 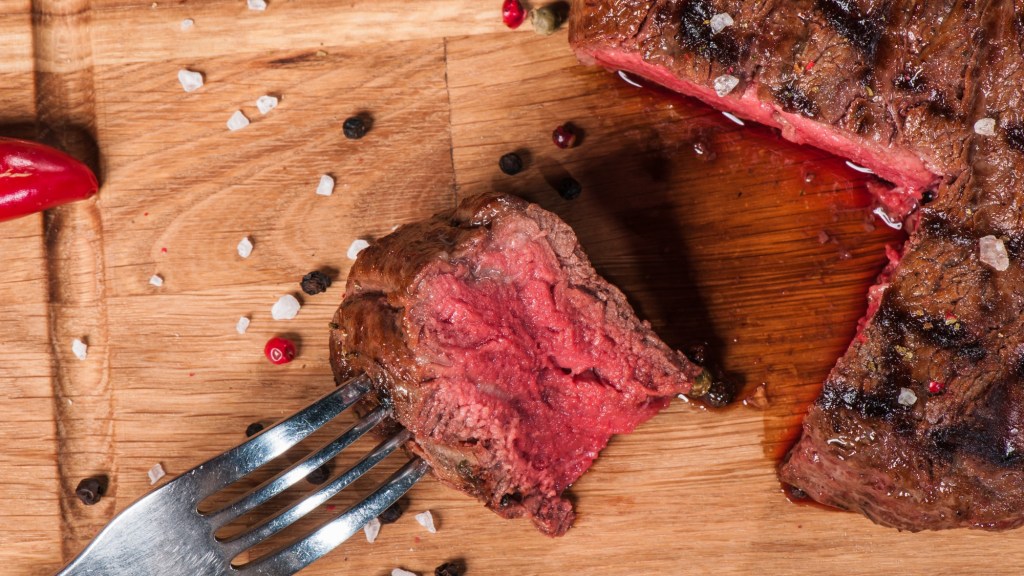 Should meat be a luxury?

Mom and dad, cover your eyes. Now that my cattle-ranching parents aren’t reading, I’ll say it: Americans eat too much meat. We’ve gone from eating four ounces of meat twice a week in 1920 to eating 4.4 to 6.9 ounces a day, according to a recent New Yorker article. To keep up with demand, the U.S. brims with monstrous factory farms. And that’s not healthy for animals, humans, or the planet.

So, how to solve meat overconsumption? You could approach meat as a sometimes-treat and utilize less-popular cuts and organs like tongue. Meat-as-luxury, an idea as old as time, has been applauded by many food thinkers. But Dana Goodyear’s aforementioned article “Elite Meat” does an excellent job of showing how that looks on the ground.

Goodyear profiles Anya Fernald, the co-founder and CEO of Belcampo, a company that includes a sustainable farm, a slaughterhouse, butcher shops, and restaurants. At $15.99 a pound for skinless chicken breasts, the resulting meat is pricey — but that doesn’t keep Belcampo’s products from flying off the shelf.

The story of Belcampo gets at a critical food movement tension. On one hand, Fernald wants meat to be a luxury that we can’t overconsume. On the other, she wants to go beyond competing with hipster butcher shops. “I want to be the next Safeway,” she says. (Yo, Fernald, have you been to a Safeway? Pull up a bucket of potato salad and think this through.)

While it’s clear Fernald wouldn’t mind distancing herself from the hipster moniker in general, the piece includes choice bits like this:

In Italy, Fernald had met and married an Italian named Renato Sardo; pregnant with Viola, she lived on tofu skin and could barely look at a picture of meat, much less eat the real thing. Developing the burger for Belcampo’s first shop, she forced herself to sit for tastings, eight burgers at a time, sometimes twice a week. She averted her eyes, took small bites, and spat into a napkin. Now she is back on meat, but she and Sardo have separated. He makes artisan pasta.

Aw, Anya, you’ll never relate to the average American if you’re spitting beef like wine and sharing custody with a cool pasta maker. Just put on the Enya and make peace with your hip self, already.

Fernald also characterizes vegetarianism as a phase for new foodies in their early 20s. This isn’t just patronizing — if someone’s concerned about industrial meat and can’t afford silk wrap dresses, vegetarianism is a much better solution than saving up for a $12 burger.

The story is full of tech company comparisons and cool kids. Here’s that food movement you ordered, Mr. Berry:

I don’t mean to poke too much fun at a business that, on the whole, I’m glad exists. But my favorite moment in the story comes when Belcampo retail president and oversized-glasses-wearer Bronwen Hanna-Korpi tries to get the blue-collar workers at the slaughterhouse to eat headcheese:

At eleven-thirty, a rush of plant workers came in holding Playmate coolers and packs of Marlboro Reds, wearing “Sons of Anarchy” and Budweiser gear. As they lined up in front of the microwave, Hanna-Korpi tried to explain headcheese to them. “It sounds disgusting, but it’s delicious,” she said.

A man in a tank top looked at her skeptically and squirted some ketchup on his spaghetti. Hanna-Korpi appealed to Glenn Gonzales, a manager in charge of packing operations, who had been in the morning’s meeting. “Eat some headcheese, Glenn,” she said. “Nope,” he said, smiling and shaking his head, as he filled a white hot-dog roll with yellow mustard and layered on some Oscar Mayer bologna.

“That headcheese will sit here,” a receptionist said. “It’s funky-looking.”

And therein lies the rub. Our food system is messed up, and a lot of us care about it. Fernald wants to make sustainable meat less of an “insider’s club,” but you know what they say about good intentions and headcheese. America may be a melting pot, but Oscar Mayer bologna and artisan headcheese is one sandwich I will not eat.

Ten pounds of meat a month is a perk of working at Belcampo, and that’s a great start. But until we can make big changes palpable to the rest of the country, this will all remain just that: elite meat.