Slaughter-free milk is great for cows, but not the environment 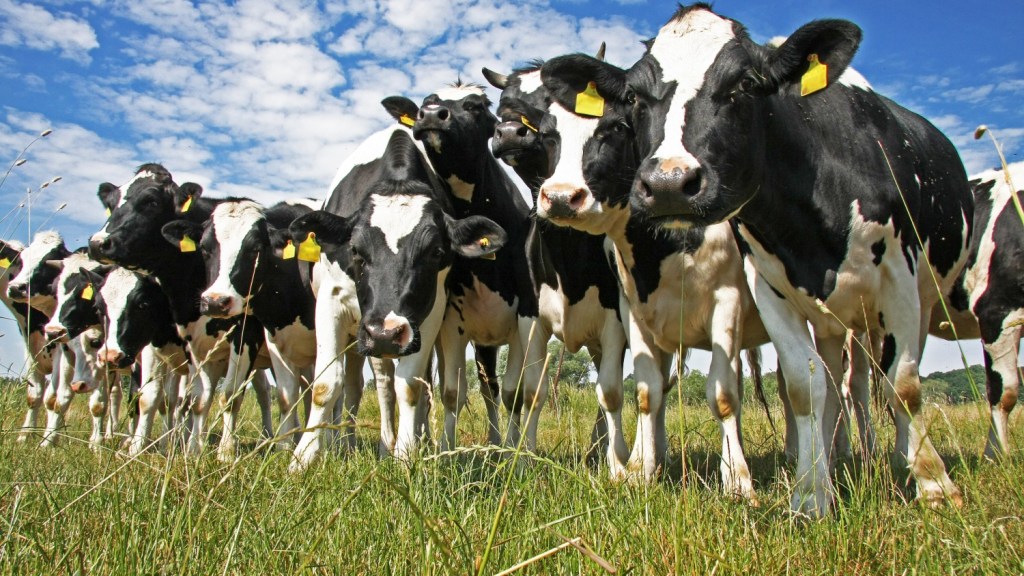 Slaughter-free milk is great for cows, but not the environment

If you don’t eat beef because you feel sorry for those cows in Chick-fil-A ads, then you probably shouldn’t drink milk either. The typical male calf born to a dairy cow becomes veal. The typical female is milked for five years — a quarter of her natural lifetime — then sent to the abattoir to become pet food or low-grade hamburger meat. Elsie the Cow, Borden Dairy Company’s famous cartoon logo, is smiling only because she doesn’t realize that she’s about to get euthanized with a cattle gun.

Yet if you’re an ethical vegetarian who still can’t bear to give up milk, you now have another option: slaughter-free dairy, which comes from farms where cows never get killed. Since 2011, the U.K.-based Ahimsa Dairy has offered slaughter free-milk and cheese to customers in London. In February, Pennsylvania’s Gita Nagari Creamery, which has supplied no-kill milk to the local Hare Krishna community for many years, began offering it to the public through subscription and mail order — for a whopping $10 a gallon. The price includes a $2.50 cow retirement fee and $1.50 for “boy calf care.” Less than half of its 60-head herd gets milked; the rest of the animals pull plows or spend their golden years lackadaisically chomping grass.

“For us, the cows or oxen or bulls are seen as extended family members,” says Pari Jata, the co-president of Gita Nagari Creamery. “It’s very important for us to protect them in their retirement. We take care of them just as one would take care of elderly parents in their old age.”

The slaughter-free milk movement takes its cues from India, where many vegetarian Hindus drink milk but consider cows sacred animals that should never be consumed for meat. Yet increasing numbers of Gita Nagari and Ahimsa customers are westerners who eschew meat for ethical reasons. Both dairies have considered selling their milk in stores; Ahimsa is in talks with a major retailer.

As vegetarianism gains popularity, slaughter-free milk could become a bona fide food trend — but there’s a catch: It might take a toll on the environment. Cows are already the nation’s single largest source of methane, a greenhouse gas produced by oil extraction, decomposing trash, and the guts of grazing animals that’s as much as 105 times more potent than carbon dioxide. A single cow farts and belches enough methane to match the carbon equivalent of the average car. According to a 2006 United Nations Food and Agriculture Organization report, the world’s 1.4 billion cows produce 18 percent of the world’s greenhouse gases — more than the entire transportation sector. Since the turn of the 19th century, global methane emissions have increased by more than 150 percent, and cows are largely to blame.

If all dairies became slaughter-free, we’d need three to four times as many dairy cows to produce the same amount of milk, which would mean adding at least 27 million additional cows to our herds. Those added cows would each year produce greenhouse gas emissions equivalent to four large coal-fired power plants. We’d also need more meat cows to keep up with the demand for products such as veal and dog food. Pasturing all of these cows would displace wildlife or agricultural crops, straining biodiversity and increasing food prices.

Jata knows there’s a potential for the slaughter-free milk trend to go bad — just like the craze for tofu and soymilk contributed to the spread of soybean plantations in South America’s rainforests. “Where does it end?” she asks. “For us, as a community, we bring it all back to local food sources and local practices that are self-contained but shared, so it doesn’t create this mass corporation-style approach to everything.”

Small, humane dairies can certainly find other ways to mitigate their environmental impacts. The Gita Nagari and Ahimsa dairies employ cow manure to fertilize their organic vegetables and bull power to plow their fields, avoiding carbon-intensive tractors and chemical fertilizers. And the Gita Nagari dairy uses an anaerobic digester to convert manure into a gas that residents of the dairy use for cooking — but this sort of thing would be hard to implement on a larger scale.

For Nicola Pazdzierska, the co-director of the Ahimsa Dairy Foundation, the price and environmental impact of slaughter-free milk underscores the need to rethink our relationship with dairy products. “We’re not saying more cows,” she told me. “We’re saying possibly even fewer cows, but kept in better circumstances.” She went on: “We think milk is a precious foodstuff. If you pay more for it, you value it more. You use it more thoughtfully. It should be treated with respect.”