For $5 a month, you can put food on a stray climate writer's plate 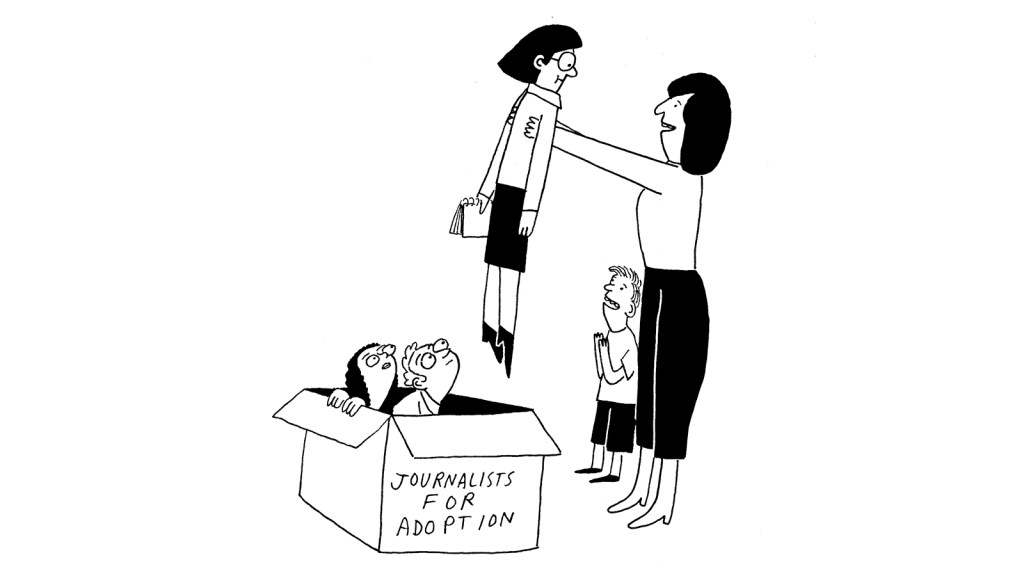 For $5 a month, you can put food on a stray climate writer’s plate

I’ve written recently about the importance of small news websites to cities, especially during and after natural disasters. These sites, which have proliferated like crazy in the past five years, are filling in some of the holes left by dwindling daily newspapers. The trick, of course, is keeping them afloat.

Well, here’s another approach to funding strong journalism — not publications, per se, but individual writers. It’s called Beacon, and it’s the Adopt-A-Manatee program of the increasingly colorful online news ecosystem.

I first learned about Beacon via an email from a writer and some-time Grist contributor, Josie Garthwaite, who has joined forces with five other journalists to create Climate Confidential, a “micro publication” that publishes weekly stories about the environment and tech. To get the project off the ground, the four were soliciting subscriptions and sponsorships via Beacon — a combination publishing and fundraising platform that’s billed as a sort of “Netflix for news.”

Since its launch in February, Climate Confidential has raised $45,775, according to Beacon. And I’m getting emails almost weekly from other journalists (and groups of journalists) who are launching their own projects on Beacon and asking for help.

There was one from Emma Marris, who is working on a project about wolves in the 21st century, and another from Emily Gertz, who is part of a collective working under the banner of Flux, covering “resilience and weakness in a shifting world.” A quick poke around Beacon turns up Elizabeth Grossman’s investigation of what climate change means for my cheeseburger; Cally Carswell and Sarah Keller’s exploration of what genetics tells us about plants’ and animals’ ability to adapt; and Bob Berwyn’s father-son reporting trip through the Rockies, studying global warming’s impacts on the high country.

Worthy projects, all. And each comes with a convincing Kickstarter-style video appeal, asking me to chip in, and a list of premiums reminiscent of an NPR pledge drive. (Mugs! Photos! Dinner with the author!)

Here’s how Beacon works: I can pick my favorite writer, or micro-publication, or even a general topic such as “climate + environment.” I “subscribe” by paying $5 a month, and get access to not just my favorite writer/ micropub, but everything that’s published on Beacon. The writers set their own fundraising goals and get 70 percent of their monthly subscription money. Half of the remaining money goes into a bonus pools for the writers, and the final 15 percent goes to Beacon to cover overhead.

The key difference between Beacon and crowd-funding sites like Kickstarter and (presently mothballed) Spot.us is that on Beacon, you pay to support the writers, whereas other sites focus on individual projects. So with the latter, writers pitch how cool a story is up front, whereas the Beacon model lets them say, “I am a talented person with a solid track record, ‘subscribe’ to me and I will produce interesting stuff for you.”

I like this. I like it because I like journalists (oh right, I am a journalist), and because I want to find creative ways to keep them (us) in work. Magazine and newspaper jobs are hard to come by these days, and making a living as a freelance writer can be bruising. With Beacon, independent journalists might be able to make a decent living without the constant sales and marketing required when pitching stories to publications.

I also like the idea that writers can strike off on their own, using Twitter, Facebook, and now Beacon to take their readers with them. In an age when many publications measure success on “clickability,” this is a chance to put my money into deep-diving reporting and more thoughtful work.

The biggest drawback that I see is the same as the site’s biggest draw: It’s not a publication. Publications and media organizations, lumbering and fickle as they may be, do have some advantages. Editors, for example (yes, I’m one of those too). And libel insurance. I’m a little worried that writers could be hung out to dry if one of their sources or subjects decided to sue over something they wrote — or that they might shy away from more controversial topics for fear of same.

“From the beginning, we’ve said that this is a platform, not a publication,” Beacon’s managing editor, Dan Fletcher, told me. “We’ve been clear with our writers that they lose some of the protections that they would have working with a publication.”

Fletcher acknowledged that the company has some work to do. “Since we launched Beacon back in September, we’ve been focused on, how do we make enough money to make this a viable option? It’s only recently that we’ve cracked that,” he said. The company will address issues such as libel insurance in the next six months, he says.

Meanwhile, it’s clear that Beacon’s founders want the site to be more than just a funding platform. For now, writers are free to sell their Beacon-funded work elsewhere, Fletcher says. But ultimately, he says, “We want Beacon to be a destination.”