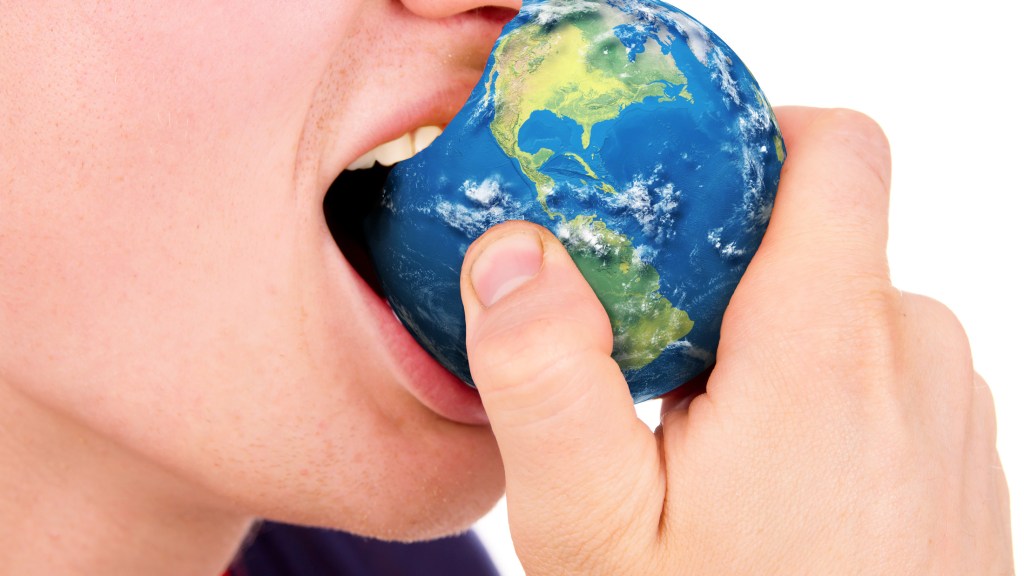 Oxfam has a new report out predicting that climate change will drive up food costs, leading to hunger and suffering. Though that’s not exactly news, what’s interesting is that Oxfam has aimed this report at the 10 largest food and beverage companies in the world.

The authors take pains to demonstrate that there’s not just a moral obligation for these corporations to act against climate change; it’s also the right — intelligently selfish — business decision.

The report finds that the food industry “has a very patchy record, which for some companies verges on downright negligence.” It singles out Kellogg and General Mills for special criticism: “Both companies are highly vulnerable to climate impacts but also well positioned to lead the industry towards a more sustainable future.”

All these companies are working independently to reduce the amount of greenhouse gases they release, but none of them is going far enough. Without some assurance that all businesses will make the same kinds of sacrifices — that is, without some kind of regulation — it’s very hard for any single company to go carbon neutral.

“These companies have been speaking about the risks of climate change pretty consistently,” said Heather Coleman, climate change manager for Oxfam America. “But they have been standing on the sidelines when it comes to calling out governments for failing to provide real action.”

If companies would benefit from climate regulation, what’s holding them back from advocating for that? Well, it’s a bit like that moment when a teacher begs a class for someone to raise her hand and answer a question. Everyone probably knows the answer, but no one wants to risk getting it wrong (and looking like an idiot), or getting it right (and looking like a showoff). In the same way, big companies are scared of alienating any customers by taking a political stance — it’s easier to let someone else get that attention. And so Oxfam, like a substitute teacher, is left calling out, “C’mon, you guys can do this! Anyone?”

Some of the companies named in the report have protested, saying they are actually doing good work on greenhouse gas reductions, or that Oxfam has mischaracterized their efforts. Coleman says that, whatever the company representatives say, it remains clear that their CEOs are not “taking action in a way that shows leadership. Most CEOs aren’t coming out and calling for strong climate action.”

There is an exception: Paul Polman, CEO of Unilever, “gets it,” Coleman said, and he has advocated loudly for action on climate change. Furthermore all of these companies deserve a lot of credit for taking decisive action on deforestation caused by palm oil farming. “They’ve taken on policies that go above and beyond what their industry groups have recommended,” Coleman said.

But unless companies start pushing for meaningful carbon laws, these initiatives will remain token efforts.