A defunct steel factory in Newark, N.J., is slated to become the world’s largest indoor farm. It’s hard to think up a more hopeful image: greens sprouting in the ruins of the decaying industrial economy. There’s a description of the $30 million project here, with renderings that make the whole thing look a little like farming as designed by the Container Store. 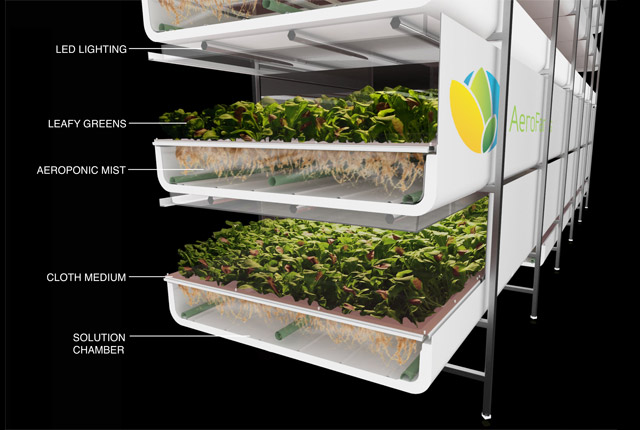 Beneath the appealing surface of this project, there’s a lot of substance to applaud, too. The venture-backed company, AeroFarms, will bring jobs to the city, replacing blight with business. It will grow produce without pesticides. Its project will be incredibly efficient with water. It’s land-saving — able to grow tons of food in a small space. It can control its weather. And it’s close to a lot of eaters, so transportation of its products should have a smaller impact than the delivery of salad greens from California or Mexico. 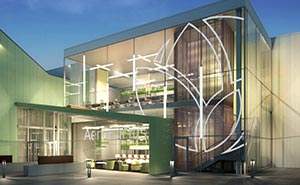 But — you knew there was a but coming — indoor farms have some major inefficiencies, too. Instead of using sunlight and rain, they have to use electricity to power LEDs and water pumps. Instead of simply cultivating a field, they require a huge up-front investment in machinery. Indoor farms are exciting, because they are a radical departure from traditional techniques, but that also makes them risky. The innovators are trying to improve an age-old process by replacing a free, naturally occurring system with a mechanical one — it’s like trying to improve humans by building synthetic hearts.

Because of these inefficiencies, produce from indoor farms hasn’t been able to compete on price with the stuff grown outdoors. It’s unclear whether indoor farming can be economically and environmentally sustainable — but the only way to figure that out is to try it. Progress here will require companies like AeroFarms to dive in and struggle with these problems. It will be fun to see if they can make it work.

All oil is bad, but some is worse. Here’s the difference.