This site will answer all your growing queries 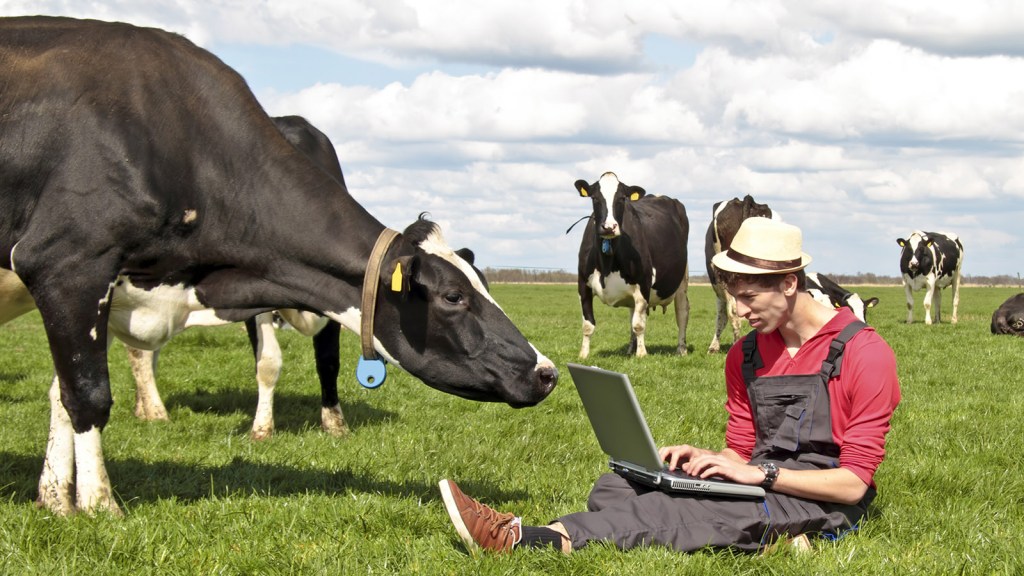 This site will answer all your growing queries

According to rainforest ecologist David Hughes, agriculture went off the rails when the venues for swapping seeds, techniques, and expertise began gathering cobwebs.

“Since the beginnings of agriculture, farmers have been sharing information left, right, and center,” he said. “But we haven’t been doing that so well for the last 70 or 80 years.”

As farmers have become more specialized they’ve required more and more specialized information, and companies have figured out how to restrict and profit off this knowledge. At the same time, academics have found they prosper by spending their time publishing papers rather than disseminating knowledge.

Hughes started thinking about this when he was tramping down lonely trails with his collaborator Harry Evans. Evans is one of those rare scientists, who — instead of racking up publications in prestigious journals — has spent most of his time sharing (and applying) his knowledge. “Every time we walked out of the forest I was getting a master’s class in plant pathology,” Hughes said. “It took me two more years, but eventually it percolated into my slow-acting brain that this kind of knowledge is incredibly important, but we’re not training more people like him.”

The best solution would be for society to invest in the education of thousands more people like Evans, Hughes said. Since that wasn’t likely to happen any time soon, he partnered with Marcel Salathé, a tech-savvy colleague, and began working on a second-best solution: a web-based tool to facilitate the spread of agricultural knowledge named PlantVillage.com.

It’s a nonprofit, open-source information hub. The idea is simple: People write questions about plants they are growing (often uploading pictures), and other people answer them.

Every question on the site has an answer, and the quality of answers is high. An exception is perhaps the best proof of this rule: When a grower wrote in about a disease affecting oil palms in Vietnam, the community at PlantVillage was stumped. Hughes wrote to experts around the world and learned that they were stumped as well. “If I don’t know the answer I’ll write to the top person at the USDA or CABI, and get it. No one knew the answer. We realized we’d exposed a gap in the knowledge,” he said.

When there is a known answer, this network of experts can speedily extract information that otherwise lies hidden in scholarly journals, behind paywalls. And often the best answers may come, not from published science, but from experienced farmers.

“I know from working at a land-grant college in central Pennsylvania that, for instance, some of the farmers knew a lot more about bacterial diseases in onions than the scientists did,” Hughes said. “Imagine millions of farmers sharing information.”

Hughes says he built PlantVillage for Africa, to help get information to the growers with the least access. Currently  just 15 percent of the site’s traffic comes from that continent; many users are well-to-do hobby gardeners rather than working farmers. But that doesn’t bother Hughes. For now, he is focused on building a community and working out the technical kinks.

“Africa isn’t ready for us yet, but it’s gaining connectivity very quickly,” Hughes said. “In about two years the main crowd of African farmers will be ready for us.”

When questions do come in from Africa, like this one looking for a way to stop devastating erosion in Tanzania, the experts are quick to offer suggestions.

Hughes wants to keep expanding the site. Eventually, you should be able to point a smartphone at a diseased plant and get an immediate diagnosis. We actually have the tools to make this work now (if Facebook can identify your cousin, then surely machine learning can identify powdery leaf mildew), but we’re short on data — we don’t have enough pictures of diseased plants on the internet, Hughes said.

“The problem is that we have more pictures on the web of Kim Kardashian’s bum than we do of the food that feeds us,” he said.

If the site grows to a truly worldwide network of growers, it will also clue scientists in to the emergence of new diseases and allow a faster response. Hughes feels strongly about this sort of thing. “I’m Irish,” he said.

The implication: With better information sharing the Irish potato blight — which killed a million people — could have been alleviated. The ultimate goal here is to preempt the famines of the future.