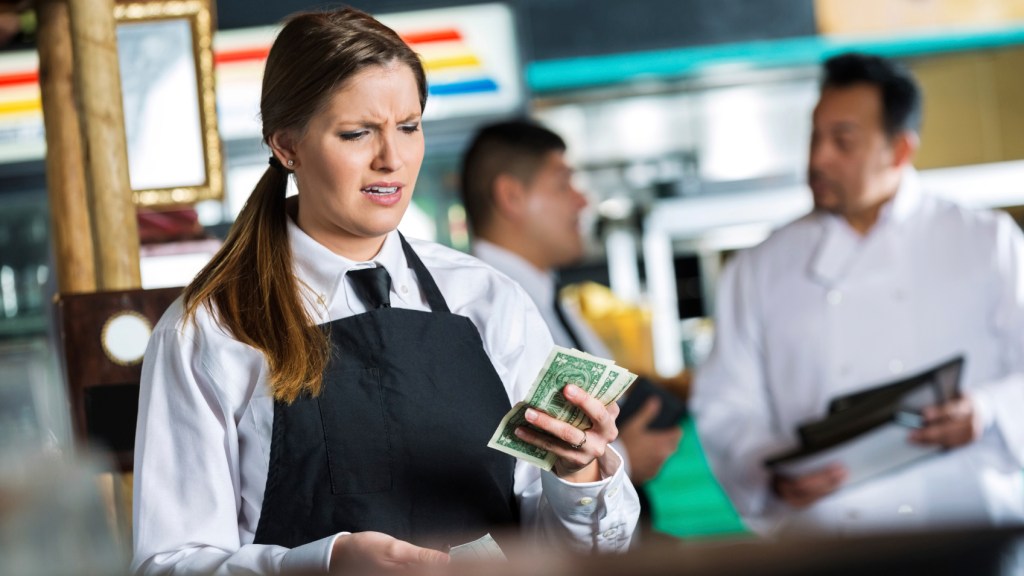 Food service is not easy. I learned this lesson at 16, when I got my first job at a local Mexican restaurant known as Taco Bell — a job that lasted approximately three hours before I handed in my T-shirt and told the manager I just wasn’t cut out for corporate life.

But not everyone has the luxury of quitting their horrible, no good, underpaid food service job, and it’s those workers who are the subject of Forked, a new book by Saru Jayaraman. Jayaraman is the co-founder of the Restaurant Opportunities Centers United, a national advocacy organization, and in an interview with NPR, she points out that there are a hell of a lot of food workers in the U.S.:

We spend more on eating out than in the home. The industry is enormous: [it’s] the second largest employer and growing faster than any other. One in 12 working Americans work in this industry, [and] 1 in 2 Americans have worked in [a restaurant] in their lifetime.

Of all the issues food service workers face, Jayaraman says, “No. 1 is poverty wages, both tipped and untipped.” And why the hell is tipping even a thing? In nearly every other business, employee compensation is a huge part of overhead, so why does this industry get to pretty much avoid paying their workers? Can you imagine if journalists or teachers or doctors worked on tips? No, you can’t: It’s unimaginable. But for some reason, we accept tipping when it comes to food service work. The reason, according to Jayaraman, has to do with the lesser-known NRA, the National Restaurant Association. Jayaraman says:

It’s the 10th most powerful lobbying group in Congress, [and] the most powerful voice in every state legislature on work conditions. They have wielded enormous power over legislators, to the point where [I have] heard people talking about, “We can only raise the minimum wage if we leave out the tipped workers because the Restaurant Association won’t let us raise the minimum wage unless we leave out those tipped workers.”

And yet, even if the NRA weren’t dictating our tipping habits and we simply eliminated tipping from American eateries, the consequences wouldn’t necessarily be good for all food service workers. In places like Seattle, where the current minimum wage for tipped employees is $10 an hour, bartenders and servers get $10 plus tips. It’s good money, although, as Jayaraman pointed out, “those jobs are held almost exclusively by white men. People of color, women and immigrants often can’t get to those best jobs; [they] get stuck in lower level segments, like fast food, and positions like bussers, runners and dishwashers” — all of whom make significantly less.

Seattle is in the process of raising its minimum wage to $15 a hour, and many restaurants and bars will eliminate tipping altogether (some have already started), which could mean lower wages for the city’s well-tipped bartenders and servers.

So what’s the concerned consumer to do — at least until we reconfigure the political system so that lobbyists don’t write laws? Do your homework, Jayaraman tells NPR: “If you want to be treated well, served well, given quality food, then you have to care about how these workers are treated.” To make it a little easier, ROC United has created an app that will rate restaurants in your area based on how they treat their employees.