What would happen to your diet if bees completely disappeared? 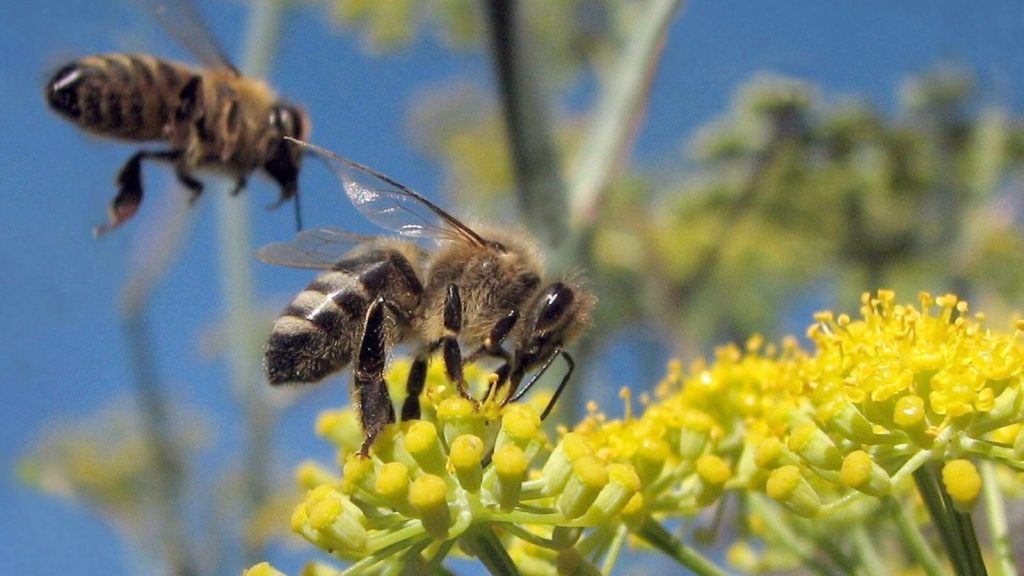 What would happen to your diet if bees completely disappeared?

When the media started talking about colony collapse and disappearing bees a few years ago, I kept hearing this terrifying phrase over and over: “When the bees go, we go.” The implication here is that without bees around to pollinate our crops, we’d be without crops … and, ya know, food.

But it is true? Pacific Standard’s Brian Palmer looked into just how fucked we would be if all the bees disappeared, and concludes that without bees, “life would be nasty, brutish, and short” — not to mention less delicious. But if you get into the specifics, there are a lot of crops that actually don’t need bees for pollination. Take grains, for instance. Grain pollen is spread primarily by wind, and so grain-based foods like bread, sweets, cereal, and pasta don’t actually need bees and their sticky feet for reproduction. Nor do sugarcane or sugar beets. This means that sodas, cakes, cookies, donuts, cronuts, pizza, booze, breads, Pop-Tarts, and grain-eating animals like chicken could all survive in a post-bee world. Basically, our junk food will be safe.

The future is less bright when it comes to fruits and vegetables. Palmer writes:

In 2011, a team of researchers at the University of California–Santa Barbara released a study showing that most of the nutritional diversity in the human diet comes from foods that are pollinated by bats and insects, such as bees. The majority of dietary lipids, calcium, fluoride, iron, carotenoids, lycopene, beta-cryptoxanthin, and the vitamins A, C, and E consumed worldwide come from crops that require pollinators. These plants include berries, oranges, lemons, potatoes, cashews, broccoli, cabbage … the list is quite long.

Without these nutrients, you would become a physical wreck. Scurvy, for example, is incredibly rare in the developed world these days. Part of this is due to vitamin C in fortified foods, but some of it is because of the widespread availability of vitamin C-rich fruits like oranges and lemons. Vitamin A deficiency is likewise rare, but the symptoms are unpleasant and include night blindness. Carotenoids, lycopene, and beta-cryptoxanthin, which come from bee-pollinated foods such as carrots, are believed by many epidemiologists to reduce the incidence of cancer.

That’s right: night blindness. In other words, you could survive on a diet wholly independent of bees, but you probably wouldn’t want to.