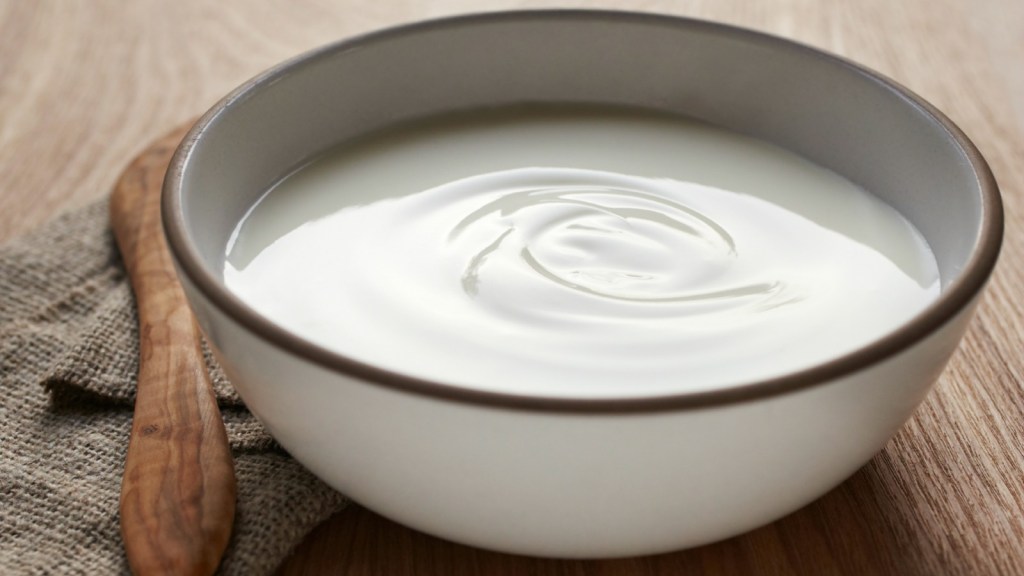 Milk — it does a body good! Unless, of course, it’s non-fat, 1 percent, 2 percent, or any of the other low-fat milk products the dairy and diet industries has been pushing on us for decades. These days, a growing number of health-conscious consumers are skipping right past the bluish, watery substance known as skim and going for the real stuff: creamy, fatty, whole milk fresh from old Bessie’s teat. Fat, it seems, is back.

At least, that’s the hope of Evan Sims, creator of Peak Yogurt, a new startup making the stuff with a whopping 18 percent milk fat. In his Indiegogo campaign video, Sims says he was motivated to create his own yogurt after being frustrated that you can only find low- or non-fat yogurts at the grocery stores.

GIRRRRL, I KNOW. I’ve been on that high-fat yogurt tip for years, after reading Michael Pollan’s In Defense of Food. Pollan argues that whole milk is better for you than low- or no-fat milk because it’s less processed and has less sugar — because when you take the fat out of something, you need to add a whole bunch of other shit that’s just as bad for you to make it taste halfway decent. Like Sims, I am very familiar with the difficulty of finding whole fat yogurt at any of the four (FOUR!!) grocery stores on my street.

While I can’t confirm the quality of Sims’ yogurt (although if he were inclined to send some over to the Grist offices, we wouldn’t say no), I can say that his timing is very good. From Forbes:

In part, recent buzz in the media has helped open the door to products like Sims’. For one, an exhaustive meta-analysis by a team of scientists, which questioned the supposed link between saturated fat and heart disease, gave the fat debate a spotlight in mainstream media in early 2014. About one year later, a report by the 2015 Dietary Guidelines Advisory Committee to the federal government created more stirrings about the need to reexamine whether or not the current recommended limits on fat consumption were warranted.

But before you go jumping into that pool of whole milk, remember that food fads are as unpredictable as they are inescapable. And tomorrow we could learn that it’s not fat, sugar, or carbs that are killing us, but tiny, microscopic spiders that live in your dinner and eat you from the inside out. Surprise! So maybe fat is back right now, but there’s no telling for how long.