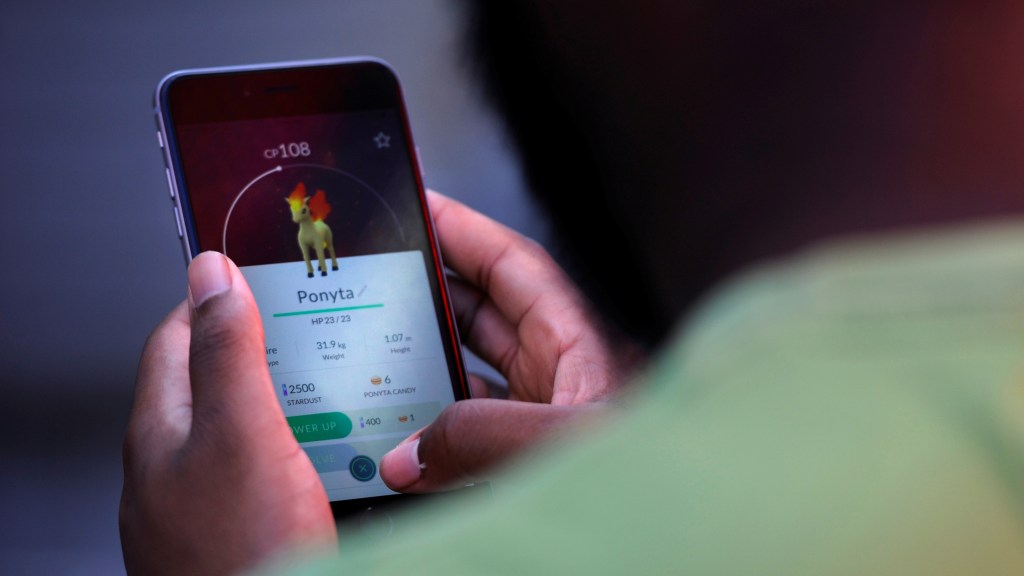 For those of you who’ve deprived yourselves of the thrill that is Pokemon Go, here’s all you need to play the game: Pokemon (the little cute animals) and pokeballs (the little things that catch ’em). In cities, the Pokemon themselves show up all over the place. As for the pokeballs, you get a few for free when the game starts, but after that you need to visit a pokestop in order to re-up. But all pokestops are not located equally.

I’ve been playing the game for about a week now, and I noticed several screenshots from other players’ illustrated neighborhoods with considerably more pokestops than my own (I live solidly working class neighborhood of color in Los Angeles). I started a hashtag, #mypokehood, on Twitter to crowdsource some information about what pokestops looked like in different places.

Here’s some of what I’ve found:

Pokemon Go racially preferences some areas more than others. It turns out Niantic, which makes Pokemon Go, relied on a map from a previous augmented reality game called Ingress, which was crowd-sourced from its mostly male, tech-savvy players. The result is a high concentration of pokestops in commercial and downtown areas of some cities, while there are typically fewer pokestops in non-white or residential areas, if there are any at all.

Parks are filled with pokemon and pokestops — but that doesn’t help in neighborhoods of color that lack green space. It seems that public parks in cities are designated pokestops, regardless of the neighborhood’s racial makeup. But as Grist has previously pointed out, parks tend to be concentrated in whiter, wealthier neighborhoods.

Black players have reasonable concerns. Back when Ingress players were mapping out the landmarks we now use to play Pokemon Go, black players were targeted by police. According to @typhoonjim, who played Ingress, a “black opponent received thorough grilling” by cops when mapping out spaces in Baltimore — and he reports hearing of similar accounts in other cities. Omari Akil explains that, as a black Pokemon player, he fears that circling neighborhoods while playing the game could even mean death.

Muslim, Arab, and South Asian players might be considered a national threat when out catching Pikachu. What is considered suspicious behavior? According to Homeland Security, someone who loiters or takes “unusual, repeated, and/or prolonged observation of a building,” may be engaging in a “terrorism-related crime.” The problem is, playing Pokemon Go requires this exact kind of behavior — and whether or not it’s deemed suspicious might depend on someone’s religion or ethnicity.

Native American players living in reservations have fewer options. Because pokestops are concentrated in cities, rural players everywhere have trouble. But for Native Americans who live in reservations, it’s even tougher. Majerle Lister, who lives in the Navajo Nation, two hours outside of Flagstaff, says his friends, who want to play the game, haven’t found any pokestops. Angel White Eyes, who lives in Pine Ridge, said that there are a few pokestops there, but they’re a serious trek away.

The game doesn’t serve disabled people. It doesn’t matter that a pokestop is just a few doors away if you can’t leave the house. Pokemon Go players have to move around in order to hatch Pokemon eggs, catch new kinds of Pokemon, and fight in gyms. None of that works very well for disabled players, children stuck in hospital beds during a long-term stay, and others who aren’t guaranteed accessible sidewalks and transportation.

There’s no way to submit new pokestops. Niantic originally allowed Ingress players to submit potential locations using pretty straightforward criteria, as noted by @Charkitect  — but that’s been shut down, at least for now. It’s too bad we can’t add to the map and start shaping the world of the game to better match the world its players live in.

Pokemon Go illustrates systemic inequities. The tech-savvy, mostly male Ingress players who built this map didn’t just happen to end up where they did: A neighborhood’s tax base determines how good the local public schools are. Because white people earn more money on average, their kids get to go to better public schools. Those kids who have better backgrounds in science, technology, engineering, and mathematics are better suited to help games like Ingress create maps. Now, they’ve got a leg up on the most popular smartphone game on the planet — and they’re safer when they play it. That’s how systemic inequity works: It influences every facet of life, even in augmented reality.

Moving forward, there are some quick fixes for Pokemon Go, like adding pokestops at all bus stops — but that will only help part of the problem. It’s going to take a lot creativity, as well as a lot of patience, to fix augmented reality, starting with real reality.