One of Tani Salma’s most vivid childhood memories is laying in his mother’s arms as she held him tightly. But in this memory she wasn’t singing him a lullaby or reading him a bedtime story — she was protecting him, as they laid under her bed, from the unrelenting winds and rain ripping the roof off of their home near the West African coast.

“I was scared and screamed the entire time,” Salma told Grist. “I didn’t know anything about climate change.”

Salma was born and raised in the northern region of the Togolese Republic, a small nation along the Atlantic Ocean. From May to September, the region experiences its annual wet season. Historically, those five months of rain sustained Togolese agriculture for the entire year, but things have changed.

Salma says rising sea levels have led to regular flooding, increased soil salinity, and the desertification of once viable farmlands. The Global Facility for Disaster Reduction and Recovery recently classified the country as one of the most water-scarce in the world.

Fifteen years after his first introduction to climate change, Salma uses the fear he felt as a child to guide his advocacy for the estimated 21.5 million people per year permanently or temporarily displaced due to extreme weather events.

“I’ve seen the impact [of climate change] on mine and other communities and always remember that day and the fear of not knowing where to run,” he said. “I’ve been inspired to dig in more and see what policies are out there that could be helpful to those impacted by climate change and environmental disasters.”

A few years ago, Salma was lucky enough to move to the U.S. using a limited green card lottery system known as the Diversity Immigrant Visa, which is designed to enable a small number of people from countries with low rates of immigration to the U.S. to relocate even if they don’t have a job or family sponsorship. But as climate change exacerbates extreme weather events like those Salma experienced in his home country, he doesn’t want others in his position to have to rely on luck alone.

That’s why the Center for Strategic and International Studies, or CSIS, where Salma now works as a researcher, has proposed a new way to help those displaced by climate-related disasters safely and legally immigrate. A recent policy brief by CSIS urges President Joe Biden to expand the migrant category known as Temporary Protected Status, or TPS, so that those facing climate change-related catastrophes can apply for protected status before making the unknown, often treacherous journey to the U.S.

TPS has historically offered temporary residence to individuals from a designated list of countries that have been struck by natural disasters or political unrest causing displacement and preventing people from returning to their homes. Since it was created by the Immigration Act of 1990, TPS has been extended to immigrants from more than 20 countries. However, migrants can only apply for TPS protections once they’ve already crossed the U.S. border. TPS also does not give its beneficiaries a pathway to permanent residence, causing many migrants once-protected by TPS to be deported after their home countries are removed from protection. Immigration advocates want Biden to change this — and to expand the meager list of TPS countries to those rocked by deadly extreme weather.

CSIS believes that by creating a “Climate Temporary Protected Status” program specifically for people temporarily displaced by climate-related disasters and having it run by climate science and migration experts, instead of the Department of Homeland Security, the U.S. government could more frequently classify climate disasters, ultimately protecting more countries under TPS. A new program would also offer those displaced by climate disasters more decision-making power over their futures: They could return home or pursue a path to U.S. citizenship.

“It’s likely that a Biden administration could put in place a climate-centered TPS program under existing statutory authority, without Congress. So If you were displaced by a climate-enhanced event, you could qualify for climate temporary protective status and could be given that protective status before ever trying to enter the U.S., which is often very dangerous,” said Trevor Houser, a partner with the Rhodium Group, a policy research firm, who worked with CSIS on the brief.

The proposal’s goal is to combine the current administration’s desire to relax the Trump administration’s harsh immigration policies with its efforts to tackle climate change head-on. On his first day as president, Biden introduced a large immigration proposal that included the authorization of processing centers in Central America to register and process people for refugee resettlement, as well as the reinstatement of some protections for migrants, including TPS designations for some displaced by extreme weather disasters, which the Trump administration began phasing out last year. Under Biden’s current proposal, TPS would remain in place for an estimated 330,000 immigrants from 10 countries, including those displaced by a 2011 earthquake in Haiti and a 1998 hurricane in Honduras and Nicaragua. 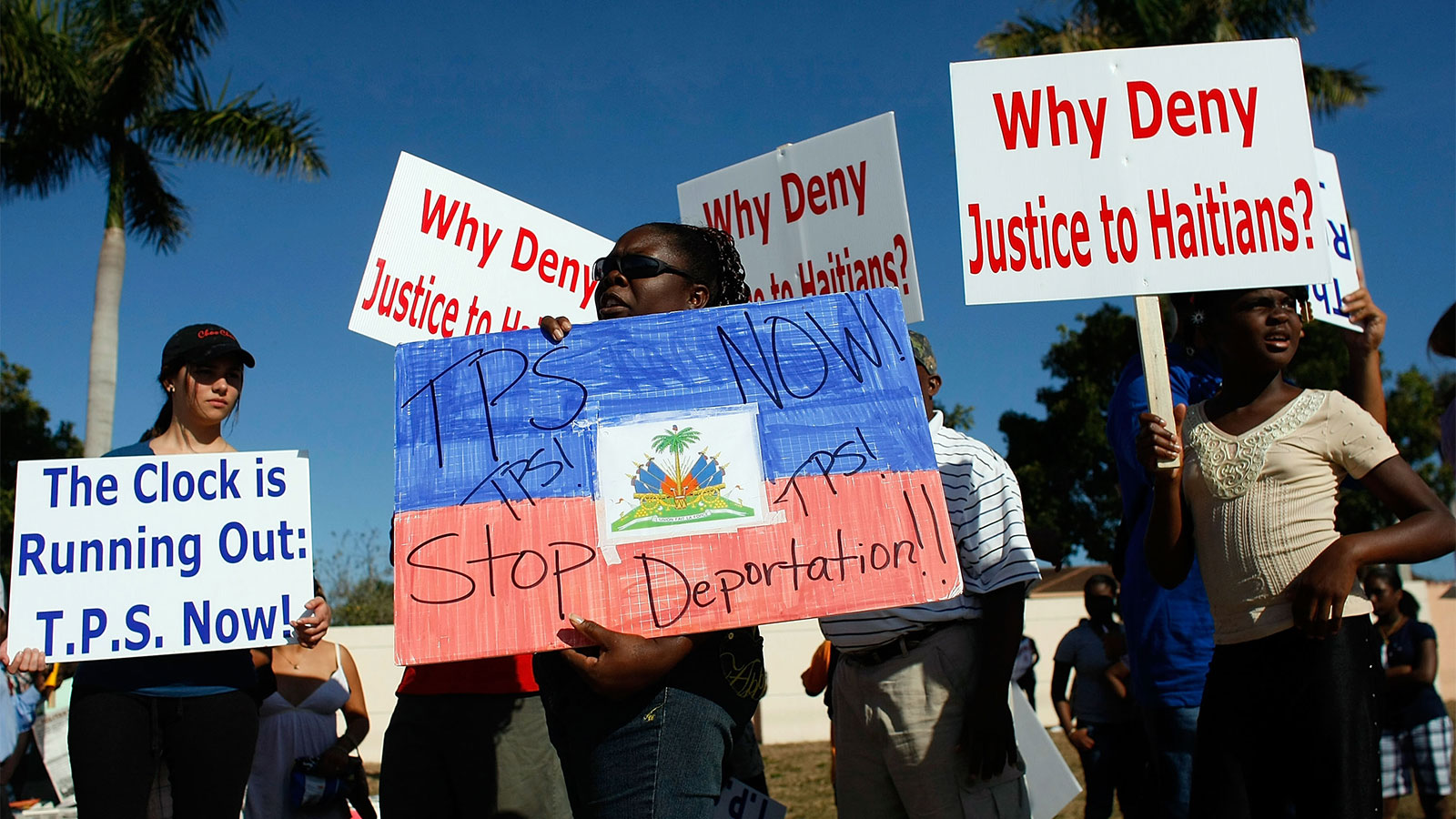 The Biden-Harris administration also introduced a slew of executive actions meant, in part, to address the “underlying causes of migration” from Central America. Last week, the White House issued another executive order mandating that the president receive a federal report regarding “options for protection and resettlement of individuals displaced directly or indirectly from climate change.”* As it stands, however, none of Biden’s current policy proposals do much for migrants until they make it to the U.S. border, and none help people who will be displaced by extreme weather events in the future. Policy advocates say that more needs to be done, and quickly, because climate change is expected to displace as many as 143 million people by 2050. Roughly a quarter of those are expected to migrate internationally as a result of their displacement.

“The Biden Administration is already taking steps that will have a demonstrable impact on emissions. However, the effects of these policies will do little to address current climate change-related challenges in the short-term, which are displacing more and more people every year,” said Erol Yayboke, a deputy director at CSIS.

Grist reached out to U.S. Citizenship and Immigration Services for comment, but the agency deferred to the White House. The White House did not respond to a request for comment.

“The U.S. will need to learn how to walk and chew gum at the same time: to address climate change and responding to its effects at home and abroad while building resilience everywhere to climate-related shocks that we know will become more frequent,” continued Yayboke.

Though it is unclear how climate change is influencing the record number of hurricanes and other extreme weather events in recent years, experts believe that global warming will make the effects of these events increasingly severe in regions like Central America. In November, Hurricanes Eta and Iota devastated the region, displacing hundreds of thousands of people. 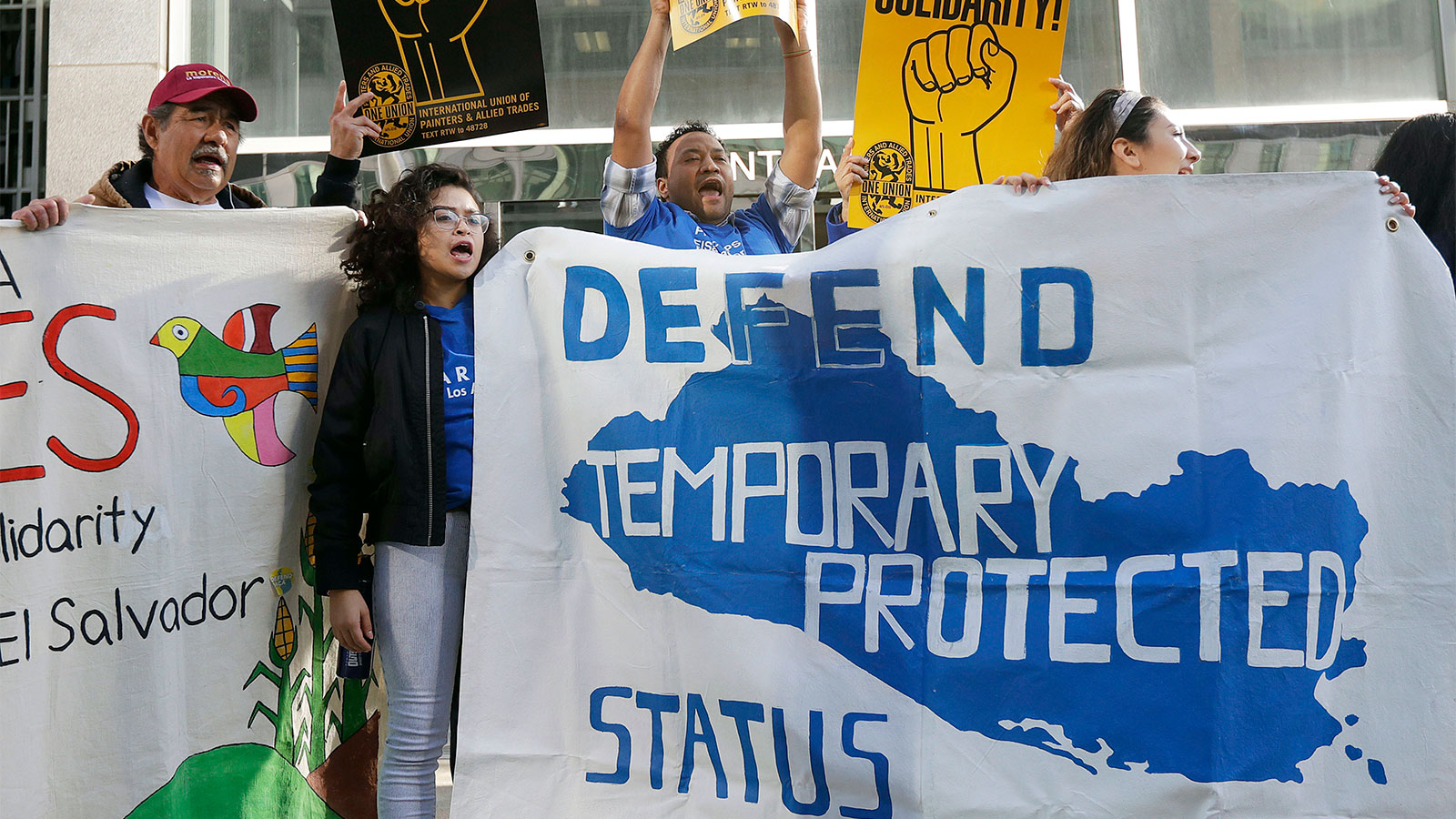 In the last three weeks, thousands of Honduran migrants fleeing hurricane destruction, unemployment, and violence have crossed into Guatemala toward America, but there is no policy in place that would guarantee them protection in the U.S. before they complete the 2,000-mile journey. The Biden-Harris administration also has not indicated that it will instruct other countries to ease their crackdowns on U.S.-bound migrants, which intensified under the Trump administration.

In the same stroke of the pen that proposed reinstitution of the current iteration of TPS, Biden could ensure that these migrants have the ability to apply for protection through U.S. embassies or American immigration processing centers in their home countries before ever making the perilous journey north.

Salma hopes the Biden-Harris Administration builds on its climate-friendly environmental policies by addressing the broader social effects of global warming.

“There is a momentum in the new administration to diplomatically focus on climate change, which will require [America] to strengthen its leadership frameworks on refugees and migration,” said Salma. “A new TPS program will be the best way to negotiate a relationship across borders to address growing displacement.”

Republicans want to plant 1 trillion trees — and then log them