The toxic refuse of coal- and gas-fired power plants targets black communities with alarming precision. It can be difficult to discern each link in the causal chain connecting a child’s asthma to the smokestack on the horizon, but the problem is real. Lacking a systemic solution, advocates are left to fight environmental injustice one arduous battle at a time.

A coalition of environmental groups in Brandywine, Maryland, have filed a federal civil rights complaint against the state for permitting a new gas-fired power plant in a largely African-American community that is already subjected to high levels of pollution. In response, there will be a federal investigation. 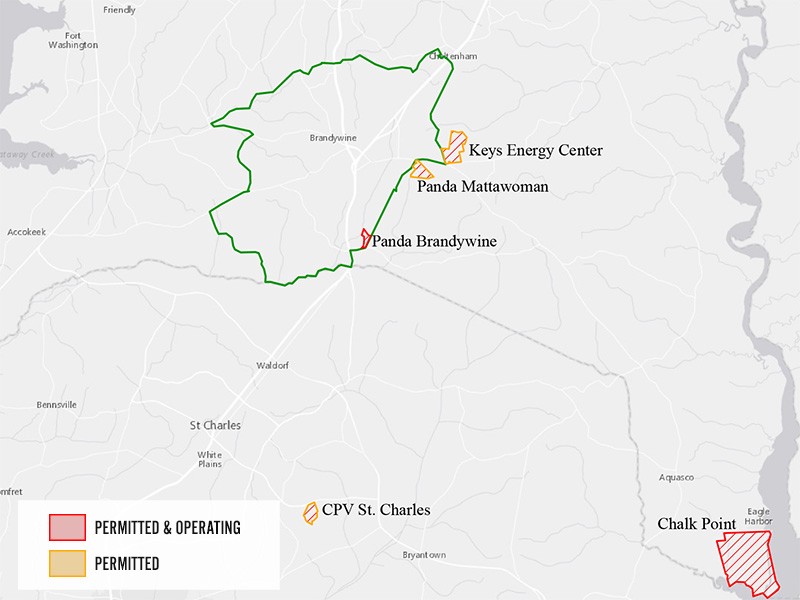 The Panda Mattawoman plant  —  the subject of the investigation  —  was permitted to be built within view of a second planned power plant. Both will operate just down the road from a third power plant that is currently up and running, and within 15 miles of a fourth and fifth power plant  — one under construction, one already online.

If each permitted project lives to see its ribbon-cutting, that would put five power plants within a stone’s throw of Brandywine, a community where seven in 10 residents are African-American.

“This isn’t just an environmental issue. This is a health issue. This all goes to quality of life,” said Gray. “We’ve become this sacrifice zone.”

States elected officials have waffled on policies to curb pollution from power plants, despite a regional push to rein in emissions from burning fossil fuels. It’s people of color who endure the brunt of the impact. Coal- and gas-fired power plants disproportionately populate communities long on cheap land and short on political power. This is true in Brandywine and around the country. 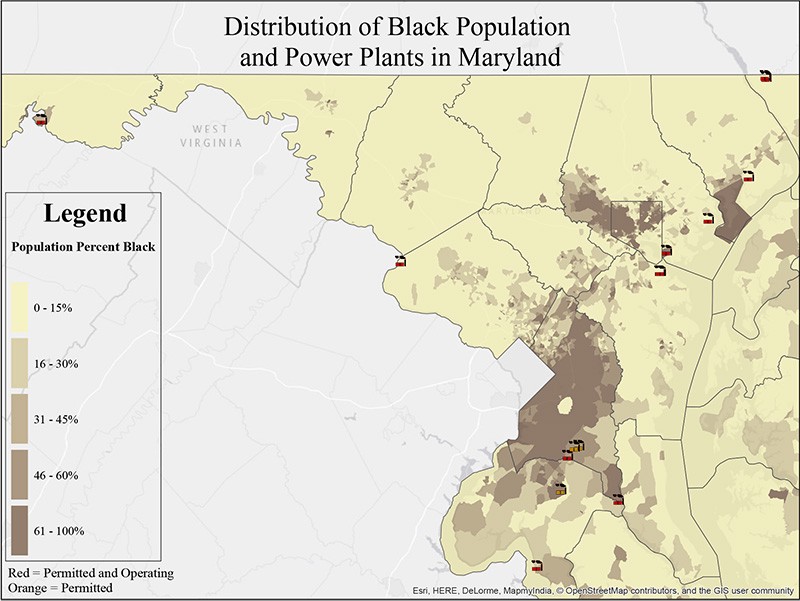 Nationwide, Americans of color inhale almost 40 percent more nitrogen dioxide than their white counterparts, according to study published in the journal PLOS ONE. Nitrogen dioxide causes bronchitis, emphysema, and heart disease and plays a role in the formation of ozone, another pollutant linked to respiratory illnesses. The study’s authors say that cutting pollution in communities of color to the same levels seen in white neighborhoods would prevent 7,000 deaths a year from heart disease alone.

The problem varies from region to region, but in Brandywine, it’s especially bad. On top of pollution from power plants, Brandywine sees air pollution from diesel trucks wending to and from mining sites, groundwater pollution from a military toxic waste dump (now a pet project of the EPA), and particulate matter from a fly ash depository, which receives the grimy leftovers of distant coal-fired power plants.

According to the American Lung Association’s 2016 State of the Air Report, Prince George’s County, seat of Brandywine, has the worst ozone pollution of any county in the state  —  levels high enough to violate air quality standards. 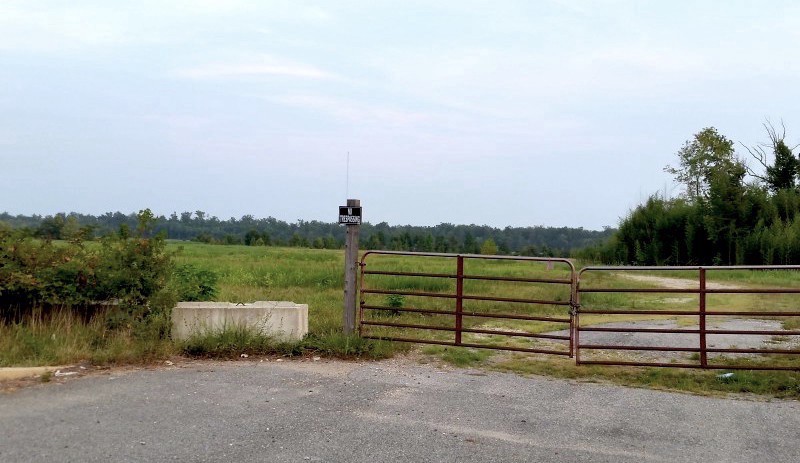 The Panda Mattawoman power plant will measurably worsen air quality in Brandywine. The plant is authorized to emit up to 220 tons of nitrogen oxides per year. State regulations describe emissions upwards of 25 tons annually as “significant.”

Environmental groups say the plant will disproportionately impact African-Americans, in violation of the Civil Rights Act, and that state authorities did not assess the impact of the project.

“We have this problem, but they don’t have a plan to do anything about it. Our legislators are absent from the table,” said Gray. “We’re being dumped on, and it’s not even a consideration.”

If the federal investigation finds wrongdoing, the state could lose millions in federal assistance. The Maryland Public Service Commission declined to comment on the matter.

For months, state leaders have been sending mixed signals on climate and clean energy. In April, Maryland Gov. Larry Hogan signed a bill calling for a 40 percent reduction in the state’s greenhouse gas emissions by 2030. Then, in May, Hogan vetoed a bill that would have increased the proportion of energy Maryland gleans from renewable sources.

In an effort to reach the state’s climate goal, advocates are pushing for legislators to adopt a more ambitious carbon-cutting target under the Regional Greenhouse Gas Initiative, a regional carbon trading program comprised of nine Northeastern states, including Maryland. Under the program, power plants bid on a limited number of carbon pollution permits. The number of permits is reduced every year, curtailing incentive to build new gas-fired power plants like the Panda Mattawoman plant. 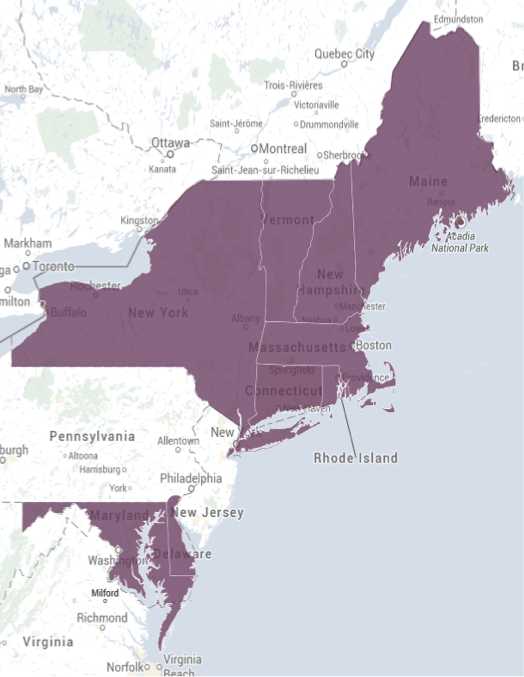 Green groups are calling for a large reduction in the number of permits issued, enough to bring Maryland’s clean energy target in line with neighboring states. The Sierra Club is urging Northeast states to cut carbon pollution by 5 percent each year from 2020 to 2030.

“The states involved in the Regional Greenhouse Gas Initiative should end loopholes that would allow Maryland, or any state, to avoid cleaning up pollution impacting communities like Brandywine,” said Mark Kresowik, Corporate Accountability Representative for the Sierra Club’s Beyond Coal campaign.

The effort in Brandywine is just a microcosm of the larger struggle for environmental justice. Advocates want policymakers to shift away from coal- and gas-fired power plants that disproportionately harm communities of color. Until policymakers embrace clean energy, local organizers must fight for the very air they breathe.

“I’m hoping through this process that we can bring about some change and some engagement and some empowerment within our community,” said Gray. “You do have a right to take a stand for your community.”