2020 is shaping up to be a pivotal year for those working with communities who experience both the causes and effects of climate change most acutely. From proposed federal legislation like the “Environmental Justice for All Act” circulating in Congress, to court decisions that could force the Environmental Protection Agency to more robustly investigate civil rights complaints, this year promises to foreground efforts to hold the government accountable for the unequal impacts of pollution, climate change, and extreme weather.

In local communities nationwide, residents, activists, and advocates are taking matters into their own hands. Some are investing in data collection tools to help citizens quantify pollution levels in their neighborhoods. Others are launching community revitalization projects that will train residents to work in renewable energy fields, such as wind and solar. Landfills and chemical plants that once plagued nearby residences will be transformed into renewable energy parks.

Grist reached out to environmental justice experts, advocates, and activists across the country to compile a list of key developments to follow this year, including new laws, policies, and regulations; key court decisions to track; and notable grassroots work in communities that are combating everything from air pollution to harmful chemicals.

In their efforts to continue fighting climate change in 2020, large environmental organizations are emphasizing “bigger, deeper coalitions” with diverse grassroots groups — coalitions united in seeking accountability from polluters. At 350.org, the influential nonprofit working to end fossil fuel dependency and transition to renewable energy across the globe, North America Director Tamara Toles O’Laughlin is focused on building a diverse climate movement that prioritizes the needs of communities facing the most acute environmental hazards. This means identifying resources for climate adaptation, disaster recovery, and rebuilding in vulnerable populations. These resources could take the form of climate reparations — compensatory policies that account for the role of past political decisions in environmental ills that plague communities today. (Such decisions include zoning policies that segregate low-income communities of color near waste incinerators or industrial plants, putting them at greater risk during extreme weather.) Reparations could be funded by holding those accountable for contamination and pollution, including corporations, financially responsible for the fallout.

In 2020, Toles O’Laughlin expects to see “bigger, deeper coalitions and a new deal for climate.” She feels that 2020 will be the first year in what may well come to be known as the “climate decade” — and that collaboration between mainstream environmental organizations and grassroots environmental justice groups can’t wait any longer. As the United Nations Environment Programme found in its Emissions Gap Report in November, “deeper and faster cuts” are needed over this next decade to limit global warming to levels that will allow the planet to remain habitable. 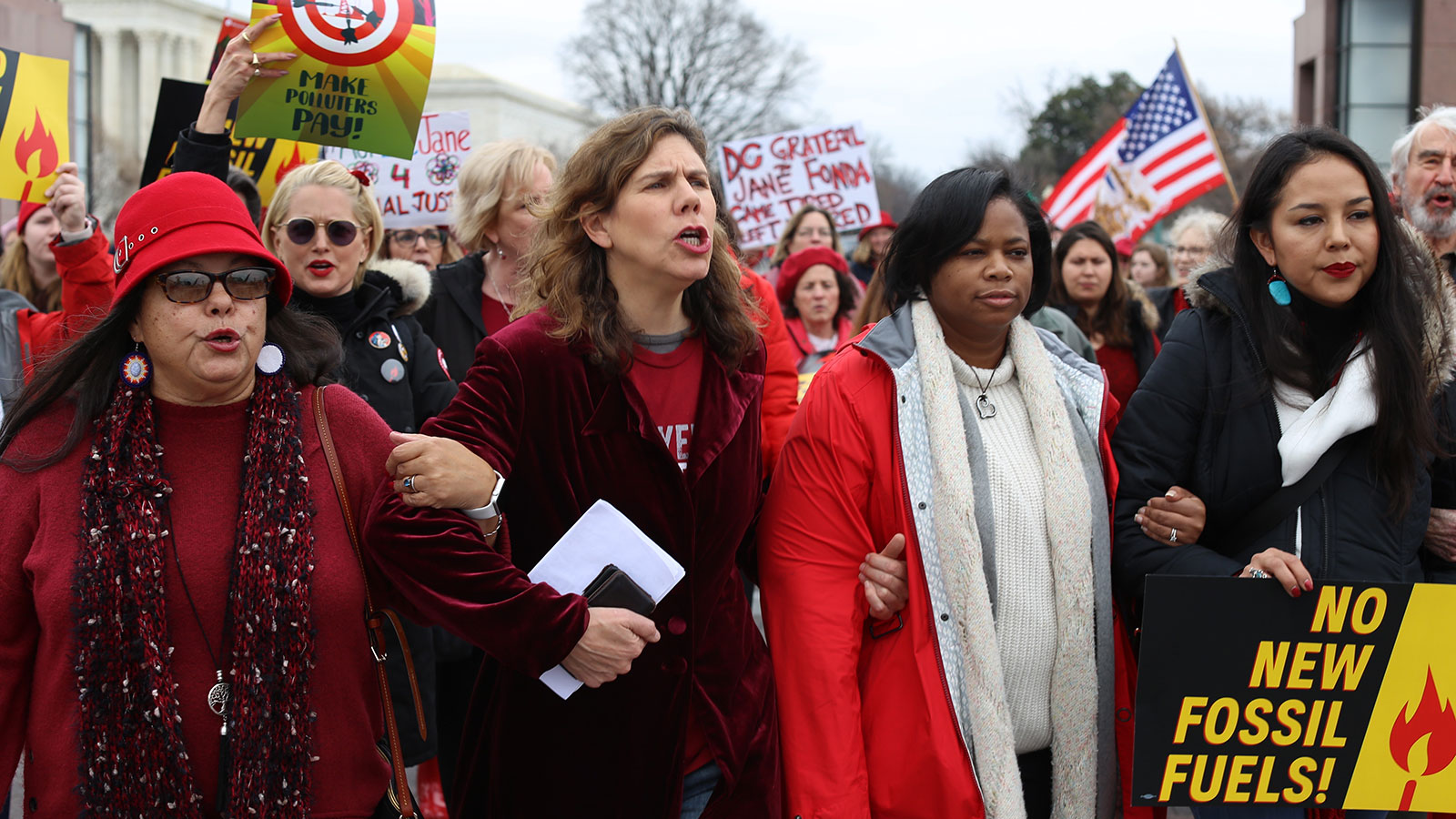 New federal environmental justice bills aim to strengthen legal protections, including civil rights, for communities facing environmental hazards and inequities. Legal and environmental advocates will be following several bills gathering steam in Congress. In November, Democratic U.S. Representatives Raúl M. Grijalva and A. Donald McEachin released a draft of the “Environmental Justice for All Act,” which they say will provide fairer policies and more open processes to communities that historically have been subjected to systemic injustices and greater environmental hazards. Vermont Law School Professor Marianne Engelman Lado expects to see the bill take shape this year.

Two other Democrats, New Jersey Senator Cory Booker — who Monday suspended his presidential campaign — and California Representative Raul Ruiz, introduced a different bill, the “Environmental Justice Act of 2019,” in their respective chambers last year. This bill would require federal agencies to implement and maintain specific strategies to address the environmental and health hazards impacting vulnerable communities. It would also strengthen legal protections for affected individuals, in part by ensuring that communities impacted by environmental harm can file statutory claims for damages, something that is prevented under current legal precedent.

Other federal legislation to watch in 2020 includes a workplace heat protection bill that’s making its way through the U.S. House of Representatives. As extreme temperatures and severe weather conditions exacerbated by climate change have taken a deadly toll on laborers, worker advocates across the country have pressed for protections for both indoor and outdoor workers. The “Asuncion Valdivia Heat Illness and Fatality Prevention Act,” introduced in Congress last year, would require the Occupational Safety and Health Administration to establish the first ever federal heat stress standard. The legislation would mandate that people working in high heat environments have paid rest breaks in cool environments and access to water and also limit how long a worker can labor in extreme heat areas. The nonprofit consumer group Public Citizen, one of the organizations spearheading the effort as part of a coalition of worker advocacy groups, said it’s possible the House may vote on the bill this summer. In the meantime, the coalition is seeking Republican support for the bill, which is sponsored exclusively by Democrats. “Heat is an issue that affects constituents of all political walks of life,” said Shana Devine, a worker health and safety advocate for Public Citizen’s Congress Watch division.

In 2020, courts could force the EPA to uphold its duty to thoroughly investigate civil rights complaints. Civil rights advocates are awaiting an important decision from Federal District Court Judge Saundra Brown Armstrong. She is expected to rule on a motion from the EPA to alter a 2019 court judgment that the agency failed to investigate civil rights complaints in a timely way. EPA regulations require the agency to respond to civil rights complaints within 20 days, and if the agency opens an investigation it must make a determination within 180 days. “For years EPA has failed to enforce civil rights,” wrote Vermont Law School’s Lado, one of the attorneys representing the plaintiffs, in an email. “Communities rely on the federal government to do its job, and in many situations have little other recourse if EPA doesn’t carry out its responsibilities.”

There are several efforts underway to place the power of environmental data in the hands of those most affected by pollution and climate change, as well as other initiatives to help residents transform their communities into healthier, cleaner, more resilient areas:

A collaborative effort in Texas will produce real-time air quality data. Residents in the Dallas/Fort Worth area will soon have access to real-time air quality data thanks to a regional air monitoring network that is scheduled to debut in early 2020. Downwinders at Risk, a community organizing group that focuses on North Texas clean air issues, is behind the project, which will be based in laboratories at the University of Texas at Dallas. The project will distribute more than 100 custom-built air quality monitors throughout the region. Nearly half of the monitors will be placed in vulnerable communities that disproportionately experience pollution and poverty. When the network launches, Downwinders at Risk says it will be the first of its kind in the state and one of the largest in the nation. The monitors will produce air quality readings every few seconds, and this data will be accessible via a mobile application. In addition to the University of Texas team of researchers, which built the network, the collaboration includes city and county government agencies, as well as Paul Quinn College, a historically black school in Dallas.

A pioneering data collection program in California will ramp up air pollution control efforts. In 2017, California legislators passed a law requiring the state’s Air Resources Board to create a uniform statewide system for annually reporting many forms of air pollution. Last July, local districts began monitoring air in communities that were selected by the board based on their high exposure to toxic air contaminants and other pollutants. By this fall, the districts are expected to provide their first annual reports for these communities. Air quality expert H. Christopher Frey, a professor of environmental engineering at North Carolina State University, said that the program will create a model that can be emulated in other states. The law also includes new requirements for retrofitting pollution controls on industrial sources, as well as greater access to air quality and emissions data. 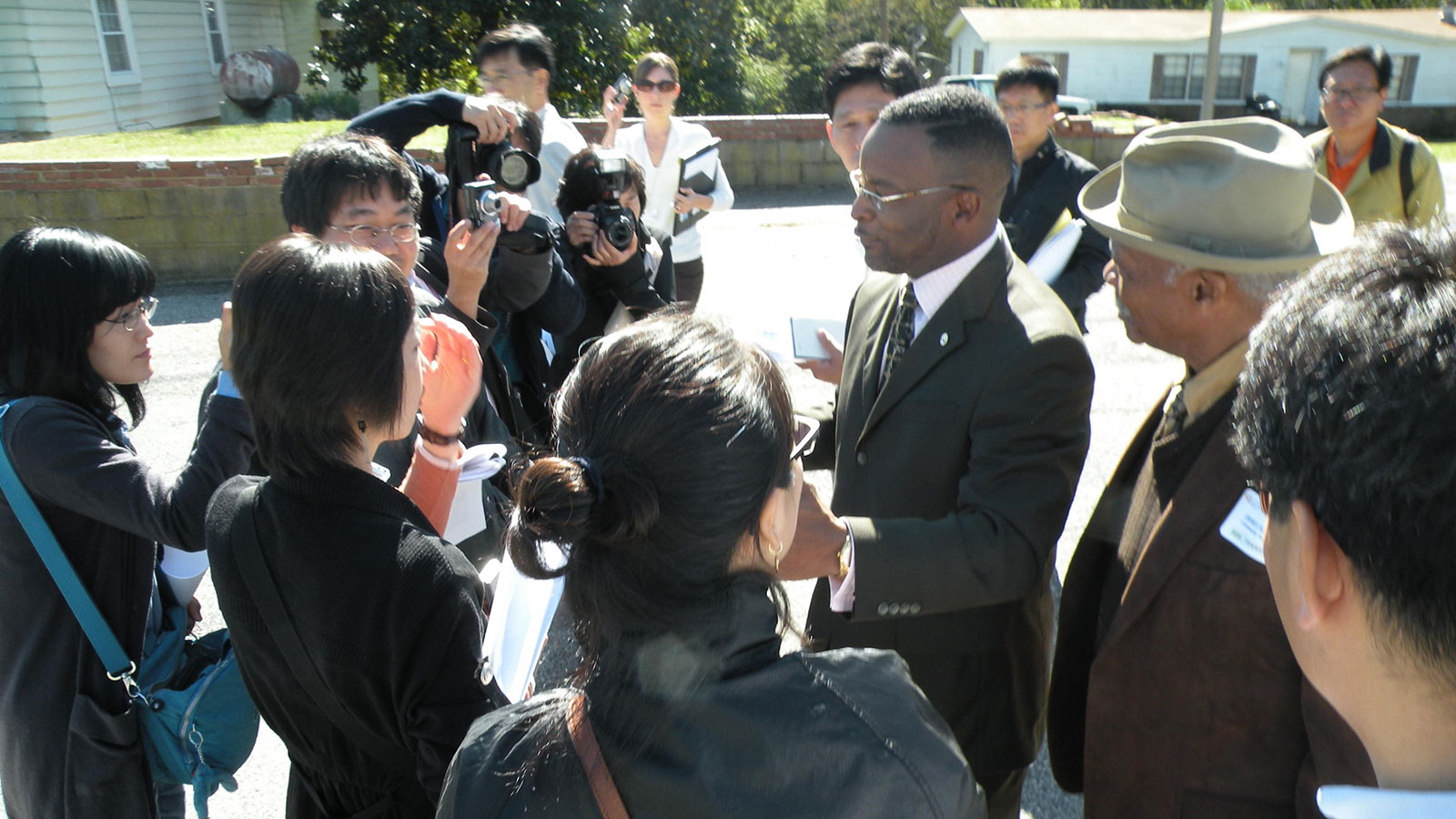 South Carolina residents are reimagining former industrial sites as green spaces for renewable energy production. In South Carolina, community revitalization projects currently underway in the city of Spartanburg could be replicated throughout the South and beyond, if Harold Mitchell Jr.’s vision comes to fruition. Mitchell Jr., a former state representative, is expanding the work he began when he founded the ReGenesis Project, a nonprofit that the EPA has, in the past, held up as a model for environmental justice programs. ReGenesis takes a multi-prong approach to remediating contaminated sites that incorporates housing, job training, healthcare, and infrastructure. In a neighborhood that has several former Superfund sites, such as a shuttered fertilizer plant, Mitchell Jr. eventually hopes to open a renewable energy park including a solar farm and an aquaponics facility to grow organic produce. He expects to start construction on the aquaponics farm by late summer. “My focus is finishing that and to be able to help other communities to build the exact same thing,” he said, noting that his goal is to create peer-to-peer training to help spread the idea of repurposing Superfund sites.

Alaska may join other states and cities in banning hazardous flame retardant chemicals. This year Alaska legislators will consider a bill that would ban an entire class of toxic flame retardant chemicals from children’s toys, household products, and furniture. “The Toxic-free Firefighters and Children Act” aims to outlaw organohalogen chemicals, which are especially harmful to children and can cause learning and developmental disabilities, as well as cancers and fertility problems. Alaska Community Action on Toxics, a statewide environmental health and justice organization, is behind the effort.The group worked to pass a similar ordinance in Anchorage last April, which Executive Director Pamela Miller said gives her greater hope that the statewide bill will pass this year. She added the measure enjoys bipartisan support and is likely to move forward after the legislature reconvenes later this month. The ban is part of a larger trend across the country: More than a dozen states and cities have already passed laws to end the use of fire-retardant chemicals.