This is part 2 of our first-hand look at reproductive health access for teen girls in our home state of Washington. Read our introduction to the series here.

Chief Sealth International is a Seattle public school in the diverse neighborhood of Delridge, on the southwest end of the city. It’s a modern building, airy and light-filled, and the surprisingly buoyant mood set by gleefully yelling teenagers almost makes you forget how awful high school actually is. Unassumingly perched over the atrium is the school-based health center, where the students can get treatment for sore throats (both feigned and not), bandages for sprained ankles, and IUDs.

At the end of 2009, the American College of Obstetricians and Gynecologists formally recommended long-acting reversible contraceptives (LARCs) — IUDs and hormonal implants — as the most effective ways for teen girls to avoid unintended pregnancy, and Seattle’s public health department quickly decided that they should be available in school-based clinics. (These clinics, which have also provided other forms of birth control to students since the mid 1990s, are funded by a city-wide Families and Education Levy, which voters have supported since 1991.)

Neighborcare Health, which runs nonprofit medical and dental clinics in Seattle for low-income and uninsured families and individuals, was the first organization to step up to the plate and provide LARC placement services in certain Seattle public high schools and middle schools, where it sponsors the school-based health centers — and within just a few months of the ACOG recommendation, the first Seattle public school student got a Nexplanon hormonal implant through the program.

LARCs, because they’re meant to last for so long, are the most expensive forms of birth control available. But free, in-school LARC placement is made possible in part by Take Charge, a Washington State Medicaid program that’s specifically targeted toward minors seeking contraceptive services. Because of Take Charge, girls under 19 who don’t want to use their parents’ private insurance to get birth control have a way to get contraception in school at no cost. 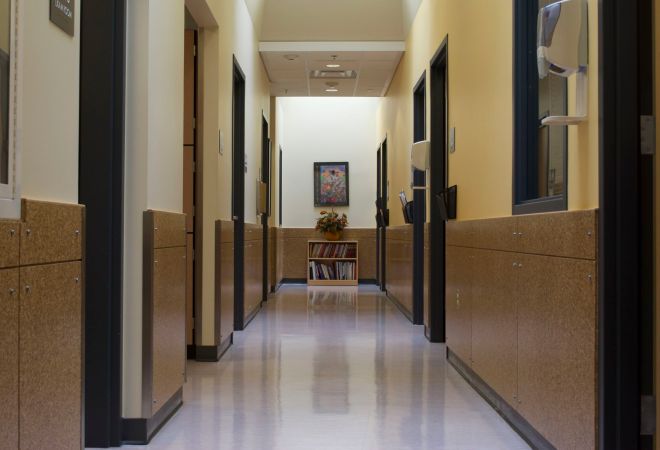 Now, it’s as easy for a Chief Sealth student to get an IUD as it is to get a Coke – actually, easier, because pop is banned in Seattle schools.

I met with Katie Acker, health educator with Neighborcare, in the Chief Sealth clinic, which is fully outfitted with counselors’ offices, exam rooms, and even a kitchen. Katie is so bubbly, enthusiastic, and kind that talking with her made my teenage self a little jealous. Why didn’t I have such a great resource to talk to about birth control when I was growing up?

Acker describes the clinic as a very supportive, confidential environment where students can come in on their own terms and get counseling for birth control methods based on efficacy and what makes sense for their own bodies.

“Because we’re at the school, which is so wonderful, we have access to the students, and they have access to us, pretty much any time,” she says. “We will send them a pass for whatever class is easiest or best to get out of. Of course, there are always students who are like, ‘I wanna miss IB Math!’ We are not gonna pull you out of IB Math — how about ceramics instead?” 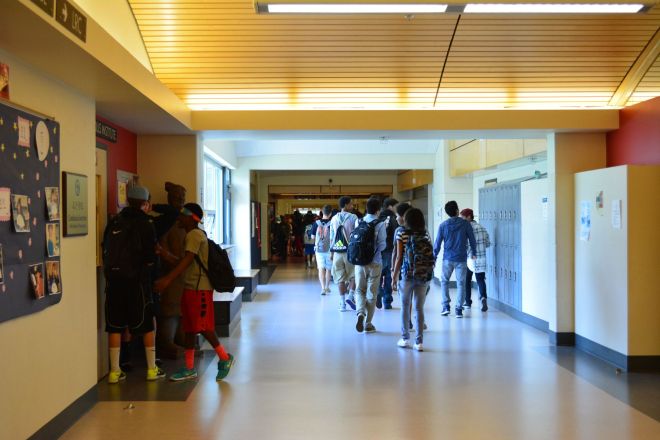 If a student decides that an IUD or Nexplanon hormonal implant is best for her, she can make an appointment and come in – often with a friend for support. Katie describes a scene in which almost the entire school gymnastics team crowded into an exam room while their teammate got her IUD placed.

Since LARCs were made available to students in 2010, Acker tells me that Neighborcare has placed 500 of them in six schools in Seattle. There were approximately 10 placed the first year; by the 2013-2014 school year, that number had jumped to 170.

But one of the greatest benefits of the clinic, it seems, is the degree to which it’s opened up the conversation around birth control in the school. Girls will openly trade stories about what kind of contraception they’re using.

“It’s absolutely amazing and crazy,” Acker gushes. “The birth control culture, for lack of a better term, and the conversations have just changed so much. Even for me, starting in September of 2013 to now, seeing the change — conversations are just happening so openly and so excitedly. There’s so much pride around, ‘I’ve got this method, I’ve got this method.’ It’s not a hush-hush thing anymore … So many students will come in and say, ‘Oh, my friend got the IUD, can I make an appointment?’” 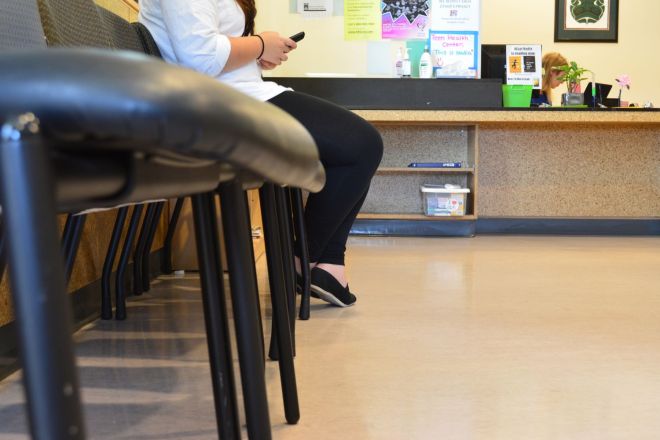 A student waits for an appointment in Chief Sealth’s clinic.Eve Andrews / Grist

I sat down with three students who have made use of the reproductive health care at the school clinic. Erica*, a junior, first got a Nexplanon implant when she was a seventh-grade student at the adjacent Denny Middle School, which also has full access to the clinic at Chief Sealth.

“I have a sleeping disorder,” she told me in a very casual tone, “so, just in case I fell asleep somewhere and I was taken advantage of, I would have birth control.”

Karen also has the IUD: “You don’t have to worry about it, and I easily forget a lot of things. So I was like, rather just get one and leave it in.”

Karen adds: “I don’t think I really would have necessarily thought about it, until I’d come here and hear people talking about it … It probably wouldn’t even have crossed my mind that that was an option.” 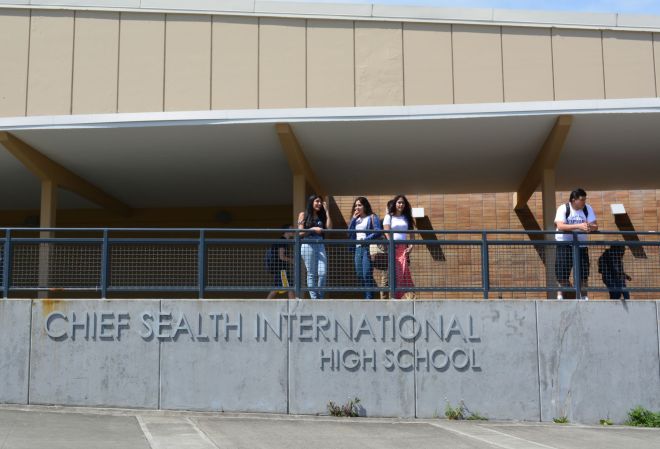 Students (not interviewed for this story) spending their lunch period outside.Eve Andrews / Grist

I asked them if their lives have changed at all since going on birth control.

“Now that I [have birth control], now that I’ve been told about all the different options, I feel like I have a little more knowledge about it,” adds Karen. “So now if someone were to talk to me, I’d be a lot more comfortable because I do know about it, I have information about it.”

These girls, all shy when they first come in the room, became confident and energetic when they start to talk about their birth control — something I certainly never saw when I was that age, only 10 years ago. There’s no mean-girling or shade-throwing to be seen, and not even the suggestion of slut-shaming. I left Chief Sealth that day feeling really, truly delighted about that change.

Next: We travel over the North Cascades to see how a small, progressive clinic is changing teen reproductive health in the tiny town of Twisp, Wash.

Surprise — teens are having sex. How can we make it safer?