America could have been a nation of hippopotamus eaters 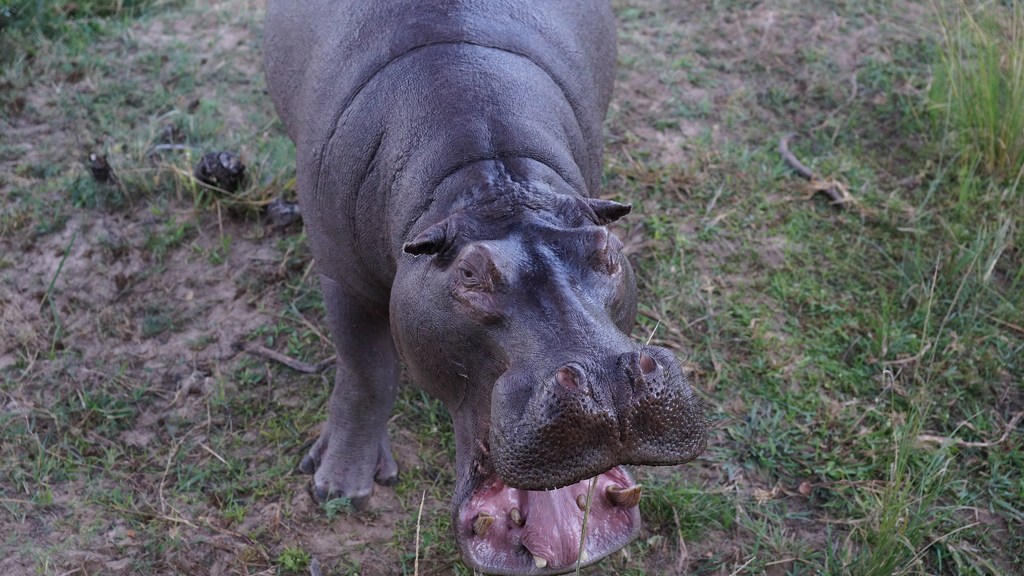 America could have been a nation of hippopotamus eaters

The journalist Jon Mooallem has an exceptional talent for writing about strange animal stories, and his new story (on This American Life and in a e-book for the Atavist) is really surprising: Turns out that early in the last century, two guys thought it would be a great idea for Americans to farm hippopotamus meat.

Mooallem writes in his Atavist story:

The idea was to import hippopotamuses from Africa, set them in the swamplands along the Gulf Coast, and raise them for food. The idea was to turn America into a nation of hippo ranchers. …

One Agricultural Department official estimated that an armada of free-range hippos, set moping through the bayous of Florida, Mississippi, and Louisiana, would easily yield a million tons of meat a year. …

Apparently, the animals tasted pretty good, too, especially the fatty brisket part, which could be cured into a delicacy that a supportive New York Times editorial was calling, euphemistically, “lake cow bacon.”

One booster apparently tried to influence reporters by feeding them hippo jerky.

Part of the problem was that, unlike now, Americans weren’t eating enough meat, and they needed a new source, one that wouldn’t take up prime farming land. One of key players here, Frederick Russell Burnham, “did a real good job of making this sound normal,” Mooallem says on This American Life. Burnham’s point, basically, was that none of the animals Americans were eating were native to the U.S. — not cows or sheep or chickens. So why not bring in another tasty import, one that lives in swamps and produces plenty of meat?

Plus, the hippopotami could potentially deal with a different imported species: water hyacinths, which were clogging waterways in the Southeastern United States.

None of this caught on. But it sounds kind of good to us, if you can ignore the fact that hippos are cute and concentrate on the fact that they are stone-cold killers. Maybe this will drum up interest again, and we’ll all be eating hippo jerky by Christmas.