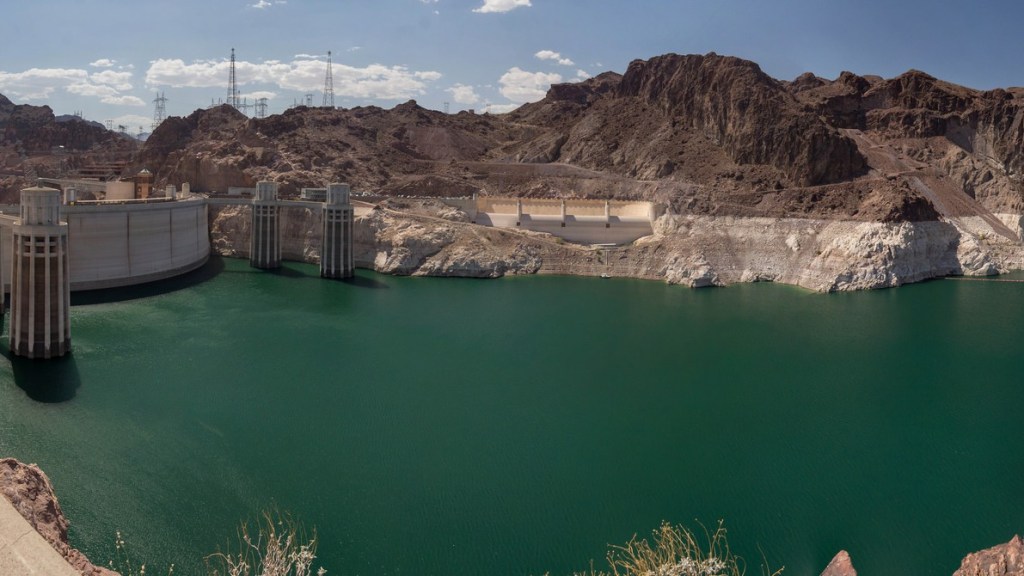 The drought that’s afflicting much of the American West has hoovered out a record-breaking amount of water from the reservoir that’s held in place by the Hoover Dam.

Water levels in Lake Mead, the nation’s largest reservoir, have fallen to a point not seen since the reservoir was created during the 1930s to store water from the Colorado River. The Las Vegas Review-Journal reports that the surface of the reservoir dipped below 1,082 feet above sea level last week:

The past 15 years have been especially hard on the nation’s largest man-made reservoir. Lake Mead has seen its surface drop by more than 130 feet amid stubborn drought in the mountains that feed the Colorado River. The unusually dry conditions have exacerbated a fundamental math problem for the river, which now sustains 30 million people and several billion dollars worth of farm production across the West but has been over-appropriated since before Hoover Dam was built.

Andy Ameigeiras and two of his friends spent Wednesday night and Thursday morning hooking carp, catfish and stripers from the rocky shore of Echo Bay. He said the water had “easily” dropped three to five feet since the last time they fished there, just four weeks ago.

“I walked out there and I wasn’t sure I was in the right spot,” the Las Vegas man said. “It’s definitely startling to see how far it’s dropping.”

Experts expect the water level to continue to fall during the coming weeks. Because the ways we’re using water in the American West during a widespread drought are simply unsustainable.