Guess who’s cashing in on fracking? The Amish 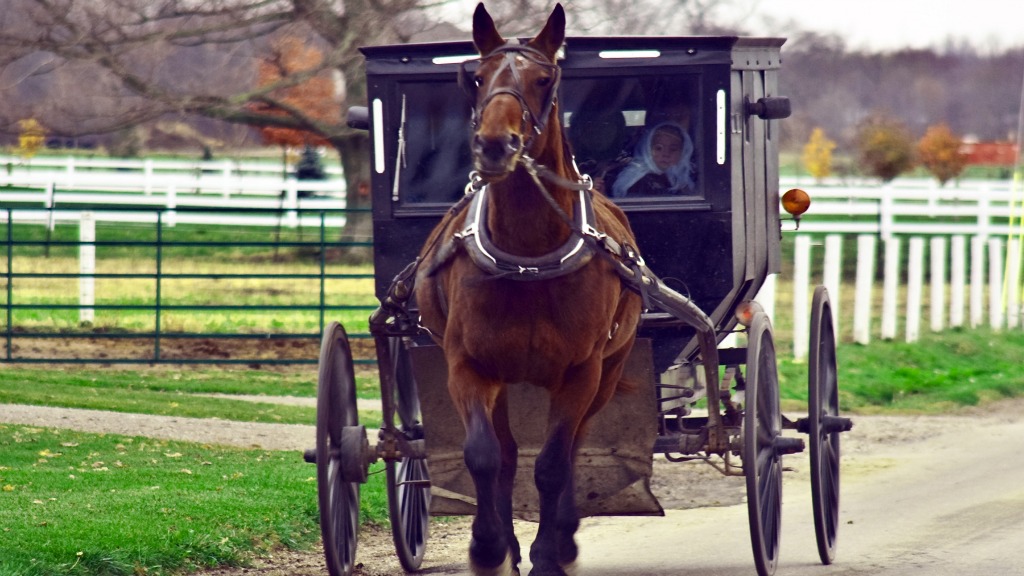 Guess who’s cashing in on fracking? The Amish

But while greed and materialism aren’t part of an Amish paradise, nearly 40 Amish families in eastern Ohio are taking piles of cash from oil and gas companies. Chesapeake Energy and others are paying them hundreds of thousands of dollars, tax free, in order to drill on their property. (The families are moving to Pennsylvania or New York, as buying different property is required as part of the tax loophole.)

Those evil Amish! How dare they accept MONEY for their LAND, right? Not so fast, judgypants. Drilling is disrupting their low-key existence and even killing some of the li’l Amlettes, so no wonder they wanna get out:

[Many Amish in eastern Ohio] say the rapid development is encroaching on their pastoral way of life. Already this year, several oil trucks have been involved in fatal collisions with Amish horse-drawn buggies in the region’s narrow and winding roads.

So, many Amish are cashing out to escape the noise as their bucolic landscape of lush green hills becomes dotted with oil storage tanks and rumbles with the buzz of oil rigs.

“If all this traffic and development is crazy here today, what’s it going to be like in three or four years?” Eli Byler, a member of an Amish community in Ohio’s Guernsey County, said at his farmhouse, his 4-year-old grandson bobbing on his knee.

Then again, can Amish people really enable the destruction of God’s creation with a clear conscience? Maybe they should take a tip from the Sisters of Loretto in Kentucky, the singing, anti-fracking nuns who won’t let a natural gas pipeline be built underneath their farm.