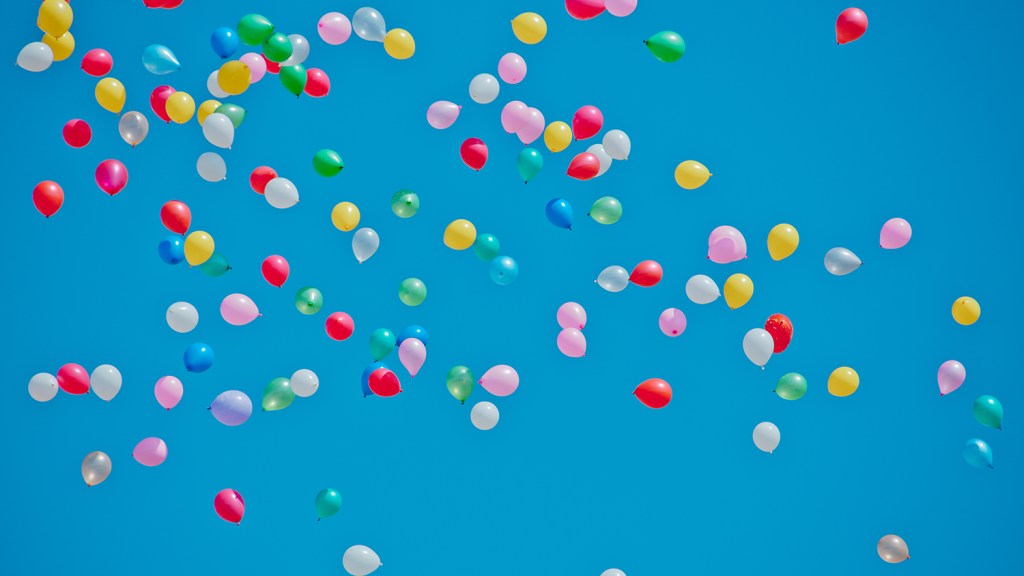 Q. I work at Clemson University, which has a tradition of releasing latex balloons at football games and other events. The university has taken the position that the release does not harm the environment. The counterarguments are numerous. The data that is available seems to be old and often anecdotal. Can you please provide Grist readers with an updated analysis of this issue?

I really do understand the power of tradition, particularly at sporting events. Marching bands playing the school fight song, mascots engaging in midfield hijinks, face paint, fireworks — it all does stir the soul, and hey, it’s fun. But that doesn’t mean some traditions don’t belong in the dustbin of history. And at the risk of provoking an angry mob of pitchfork-wielding Tigers, I’m afraid mass balloon releases belong in that category.

Let’s take the balloon’s-eye view to start: Those little helium-filled orbs look so pretty floating into the sky, but they can’t stay aloft long. Eventually, each balloon pops and plummets to earth, where it becomes, well, trash. It’s really as if we’re taking thousands of pieces of brightly colored latex and throwing them on the ground — and into the ocean — every game day. When you think about it that way, what does your gut tell you about the practice?

Balloon boosters will tell you that latex balloons are biodegradable, and this is true. They come from rubber tree sap (or a synthetic version of rubber tree sap) mixed with some vague chemicals and pigments, and eventually they will break down. But this doesn’t happen quickly, especially if the balloon ends up in the water (as many of them do). Even the UK’s National Association of Balloon Artists and Suppliers gives us a rosy decomposition-time estimate of 6 months, which is plenty of time for the stretchy scraps to wreak havoc on the environment. And let’s not forget about the leftover ribbons and little plastic filler attachments that are sometimes attached to balloons — and that won’t break down.

These high-flying litterbugs (perhaps I lack school spirit when it comes to this issue), once sent heavenward, can travel great distances before reaching their final resting places. One science fair balloon reportedly made it 1,300 miles from its release site. This is worrisome because balloons do their worst damage in our waterways and on our beaches — and the Atlantic Ocean is a mere 240 miles from Memorial Stadium, David.

The pro-balloon lobby would step in at this point and argue that latex debris doesn’t pose a risk because helium balloons shatter into tiny pieces when they hit the upper atmosphere — too tiny to cause any trouble. Even if this were true, I’m not sure adding still more minuscule throwaway crap to the ecosystem is something to be proud of. But it’s not quite true. A Clemson student’s dissertation on this very topic discovered that 81 percent of recovered balloons were still in big pieces when found. And busted balloons make up a significant part of the trash polluting our beaches: Recently, the Ocean Conservancy picked up 93,913 of them in a year’s worth of cleanup operations.

So balloons are getting into the water, and in large pieces to boot. And once there, they’re killing wildlife. According to the EPA, fish, dolphins, whales, seabirds, and sea turtles have all been found with latex balloons junking up their stomachs. It seems these unsuspecting creatures mistake balloons — as well as all kinds of other human-made rubbish — for a tasty snack. But when they chow down, balloons can block their digestive tracts. One study of two stranded sperm whales in California found that huge amounts of ocean debris in their stomachs were to blame for their deaths. And another study found that more than half of one type of sea turtle surveyed had trash in their guts — particularly, balloons. The problem is serious enough that several states and cities have outlawed mass balloon releases (the Palmetto State, clearly, not one of them).

If this comes down to a Tigers-versus-sea turtles contest, I’m rooting for the turtles. But that doesn’t mean you can’t have fun at football games, David. How about pumping up the crowd with a laser show, music performance, or prize giveaway? What about bubbles, banners, or those inflatable dancing guys? Or borrow traditions from Mississippi State (cowbells), Kansas State (unusual chants), or Wisconsin (postgame parties). There are plenty of ways to celebrate the home team that don’t involve choking marine life, after all, so let’s embrace them. I’m cheering you on.