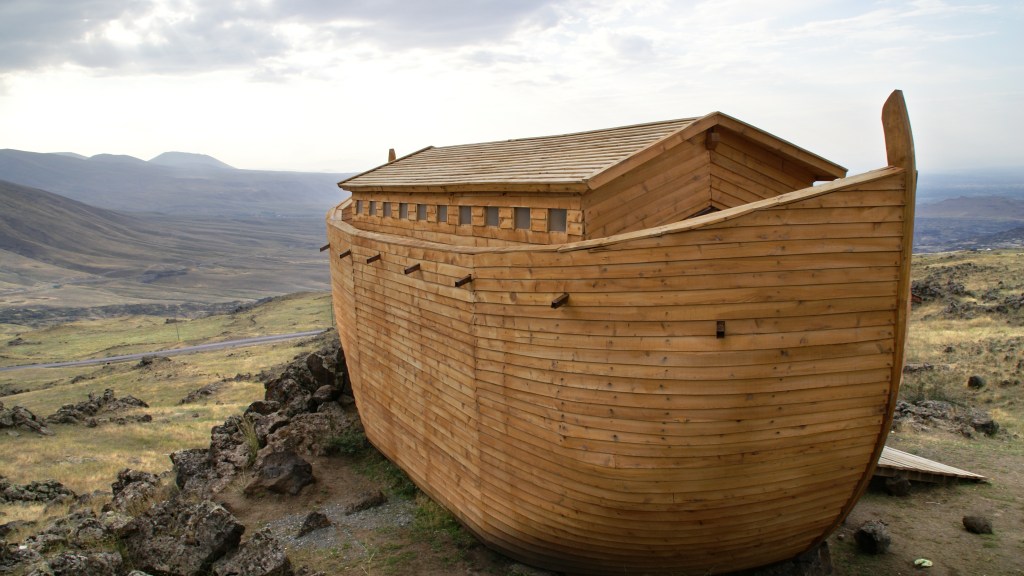 Bill Nye may not believe in Noah’s ark, but that didn’t stop him from visiting it.

Nye was one of the first visitors to Ark Encounter, a creationist theme park that opened in Williamstown, Kentucky last week. The park’s capstone feature is a 510-foot replica of Noah’s Ark — apparently there to prove that two of every living thing on Earth could totally have fit on a boat. Totally.

Funding for the new ark came, in part, thanks to Nye himself: In 2014, funding for the $100 million project was quickly running out, but after Nye debated the park’s creator — fundamentalist Christian Ken Ham — on evolution, donations came pouring in. The park was saved.

Alas, the Science Guy was not dissuaded by his visit. “This could be just a charming piece of Americana” Nye told the Washington Post, but this “guy promotes so very strongly that climate change is not a serious problem, that humans are not causing it, that some deity will see to it that everything is ok.”

Ham, for his part, doesn’t seem too concerned about climate change, but he did urge his Facebook fans to “pray for Bill Nye.”