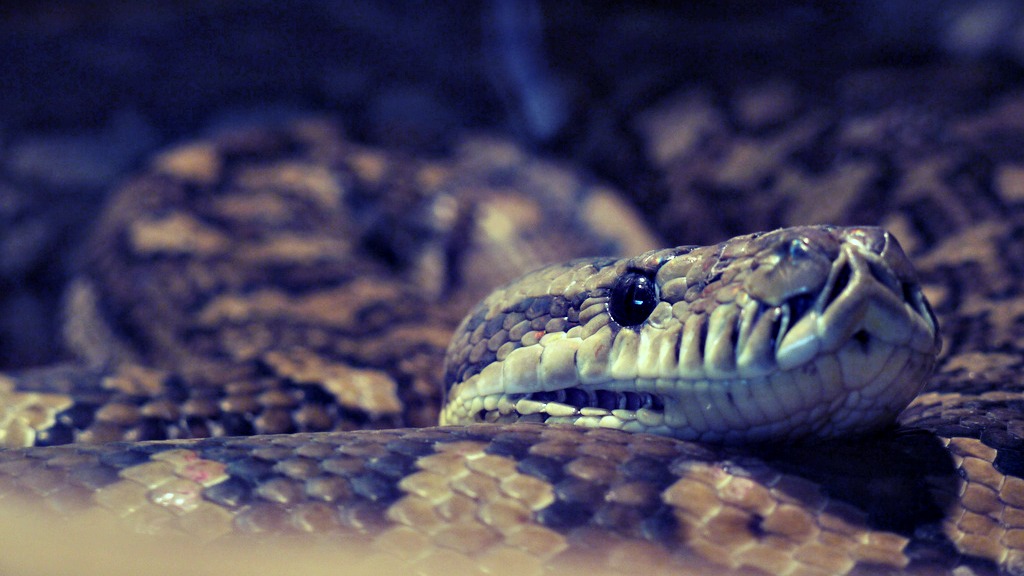 Just what you don’t want to hear about your friendly neighborhood national park: It’s crawling with up to 100,000 terrifying pythons that officials have given up eradicating. This is true of the Everglades, where the snakes are so stealthy, even trackers with radio transmitters couldn’t spot pythons just a few feet away.

The Everglades tried to make Capture the Snake happen (for once, not sexual innuendo!), but it was a huge flop, writes the Washington Post:

Last year, Florida organized a month-long hunt, called the Python Challenge, and enlisted volunteers to help remove its top-priority invasive species from the Everglades. When it was over, the state fish and wildlife commission and other experts came to this conclusion: Evicting the snakes is impossible … [M]ore than 1,500 thrill-seekers, amateurs and skilled hunters who flocked to the event from across the country caught only 68.

But hey, at least something good came of — the biologists who got to examine the dead snakes were delighted. (They’re a special kind of twisted.) They sliced open the pythons assembly line­-style and determined the creatures were feasting mostly on cotton rats, not small children:

It was “the same thing Henry Ford did for making automobiles,” said [biologist Frank] Mazzotti, who oversaw the work. “Instead of putting them together, we took them apart.”

Interesting comparison. Cars are slightly less terrifying than pythons, but sure.

This year, the Florida Fish and Wildlife Conservation Commission isn’t even bothering to have another snake hunt. Instead, it’s just shrugging and making peace with the idea that spending time in the Everglades means living cheek-by-jowl with terrifying monsters (a recent python hunt instead turned up a Nile crocodile, which is if anything worse). Perhaps a new state motto is in order (“Florida: Literally infested with giant snakes, who cares?”). In any case, we’ll be staying out of the Everglades for a while and humming this.